Lil Yachty will return this week with his new mixtape Michigan Boy Boat. The whole thing will hit streaming services this Friday April 23rd, but the Atlanta MC has shared a trailer for the project on Instagram.

Although Yachty is a born-and-raised Atlanta rapper, the 23-year-old has been associating with figures from the Michigan scene (specifically in Detroit and Flint) for years, and now he’s ready to unleash the fruits of fully embedding himself in that world. In the trailer he posted for Michigan Boat Boy, which he initially announced way back in October of last year, Yachty talks about how blown away he is by Michigan’s current crop of rappers, and how he wants this mixtape to serve as a pedestal for their still somewhat underground scene to gain international exposure.

Back in October, Yachty offered a first taste by sharing “Royal Rumble”, a dizzying posse cut that features locals like Krispylife Kid, RMC Mike, Babyface Ray, Rio Da Yung OG and Icewear Vezzo rapping over a contemporary Michigan beat. He shared the mixtape’s fantastic cover art, but the rest of the tracklist and guest features are still spectulative at this piont.

However, it’s very likely that figures like Sada Baby, YN Jay, and Veeze will also make appearances on the tape, per speculation on the project’s Genius page. The Michigan scene has produced some of the most exciting and personable rap music of the last year-and-change, and based on the strength of “Royal Rumble” alone, it sounds like we’re in for a treat. 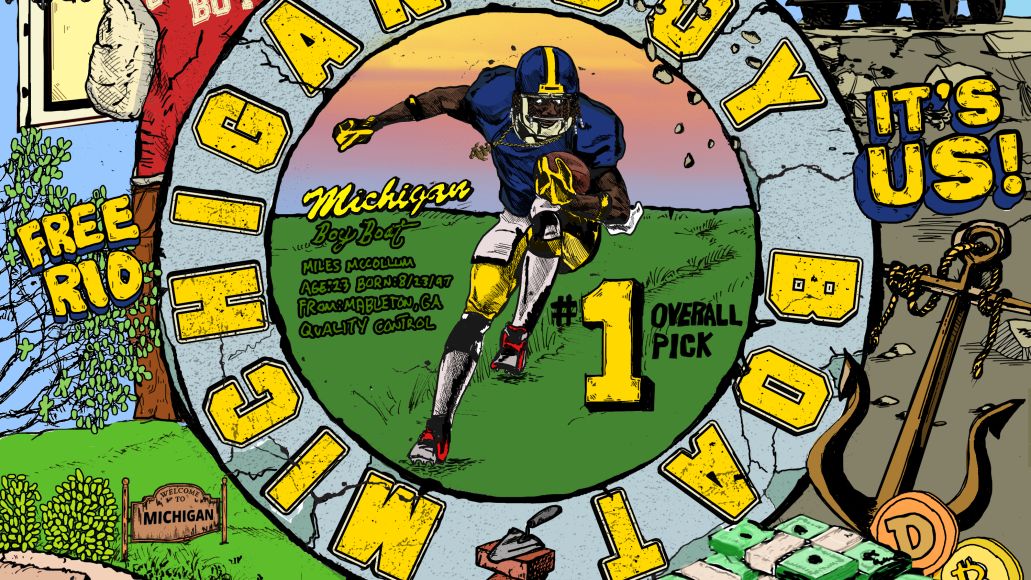