The Pitch: Years after a zombie apocalypse leaves the last remaining shamblers walled off in a long-abandoned Las Vegas, a former soldier named Scott Ward (Dave Bautista) is approached by mysterious tycoon Bly Tanaka (Hiroyuki Sanada) with a proposition: Send in a team to steal $200 million from a vault in his casino within the zombie-infested Sin City, and they get to keep a hefty chunk of the proceeds. That is, if they can survive the beasties inside, grab the cash, and get out before the government nukes the place (on Fourth of July, natch).

It’s an enticing proposition, enough for Ward to assemble a crack team of thieves: his former team members (Ana de la Reguera, Omari Hardwick), a pilot (Tig Notaro), a dweeby safecracker (Matthias Schweighofer), a couple of zombie-killing influencers (Raùl Castillo, Samantha Win), and Tanaka’s sleazy head of security (Garret Dillahunt). But things get complicated quickly when Scott has to deal with a “coyote” (Nora Arnezeder) who smuggles people in to crack slot machines and get rich quick; an abusive, power-crazed border officer (Theo Rossi); and Ward’s estranged daughter, Kate (Ella Purnell), an NGO volunteer looking for a friend lost in the city. On top of all that, the zombies have grown a lot smarter since the last time we saw them…

Snyde Remarks: Between this and the surprisingly-not-bad Zack Snyder’s Justice League, we may well be in the midst of a Zack Snyder-ssaince. In years past, he’s been (not unfairly) criticized as a style-over-substance filmmaker, a purveyor of maximalist schlock whose politics lean nerve-wrackingly toward the authoritarian. But in the ensuing years, amid the flattening of blockbuster filmmaking in the wake of pleasant-but-unchallenging Marvel fare, a strange kind of appreciation has coalesced around Snyder’s go-for-broke stylization. Even when it doesn’t work — when the script gets too bloated or the dialogue too hokey — you can always spot a Zack Snyder joint, a distinction that’s depressingly rare in the world of blockbuster filmmaking.

Snyder’s had Army of the Dead in his brain for more than a decade, having worked on this project in one form or another since 2007. That tracks, given Snyder’s big feature break in the unexpectedly solid 2004 remake of Dawn of the Dead. Army preserves a good, meaty chunk of the former’s wry sense of zombie humor and expands it to fit Snyder’s more ambitious canvas.

Credits Where Credits Are Due: You can tell right away what kind of movie you’re in for in its opening credits, a dazzlingly goofy montage of Las Vegas’ fall to the zombie hordes that also serves as an introduction to the quirks (and surprising pathos) of our main characters. Hot-pink credits slam aggressively onto the screen as an extended Richard Cheese cover of “Viva Las Vegas” plays, zombie Elvis impersonators and Chippendale dancers shambling through casino floors and making merry, slow-mo play with their fleshy targets. It’s a hell of a number to kick off the two-and-a-half hours that follow, the film’s rotted tongue planted firmly in cheek. 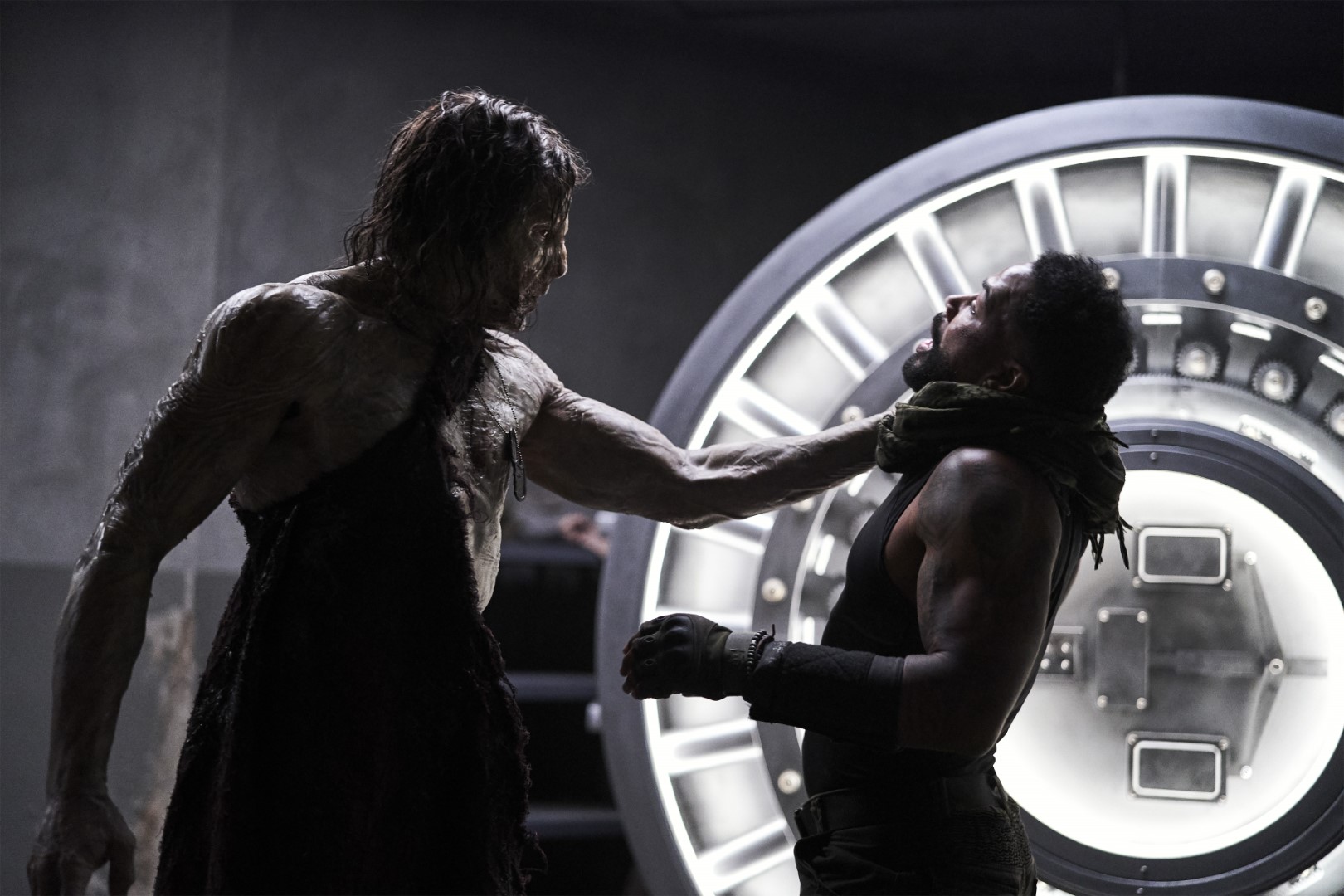 Army of the Dead (Netflix)

With Their Tanks and Their Bombs and Their Guns: Yet for all the blood-splattering, clip-emptying havoc on display (and action stars like Bautista and Hardwick get plenty of chances to dispatch dead-heads in all manner of inventive ways), Army manages to pull off the broad strokes of a thoughtful story of redemption. Ward, like many a beefy protagonist before him, is haunted by the lives he’s had to take — including that of his wife, right in front of Kate’s eyes. The “estranged parent patches things up with his kid amidst a crisis” angle is hardly a new one, but Bautista and Purnell manage to make their occasional moments of connection sing through sheer force of charisma.

The world-building is relatively ambitious, too, with the script (co-written by Snyder, John Wick 3 scribe Shay Hatten, and future Obi-Wan Kenobi writer Joby Harold) hinging on a few neat concepts that have somehow escaped the dreary dead-horse beating of decades’ worth of zombie media. The “alphas,” as they’re called, who run the zombified Vegas behave more like the creatures of I Am Legend than traditional walkers, carving out tentative truces with the humans who come a-calling — provided they serve up a sacrifice in exchange. They stake their territory, have their own strange rituals, and even love each other. And when their lives are disrupted, they grow vengeful — especially Richard Cetrone’s head alpha Zeus, a formidable titan with tremendous physicality and a metal helmet to stave off headshots.

Snyder and co. also play with some subtexts about immigration (the “coyote” character, the poor treatment of displaced marginalized people just waiting for a new place to call home), but that thread fails to go anywhere interesting. It’s hard to watch a film where people check their forehead temperature for signs of infection and not think about the last year too (though I’m sure that was coincidental), but it’s mere flavor in the stew than the main ingredient.

Don’t expect an anthropological look at an alternate take on the zombie apocalypse, though; Army of the Dead is purely, well, brain-dead action, and on that front it delivers. Snyder’s always had a deft hand with this kind of extreme tacticool carnage, and he choreographs it well — particularly as things get even hairier around the third act. Acting as his own cinematographer, Snyder makes inventive use of a number of Red Digital Cameras to create a look so dedicated to shallow focus you’ll start to feel slightly concussed after a while. It takes some getting used to (characters often feel like they’re slotted into green-screen, even when they’re not), but it ends up feeling suitably claustrophobic. 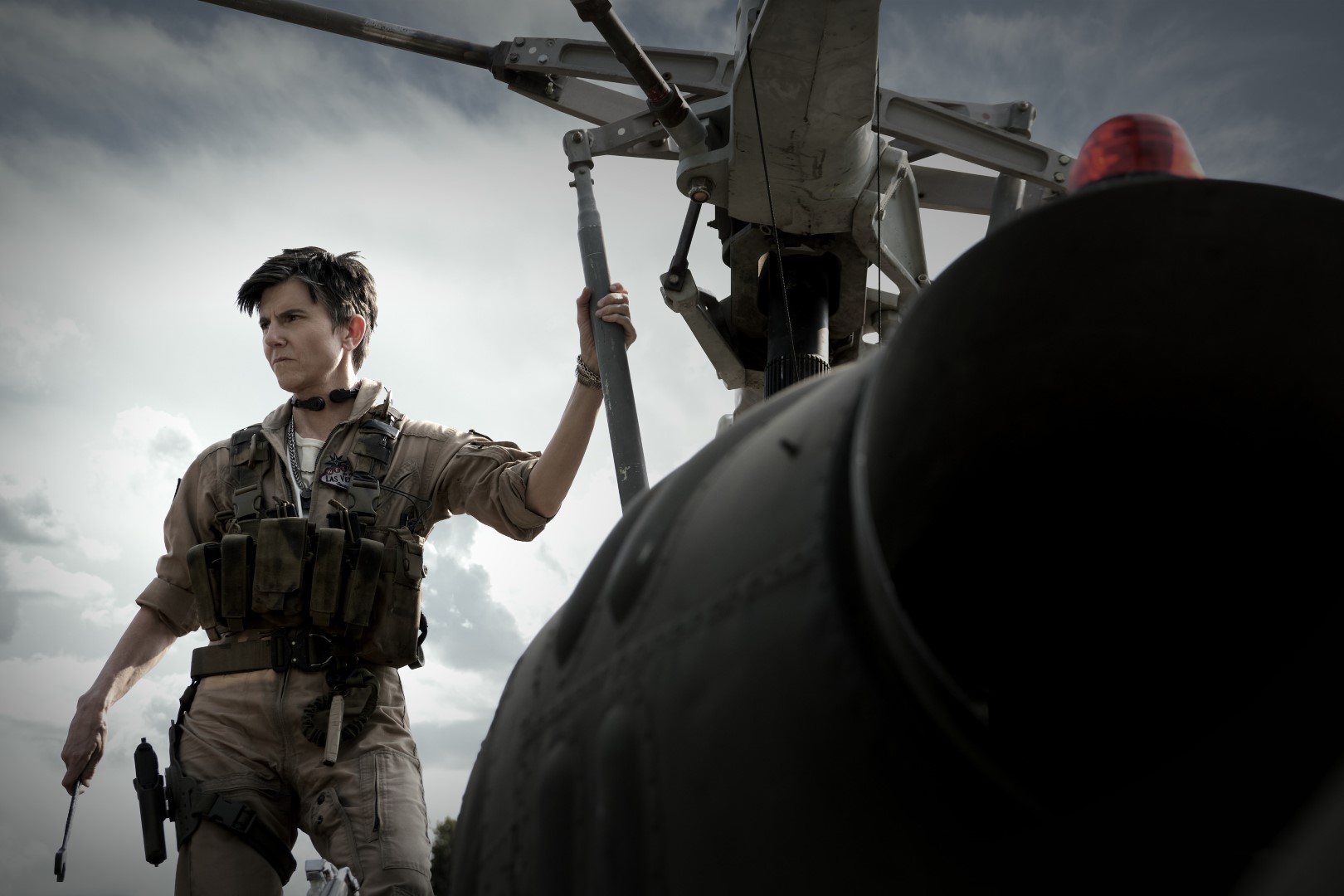 Army of the Dead (Netflix)

Tig-Er King: Of course, much of Army’s weaknesses with script and pacing are shored up nicely by its cast, a game ensemble of character actors and newer faces. Bautista, as expected, anchors the whole thing nicely. He’s an action star with the heart of a poet, a giant as comfortable with poignant heart-to-hearts as he is bashing a zombie’s head into a wall.

Other standouts to the cast include Schweighöfer’s dweeby Dieter, the only guy on the team who’s never killed a zombie before but also the only person on the planet who can crack the safe they need to rob. He and Hardwick have some great moments together, including an uproarious extended sequence where they test the safe’s Temple of the Grail-esque booby traps against an increasingly erratic number of zombie decoys. Dillahunt’s slimy supervisor is a Burke-from-Aliens-level backstabber played with delicious relish. Win, a martial artist by trade, gets an incredible, tense action-horror set piece in a blacked-out hotel kitchen that ought to get her her own franchise toot de suite. And Arnezeder gives off smokey-eye mystique as the one person who knows enough about this remarkably horrifying ecosystem to get at least some of them out alive.

Admittedly, most of the other players get little to do, a casualty of such a large ensemble cast even in a film of this length. Hardwick and De la Reguera are barely blips, for instance, and Rossi and Castillo get barely one note to play.

But we all know that Army of the Dead truly belongs to the one person who wasn’t there for traditional production filming: Tig Notaro, replacing Chris D’Elia in the wake of a host of sexual misconduct allegations against him. We could have only traded up from D’Elia, of course; he was never the strongest, most dynamic presence as an actor. But what a novel pivot in Notaro, whose cigar-chomping, aviators-wearing Peters absolutely steals every scene she was rotoscoped into. She’s the deadpan heart of the piece, and while you can see the seams where she was stitched into the picture, I couldn’t imagine liking this movie nearly as much without her presence.

The Verdict: It’s not all roses, of course; Snyder’s momentum starts to lose steam around the 90-minute mark, and there are too many kooky concepts left frustratingly unexplored.

But as a showcase for Snyder’s deft command of action and ink-black sense of humor, Army of the Dead is an exciting piece of brain-chewing fun.

Where’s It Playing? Army of the Dead rolls the dice on big-budget zombie mayhem in select theaters on May 14th before making its way to Netflix on May 21st.