Bruce Lee Band, the veteran ska project from Mike Park and Jeff Rosenstock, have unveiled the new Divisions in the Heartland EP. Stream it now via Apple Music and Spotify.

Park has fronted the B. Lees since the mid-90’s, while Rosenstock was brought into the fold in 2014. The pair last collaborated together on the 2019 effort Rental!! Eviction!!, which looked at America’s class system through the lens of housing. But Divisions in the Heartland may be their most timely project yet, with a title track that references America’s worrying rise in racist violence. Park sings of, “Men in high places, afraid of mixed races/ Pledging the flag to defend racist cases.”

In March, he opened up on Twitter about what it felt like to write new music following the mass-killing of Asian Americas in Atlanta, explaining

“When writing the songs for the new BRUCE LEE BAND album I was dealing with anxiety, anger, stress, sadness, hopelessness (still am). And now after being in the fetal position of sadness this past week I again turn to music to bring me out of this rut.

These songs were like therapy for me. A chance to yell and play music with friends during a pandemic was more healing than one could ever imagine.

I’m not sorry for being political. But I want healing and unity. Will that ever happen in my lifetime? With all my heart, I hope so.”

Divisions in the Heartland scorches through five tracks in 11 minutes, and includes “BLT”, which features Rosenstock singing Korean lyrics written by Park. This is just the latest exploration of ska from Rosenstock, who recently turned his 2020 LP NO DREAM into a new album called SKA DREAM. On June 10th, he’ll play the Doomin’ Sun Fest livestream, which is free to attend and accepting donations through the event website.

THE BRUCE LEE BAND "division in the heartland" https://t.co/MXLeh3Ju4C pic.twitter.com/KrzuuqEJOi

Division in the Heartland EP Artwork: 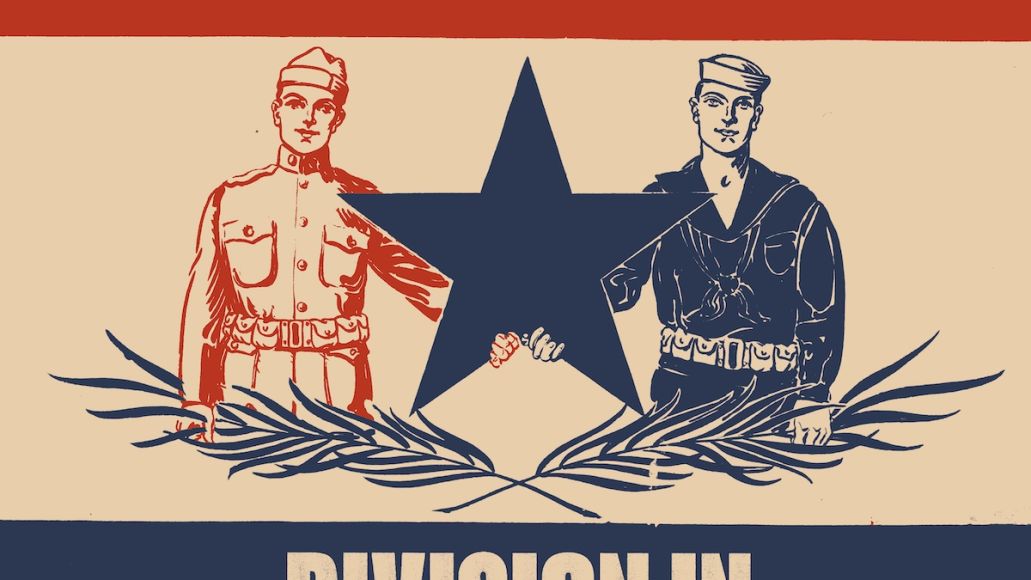