On New Year’s Eve 2021, MF DOOM’s family announced that he had passed away on Halloween three months earlier. No one knew that he was gone; most had assumed he was staying quiet. DOOM wasn’t a rapper that told the public everything he was doing. When he worked, he put it out and let it marinate; his career was built on hiding in plain sight.

The hip-hop community mourned the loss and paid tribute. The Grammys added DOOM to their “In Memoriam” section, an honor that underground rappers rarely get. Meanwhile, fans wondered whether we would get any postmonthous music from DOOM, who was always working.

Enter Czarface, a supergroup consisting of Wu-Tang Clan member Inspectah Deck and underground hip hop duo 7L & Esoteric. Super What?, released on May 7th, is Czarface’s second collaboration with DOOM; the first was the 2018 album Czarface Meets Metal Face, which didn’t get the fanfare that each artist was accustomed to at the time, but still struck a nerve. Super What? was recorded prior to the pandemic, and was originally planned for April 2020 before COVID shelved such plans. Ultimately, DOOM didn’t get to see its release, but on it, his spirit is intact.

Hearing DOOM on this album is a resurrection of sorts. “DOOM Unto Others” is an example of what made the man behind the mask beloved, and his monotone and multi-syllable rhyme schemes are reminiscent of his prime. “More bones than old than friends stored where more is cold/ Made more gold probably than all the box of horse show.” That’s the type of bar, delivered in dips and dives all over the beat, that made DOOM a beloved underground figure. In that verse alone, many articles of clothing and nouns in a Madlib book are spoken about: fresh Timbs, Triple X pornos, pork, and foreclosed locks. If being coded wasn’t his shtick, DOOM would barely be legible. Yet, it still sounds like the coldest. He isn’t tricking you; he’s just speaking the way DOOM speaks in his world. It remains the best rapping you’ll ever hear.

For his part, Estoeric is solid: He bounces off of DOOM’s world with pop culture references that youngsters will understand, but he’s strictly a supporting player on this album. (Cliff Booth of Quentin Tarantino’s Once Upon a Time in Hollywood comes up on “Mando Clarrisian”.) None of these verses will compete for the best Wu-Tang verses in the late ‘90s, but he’s still the same guy who taught us what “old earth” meant in Five Percenter language.

To see Inspectah Deck and DOOM is to see generations of black man language being spoken. Five Percenters say that 10 percent of people teach the poor lies, and 85 percent are mental slaves. Inspectah Deck and DOOM belong to the five percent of people who know the true game — who have taught the ten percent. “God’’ doesn’t just mean Allah, but it is to be the father of the whole earth, and it is something you say to one another like normies say “Hello.’’ This album has that chemistry that you can only get from those who know knowledge, wisdom, understanding, culture, and power: the first five mathematics.

Nothing that these competent men are going to make is bad, but for rappers who are able to make music both personal and inimitable, the music is surprisingly light. It’s good, but that’s all. The production is solid enough, but it is like reaching for DOOM’s own production or the avant garde of Madlib, and getting to Joey Badass/Pro Era level. DOOM and Deck have, after all, made generational music with generational production talents such as RZA and the aforementioned Madlib.

On Super What?, production duo The Czar-Keys (7L & Todd Spadafore) are certainly competent: “Mando Calrissian’’ is the closest they get to becoming a canvas that Deck and DOOM need, but they never quite elevate their rappers to heights. Take something like “All CAPS” from 2004’s Madvillainy: Madlib’s beat is the wave and DOOM is surfing with effortless precision. It’s a harmony that sounds like a conductor waving his arms around. You don’t know how everyone is following it, but they sure are. That’s missing on this tape. The beats are the beats, but it never feels like they’re conducting these great players. There’s a difference, and listeners can identify that in the music.

Most will likely remember Super What? for being the last tape that DOOM recorded while alive. If not for the pandemic, he would have heard this before his passing. With DOOM having some great verses on this, it is a reminder how sad it is that he is no longer with us. A family lost a husband and a father. We lost a titan. We lost a man who was beloved despite being impenetrable. Not in his music, granted, but outwardly. We loved DOOM like we could see his face, despite the fact that we could only see his soul. His words were his face and his mystique was what bonded us to him.

DOOM hid his face in a mask and embraced the villain. Though his face was guarded, he demanded that his name be spelled with all caps. He was an example of life and the places it takes you, even in a world that wants people like you to relatively stay in one place. 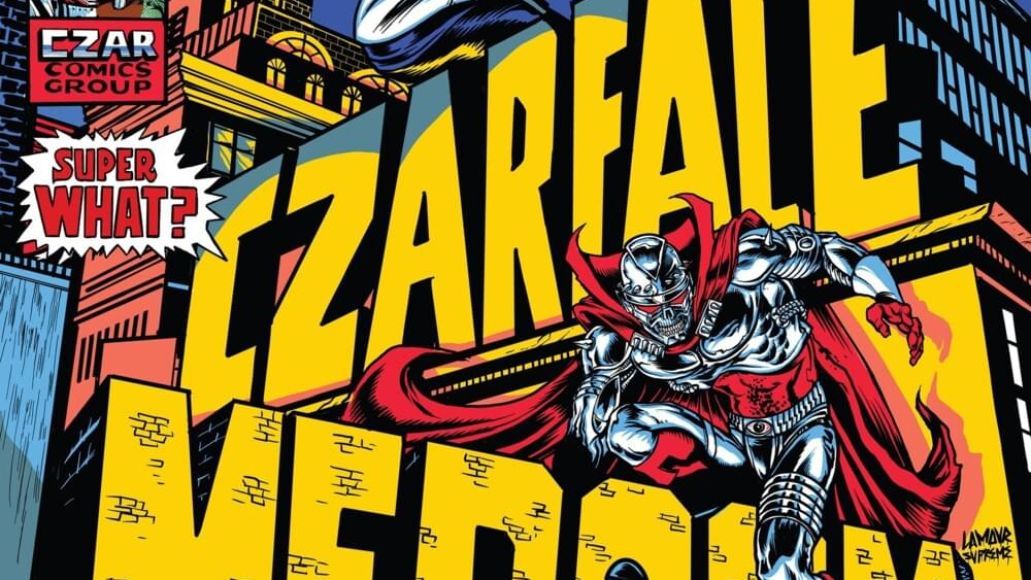