Descendents have announced a new album, 9th & Walnut, that features the legendary punk act’s classic early lineup. In advance of its July 23rd release via Epitaph, the band has unleashed the first single, “Baby Doncha Know”.

The California punk band’s early lineup of guitarist Frank Navetta, bassist Tony Lombardo, and drummer Bill Stevenson actually hit the studio to record 9th & Walnut in 2002. The material was culled from songs that were initially conceived or crudely recorded during the band’s early years of 1977 through 1980, including ones that were written before singer Milo Aukerman joined the band in 1980.

The tracks had remained dormant for nearly two decades, with Navetta tragically passing at the age of 46 in 2008. During the pandemic, Stevenson finally decided to revisit the recordings, sending them to Aukerman to add vocals. The result is 17 original tracks that were written during the band’s formative years, as well as a cover of The Dave Clark Five’s “Glad All Over”.

Regarding the first single, Stevenson stated, “‘Baby Doncha Know’ was maybe the fifth song we learned. We would go out to 9th & Walnut every weekend and practice all day. I mainly just remember being in awe of how ‘a kid my age, who goes to my high school’ could have written all these cool songs. Frank seemed to have a maturity beyond his years. I never asked him who or what it was about. I was just happy to be there with him and Tony.”

Aukerman recalled seeing the band rehearse a number of the songs on the album prior to joining the group, telling Rolling Stone, “I went to go see them practice, and the songs they were playing were these songs. I actually sang ‘It’s a Hectic World’, and then shortly thereafter, they asked me to join. But by that time, some of these songs had already been kicked off the set list.”

The lineup of Aukerman, Navetta, Lombardo, and Stevenson is the same one that recorded Descendents’ seminal debut album, 1982’s Milo Goes to College. It was the only LP to feature that lineup (until now), as the band would go on hiatus in 1983, with Navetta never returning and Lombardo leaving shortly after the band got back together in 1985. Since 1986, Stephen Egerton and Karl Alvarez have been the band’s guitarist and bassist, respectively.

It was also just announced yesterday that Descendents would be taking the place of NOFX as a headliner at the 2021 Punk Rock Bowling festival this September in Las Vegas. NOFX decided to bow out upon receiving hate messages for the crude jokes they made a few years back about the 2017 mass shooting that killed more than 50 people at a country festival in Vegas.

Descendents’ 9th & Walnut album is available for pre-order in various physical formats from the band’s official store and digitally via Amazon. Take a listen to “Baby Doncha Know” below. 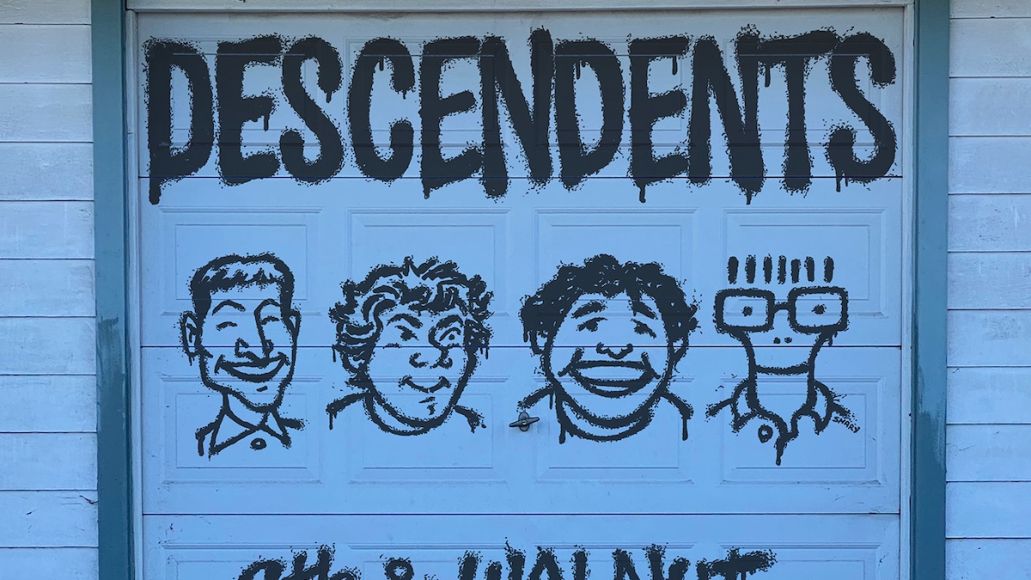