DEVO co-founder Gerald Casale has announced a reissue of his 2006 album AKA Jihad Jerry & The Evildoers. It comes out June 12th via Real Gone Music. But that’s not all! The reissue’s expanded tracklist includes a new single called “I’m Gonna Pay U Back” that sees Casale reuniting with his DEVO bandmates for the first time in 10 years.

“I’m Gonna Pay U Back” is a massive track with ominous bass, jagged guitars, and eerie new wave synths that pulse throughout. Joining Casale on the track are other DEVO members Josh Freese and Josh Hager, plus Steve Bartek of Oingo Boingo, which explains why it recalls the creative genius of DEVO in their heyday. Stream the single below, and keep your eyes peeled for a music video later this summer.

This reissue marks the first time ever that AKA Jihad Jerry & The Evildoers will be available on vinyl and deluxe CD. However, only the CD reissue boats five bonus tracks: this new single along with an instrumental version of it, “Pieces Of Joe”, “Huboon Stomp”, and “The Manifesto”. Fans who prefer their music on wax can also grab a 7-inch single of “I’m Gonna Pay U Back” with “Huboon Stomp” as the B-side.

The LP comes in clear with black, red, and white swirl and will be limited to 2,000 copies for Record Store Day on June 12th. The deluxe CD, which comes with those five bonus tracks, and the 7-inch vinyl single in metallic gold will both come out later on July 9th.

The Story Behind Devo’s Surprise Breakout Hit “Whip It”

Pre-orders for the reissue of AKA Jihad Jerry & The Evildoers are currently ongoing. Check out the cover artwork and tracklist for it after the jump.

AKA Jihad Jerry & The Evildoers Artwork: 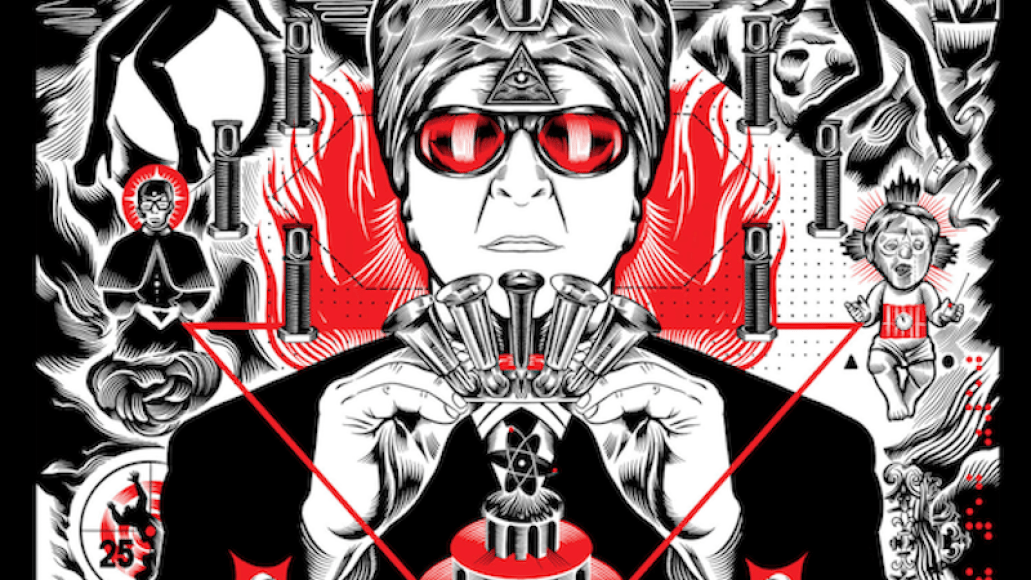