Heavy Culture is a monthly column from journalist Liz Ramanand, focusing on artists of different cultural backgrounds in heavy music as they offer their perspectives on race, society, and more as it intersects with and affects their music. The latest installment of this column features an interview with Chthonic frontman Freddy Lim.

Freddy Lim has intertwined his life as both a politician and musician. In 2020, Lim was re-elected to Taiwan’s parliament, where he first won a seat in 2016. He’s also been going strong as frontman of the Taiwanese metal band Chthonic for more than 25 years.

As countries around the world continue to have COVID concerns, Taiwan found its groove in a new normal since June 2020, with restaurants open and sporting events taking place with safety measures in place. In March of this year, Chthonic headlined Taiwan’s Megaport Festival, which featured 100 artists on 10 stages. The sight of a metal band playing in front of tens of thousands of people in the midst of a global pandemic was unthinkable just a short while ago.

In this latest installment of “Heavy Culture”, Lim discusses the progression of the rock and metal music scene in Taiwan, as well as being part of the last generation to grow up under Marshall Law. He also talked about his role in politics and the rights he’s fighting for, as well as the inspiration he gets from activists and his continued optimism for Taiwan’s future.

Lim and Chthonic are also exclusively premiering the video of the band performing “Oceanquake” at the aforementioned Megaport Festival. The footage is absolutely stunning, as a sea of people watch Chthonic’s electrifying live show. The concert performance is being released as the Chthonic Megaport 2021 live album and video on May 26th, with pre-orders available here.

Check out the live video of “Oceanquake” (featuring added vocals of Audrey Tang, who guested on the original track) and read our interview with Freddy Lim for the latest installment of “Heavy Culture” below.

On the pandemic and his optimism for 2021

It’s been a bit weird because although the pandemic has been contained in Taiwan but it’s more difficult in other countries dealing with the pandemic. In Taiwan we got back to regular life, we go to baseball games, we go to the movies and concerts, rock festivals are still going on schedule.

Of course in the first few months of the pandemic, last February, it was tough. We tried out best to follow the rules and guidelines that were announced in Taiwan by the CDC. On the other hand, since 2019, the pro-China populist political forces have been quite strong. The election last year was successfully protected our democracy and freedom in Taiwan.

On his political viewpoints and involvement in politics

In 2015, I decided to run for parliament and I think it’s because I’ve been encouraged by a lot of young people especially some activists who have been [Chthonic] fans for a long time. Our songs have inspired fans to not only enjoy metal but to read between the lines and think about what you would fight for in society and some fans have followed in our footsteps. As I’m getting older, I’m finding out that our fans are more active.

From 2013 to 2015, a lot of fans got involved in the social movement, so I thought we should do something and join forces in the political movement. In 2016, I successfully won a seat that was dominated by a conservative congressman for five terms and then I got re-elected in 2020, defeating the same opponent. My district has been considered one of the most conservative in Taipei, so I cherish this opportunity.

I represent not only the young activists, not just metalheads but I support progressive values like same-sex marriage and aboriginal rights. I have been the chairman of Amnesty International. I won two terms for four years. It was not easy to win these seats which went to conservative people for many years.

There have been many younger political activists that have been involved in politics more than before. Two years ago Taiwan was successfully the first country in Asia to legalize same-sex marriage and human rights and values have been improved as well. But we are still dealing with conservative extremists and they have combined with the pro-China forces. It’s not easy but the younger people have come out to protect the rights that we have and to improve on issues we have.

On democracy in the US and Asia

Both parties in the U.S. have supported Taiwan a lot. Taiwan is a strong ally to the U.S. in this region and now Taiwan is a symbol of democracy in Asia. You can see in Myanmar and in other countries in Asia that their democracies are damaged. There are a lot of people from other Asian countries who come to Taiwan to observe campaigns and what they could do so I think we are a beacon in this region. I think the support of Taiwan can meet the interests and benefits of the U.S., and I think there are a lot of people who share the idea of human rights and democracy in this region.

On Taiwan as a sovereign state

On growing up in Taiwan and its music scene

I was the last generation educated under Marshall Law — Taiwan went through 38 years of Marshall Law; the tyrant government was sent by the allies after World War II so Taiwanese people didn’t have to choice except to accept a government. I was not allowed to be Taiwanese and I was educated with a lot of restrictions — a lot of books were banned, a lot of music was banned, even a lot of languages were banned. My grandparents spoke Taiwanese but I couldn’t speak their language — so we were educated in a very strange way to follow the authoritarian government.

During high school, democracy was improved by activists in Taiwan and the authoritarian government didn’t have power anymore. A lot of books, music and ideas were allowed. I was the generation that experienced a lot of different and diverse information.

I remember when I was in high school or early university when I started listening to a lot of death metal and thrash metal that used to be very underground. The music scene was improved as well, a lot of people started to write music and play their own original music – songs against the government, songs to express their own ideas in the nineties. Chthonic was formed in late 1996 and we’re a part of that movement, as well.

International metal bands started coming to Taiwan as well. My first concert, I think, was Skid Row when I was 17 years old, and even though the Marshall Law was lifted [before that] the press criticized Skid Row because Sebastian [Bach] said a lot of curse words onstage. He’s one of my all-time favorites. Back then, the society in Taiwan, the press, didn’t understand that kind of show.

On what his parents thought about his love of metal

They thought I was crazy. I still can remember, my father used to throw away my CDs and [band] t-shirts because of the extreme language on the shirts. My father hated those shirts and didn’t allow me to have long hair. After I went to university I didn’t give a shit, I moved out.

I think a lot of the parents in Taiwan had the same experience as my parents, now they are trying to grow with the democratic movements and trying to understand what their kids are doing. When I was in high school, my dad hated gay people and I debated with him about LGBTQ rights then, but now he supports these rights. I think in the last two or three decades Taiwanese people learned a lot, different values, trying to educate ourselves and improve ourselves.

The music I loved in high school was never understood and it was always criticized in a bad way, not only by my parents but by teachers and by society. In 2002, our album Relentless Recurrence got Golden Melody awards in 2003, considered the Taiwanese version of the Grammy Awards. When we got the awards that year – even though my parents might still not understand what we’re doing but at least they have something to show off to the relatives and friends.

After a few years, even my mom knew some of my songs, it’s inspiring. Older generations go to Wacken Festival and different festivals but in recent years it happened in Taiwan, too. People of different generations have anger that they want to express with music and metal is that kind of music. I think Taiwanese people tried to be more positive to learn about different cultures and music throughout the decades. 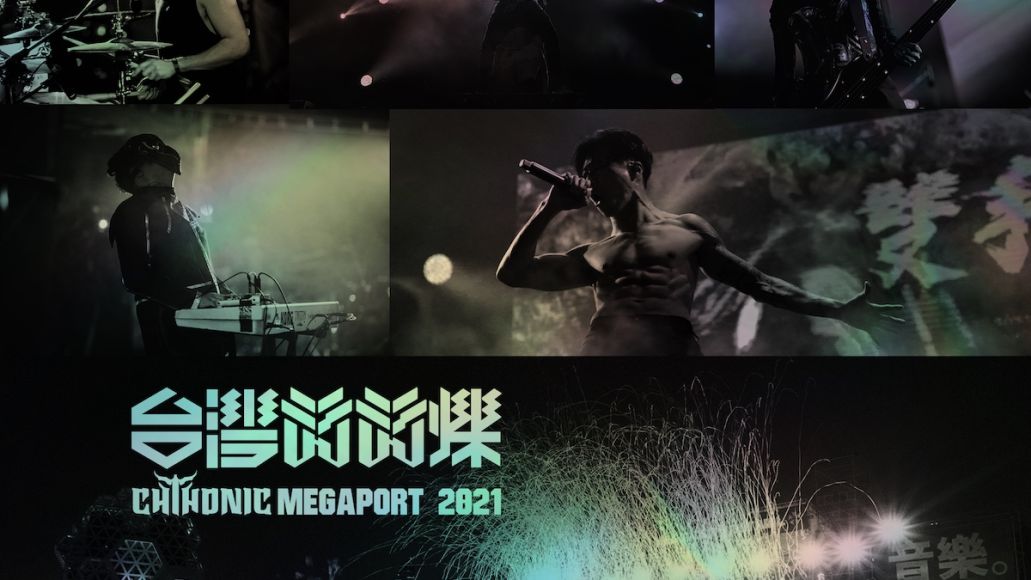