Because tattoo artist and reality star aren’t enough, Kat Von D has decided to add musician to her list of accomplishments. To that end, she has announced Love Made Me Do It, her new album out August 27th, and shared its lead single, “Exorcism”.

In a smart move, Von D didn’t attempt to record the LP without recruiting some major assistance. Clocking in at 12 tracks, Love Made Me Do It saw her collaborating with some big names, including Dave Grohl, Linda Perry, Peter Murphy, Dave Sitek of TV on the Radio.

According to a press release, the self-described “collection of all my hopeless romantic thoughts poured into one album” has been years in the making. She drew upon classical piano training and worked extensively with vocal coach Ken Tamplin before linking up with Perry in 2012 and recorded the original version of the project in 2014.

On the lovelorn track, she dramatically sings about falling head over heels in love. “Before you I could recognize myself,” she croons. “You tore into, and now I’m someone else/ Who can’t go on, not the way you do/ ‘Cause I’m falling, turning black and blue.”

In a statement, Von D broke down the horror-film-inspired song. “I loved the idea of tying the act of being possessed by something outside your control to what love can sometimes feel like; losing yourself in someone else, and sometimes it leaving you black and blue.”

She co-directed the music video, which features contortionist Brynn Route, with Aaron Krummel. Watch it below.

Pre-orders for Love Made Me Do It are ongoing. Fans can purchase limited edition signed red vinyl, cassettes, and CDs, as well as hoodies with her star face tattoos on the hood.

Love Made Me Do It Artwork: 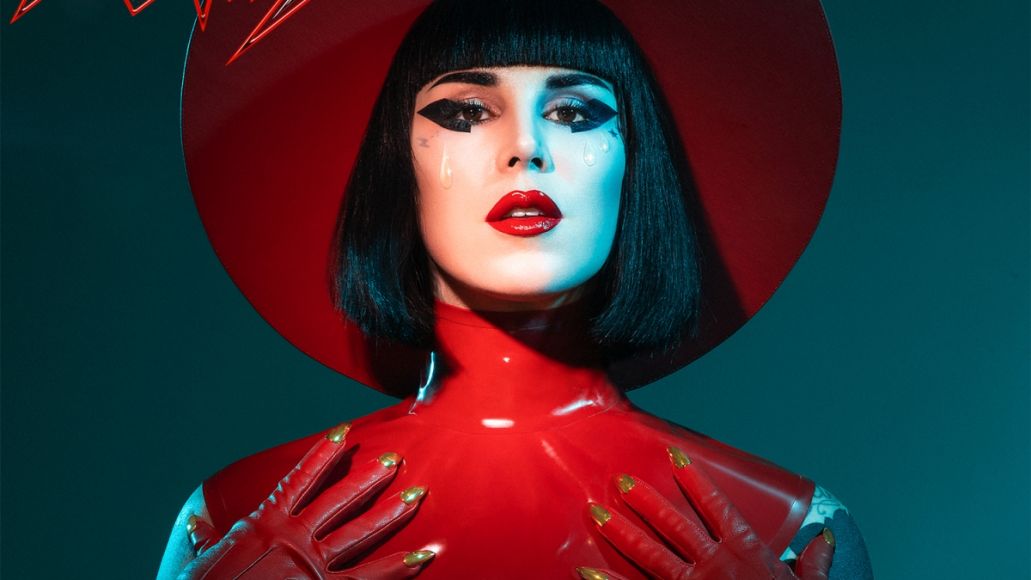