Heavy psych act King Buffalo are set to release The Burden of Restlessness on June 4th — the first of three full-length albums they have planned for 2021. Ahead of the first LP, the Rochester, New York, trio is premiering the video for the single “Silverfish” exclusively via Heavy Consequence.

Stoner rock connoisseurs might be familiar with King Buffalo from their 2016 debut Orion and 2018’s excellent Longing to Be the Mountain. Before the pandemic, the band was active on the Northeast touring circuit, frequently driving down to appear on bills in New York City.

It appears all the practicing and live sets paid off — especially if King Buffalo have accumulated a whopping three LPs worth of material. “Silverfish” hits the sweet spot between psych and stoner metal, floating along rather than dogmatically plowing ahead in linear fashion.

“We knew pretty immediately that ‘Silverfish’ would be a single from The Burden of Restlessness,” drummer Scott Donaldson said. “It encapsulates the feelings of angst and isolation that cascade throughout the entire record.”

Compared to past King Buffalo songs, the track has a bit more bite and edge, guided by a repeating modal guitar lead. Fans of Elder, OM, and Motorpsycho will surely get a warm fuzzy feeling.

“[Singer-guitarist] Sean [McVay] started with the simple lead line and developed it into one of the standouts of the album,” Donaldson explained. “Having Mike direct was a natural progression, since we’ve worked with him numerous times. The visual accompaniment adds to the uneasiness of focusing on something for too long and losing yourself in it.”

The Burden of Restlessness is steeped in the past year of distress and emotional distance. The band wrote the songs “over the course of what most would consider a pretty stark and stressful time period,” explained McVay.

“The end result is our darkest, most aggressive, and most intimate work to date,” the singer-guitarist added. “We are extremely proud of what this record became.”

The new album was recorded by King Buffalo in Rochester at the Main Street Armory in December 2020 and January 2021. McVay handled production, engineering, and mixing. The LP was mastered by Bernie Matthews.

Pre-order The Burden of Restlessness via the band’s webstore. It will also be released in Europe via Stickman Records. Watch the video for “Silverfish” and check out the album art and tracklist below.

The Burden of Restlessness Artwork: 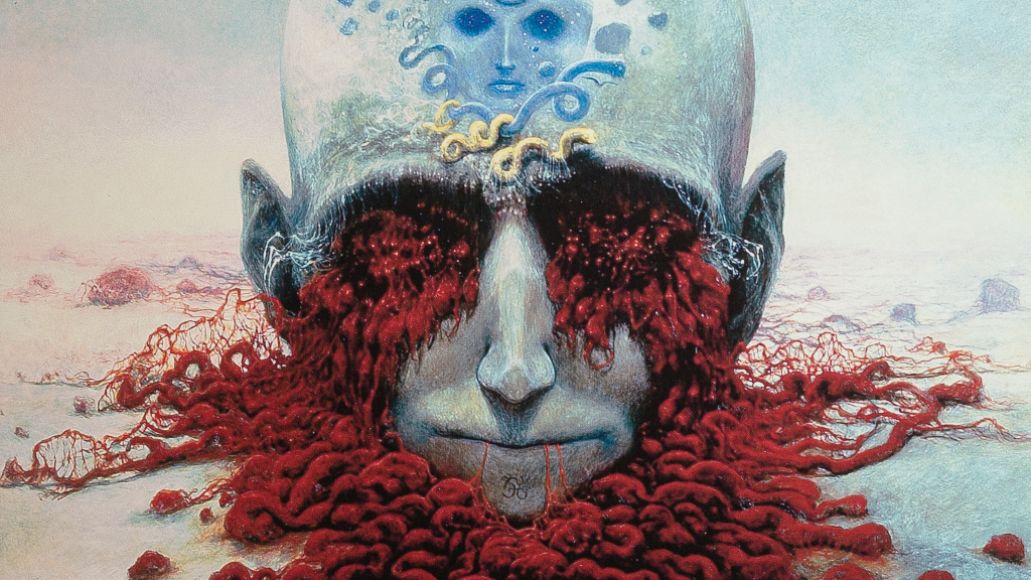