Considering the pedigree of the musicians involved, the new song is a slab of classic heavy metal worthy of the “Priest” nomenclature. Downing’s fierce guitarwork and Tim the Ripper’s vocals are right out front, with the remaining complex instrumental parts being played by bassist Tony Newton, guitarist A.J. Mills, and drummer Sean Elg.

KK’s Priest is an update of sorts on the Ripper-era of Judas Priest. Owens fronted the UK metal legends for 1997’s Jugulator and 2001’s Demolition during Rob Halford’s decade-long absence from the band. Compared to those albums, the new project is more in line with the classic Judas Priest sound, if slightly thrashier.

“We are delighted to finally be able to release our first track to the world,” Downing said in a press release. “It gives a real flavor of the sound and showcases the amazing players I’ve got in this band. We can’t wait for the fans to hear the record.”

Downing formed KK’s Priest in early 2020 after playing some reunion shows covering Judas Priest hits with guest musicians. The guitarist left Judas Priest in 2011 after more than 40 years with the band.

“Forging ahead with KK’s Priest was not only inevitable, but was essential for me to perform and deliver everything that is expected from me and KK’s Priest,” Downing said at the time. “Due to the massive demand and overwhelming support from fans around the world, I feel this is where I belong, and a set combining the true, classic songs and sound of Priest, together with great, newly forged metal tracks, is what fans can expect when KK’s Priest takes to stages around the world.”

The group plans to tour when “current restrictions are lifted,” with further details to be announced, according to the press announcement.

You can pre-order the 10-track album via the band’s online store or Amazon ahead of its August 20th release date. Watch the video for “Hellfire Thunderbolt” below.

Sermons of the Sinner Artwork: 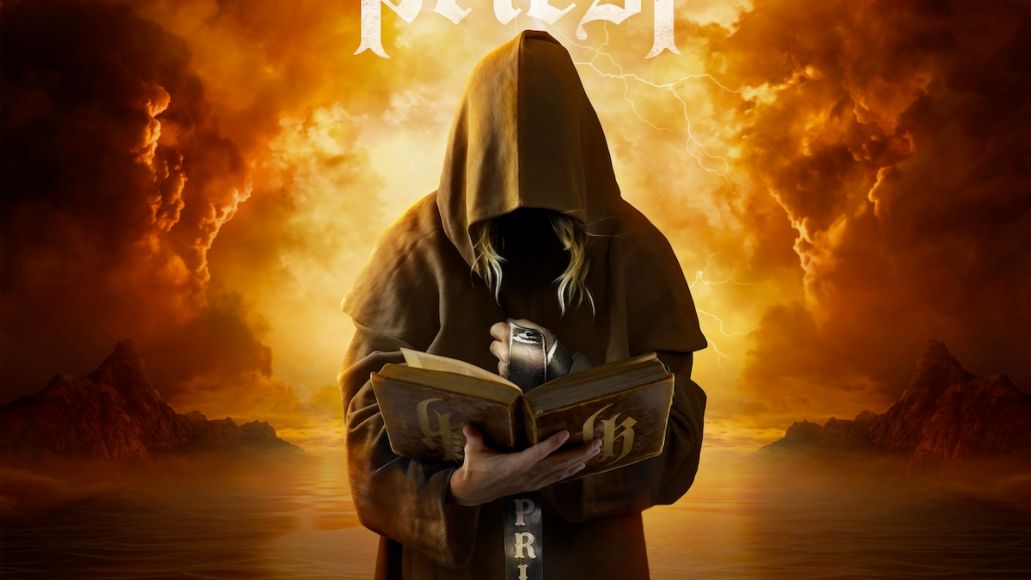 Sermons of the Sinner Tracklist:
01. Incarnation
02. Hellfire Thunderbolt
03. Sermons of the Sinner
04. Sacerdote Y Diablo
05. Raise Your Fists
06. Brothers of the Road
07. Metal Through and Through
08. Wild and Free
09. Hail for the Priest
10. Return of the Sentinel