The Pitch: Aziz Ansari and Alan Yang’s Master of None has always styled itself as the thinking-person’s streaming dramedy, offering an arthouse-influenced look at the life of struggling actor Dev (Ansari) and his halting, insecure travels through love and life as an Indian-American man in New York City. Four years after the release of the second season, Master of None finally returns, though not with Ansari at the center — likely due in no small part to his semi-cancellation in the wake of sexual misconduct allegations whose nature (and the extent to which Ansari has reflected and apologized) remain under fierce debate.

Instead, Ansari has chosen to take the focus off himself, moving behind the camera to direct five episodes of a spinoff season subtitled Moments in Love, centered on Dev’s writer friend Denise (Lena Waithe, who co-writes) and her marriage to Alicia (Naomi Ackie). Denise and Alicia are well into their thirties, the former having moved them away from the city to a bucolic cottage in upstate New York, where she can focus on writing her followup to a smash-hit debut novel that’s brought her unexpected notoriety.

But amid the green fields and knotted trees of their pastoral getaway (one coated in vintage trappings and beautiful Black art), there’s trouble in paradise. Infertility, infidelity, and a host of grander existential problems await them, and the jury’s out as to whether their marriage will survive — or even if it should.

Good Things Come to Those Who Waithe: Despite only clocking in at five episodes and approximately three hours of screentime, Moments in Love requires a good deal of patience and attention to get through, at least in its early stretches. Ansari’s hyperactive, neurotic presence always anchored Master of None in a sense of fun, even as the show waded into more complicated territory, which can make Moments in Love feel incredibly slow and deliberate. After all, this is a season centered around Waithe, who’s always been a much more low-key, acerbic performer on screen.

That distance is key to understanding Denise, a woman who keeps herself at a distance to avoid having to risk anything, but it can make the elements that center around her harder to engage with. Waithe keeps us at as much of a distance from her as the camera does, but that’s the point: she’s frightened of committing too hard to a domestic life she doesn’t feel comfortable in, especially when the allure of newfound success begins to intrude on that life. 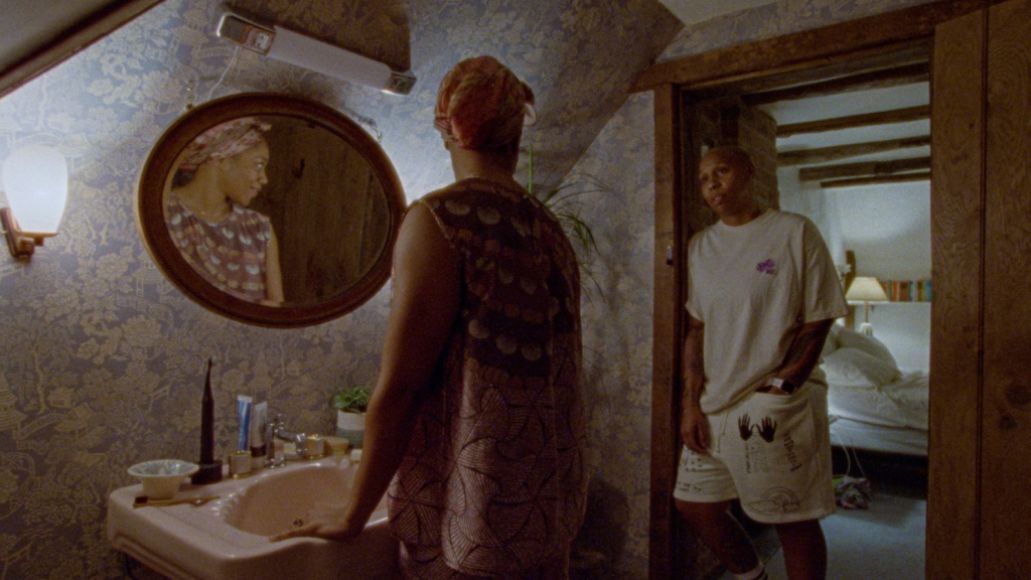 Master of None: Moments in Love (Netflix)

Ackie, on the other hand, is a vibrant and deeply human presence throughout the season, contrasting Denise’s standoffishness with a self-willed optimism for the world. Much of her story centers around her difficulties with fertility, and the penultimate episode allows us to spend a solid hour with her as she commits 100% to her desire for a baby. Where the other episodes play out almost entirely in wides, leaving the audience searching for the expressions on our subjects’ faces, episode four pushes us close to Ackie’s expressive visage.

We see her react to skepticism from fertility doctors (“We’ve got a policy for ‘attacked by orca’, but not one for ‘queer and desires pregnancy'”) and encouragement from her mother alike, Ackie filling the screen with indelible warmth and beauty throughout. “I’m a bad bitch, and you’re going to be a bad bitch with me,” she tells her fertility doctor after a series of failures, an acute distillation of the kind of resolve you need to have when life keeps denying you its bounty. It’s a stellar hour, one worth the patience of sitting through the episodes that precede it.

Marriage Story: From the first episode, a fifty-minute opus introducing us to the beginning of Denise and Alicia’s many problems (including Denise’s desperation to cling to her fleeting success and Alicia’s heartbreaking attempts to get Denise on board with having a baby), Ansari soaks us in lingering tableaus in which entire scenes play out in one or two static setups. We see the everyday rhythms of their lives — folding laundry, waking each other up in the middle of the night, feeding chickens — set against grainy-yet-evocative 16mm photography courtesy of Thimios Bakatakis. What laughs there are to be mined come mostly from Waithe’s almost-too-dry Denise, a master of deflecting difficult questions with tossed-off witticisms.

Where the first two seasons of the show cribbed influences from The Bicycle Thieves and Woody Allen, the third season is pure Bergman — specifically Scenes From a Marriage, right down to the similarly-styled title cards. Observational comedy about the fast-paced life of the big city and cross-cultural family pressures gives way to something more somber yet delicate this season. When we followed Dev, we learned about the pressures of intergenerational cultural divides, the nervous rhythms of love in its early stages, and so on; here, Denise and Alicia strain against the expectations (and inevitable rifts) that come when you reach the mid-point of your life and begin to wonder whether you’ve settled for the right thing. Episode one heavily features Alicia’s idealistic entreaties to try for a baby with Denise, who not-so-subtly views it as a responsibility (and anchor) she’s not ready for. 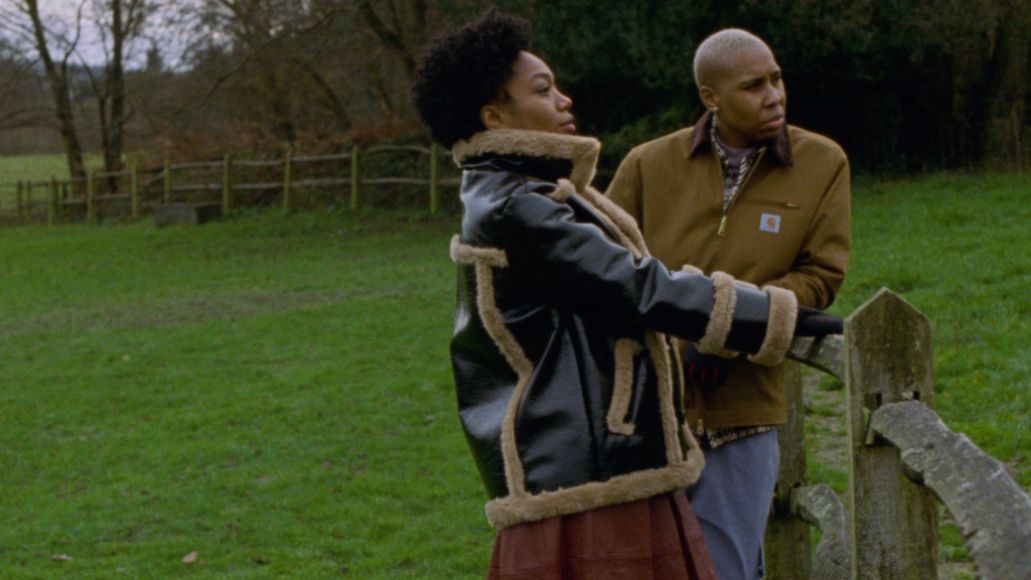 Master of None: Moments in Love (Netflix)

The Verdict: “Why’s the people we’re supposed to be so damn boring?” Denise asks Alicia at one point in Moments of Love, the two sitting in a tub, reflecting on all they’ve been through. It’s a remark that feels self-consciously attuned to the pace of the season, but also evocative of the homonormative constraints they’ve been living under up to this point. When the season shows them happy, they’re breaking that mold: dancing in front of the washing machine to “Everybody, Everybody,” joking with each other in the middle of the night over whether they’d lick someone’s armpits every day for the rest of their life to save the other’s life, and so on. Contrast that with Waithe eating a burger along in her car while listening to opera, or the intimidating close-ups of the mountain of boxes of fertility drugs Alicia has to take for her IVF regimen.

Those moments, subdued as they are, cut to the heart of the season’s primary concern: interrogating the ways we move through the world both with and without a partner (or, as the poignant final episode alludes, with a path for something other than monogamy). The slowness of Moments in Love is likely to frustrate a lot of viewers, especially those more attuned to the breezier, more life-affirming seasons that preceded it. But by paying such adoring attention to the mundane, Ansari and Waithe argue that it’s those small moments of connection, however fleeting, that matter more than the big, sweeping gestures we associate with romance. Even in monotony, we can find joy; whatever the future holds, there’s value in appreciating the now.

Where’s It Playing? Master of None: Moments in Love peers in at love struggling from a distance on Netflix on May 23rd.