With our Track by Track feature, artists guide listeners through each song on their latest full-length. Today, May Artist of the Month McKinley Dixon dissects For My Mama and Anyone Who Look Like Her.

DMV area hip-hop artist McKinley Dixon has today released his new album, For My Mama and Anyone Who Look Like Her. Coming from Spacebomb Records, you can stream the LP below via Apple Music and Spotify.

For My Mama completes a trilogy Dixon launched as an independent artist. First came 2016’s Who Taught You to Hate Yourself?, followed two years later by The Importance of Self Belief. Both titles dealt with an exploration of blackness, the former touching on the problematic aspects of Black masculinity and the latter dealing with “how Black women are the base of blackness.”

This new effort finds the rising talent turning inward, looking more at his personal response to his community rather than an exploration of the community itself. By default, however, that meant putting that community back into the music itself. As Dixon explains in our May Artist of the Month interview,

“I think this album is more of a processing, because there’s definitely my own internal journey, figuring out those sort of politics. But this album, it sort of took a left turn, I sort of wanted to process feelings that revolve around certain things in my life, you know, and that kind of took away from me thinking about the overarching community in a way and more so how I interact with it. I think that is a good way to sort of keep yourself grounded when you’re trying to make a story that involves everybody. It’s really hard. It’s hard to put the whole community into your music, but if your intentions are there, then eventually you’ll find a way.”

For My Mama and Anyone Who Look Like Her was preceded by the singles “make a poet Black”, “Swangin'”, “Chain Sooo Heavy”, and “Bless the Child”. Find about more about those and all the tracks on the LP by reading Dixon’s Track by Track breakdown under the album streams ahead. You can also pick up the album for yourself here.

“Chain Sooo Heavy”:
I read somewhere that Shinchiro Watanabe (director of Cowboy Bebop) wrote the first and the last episode of the Cowboy Bebop shows and then filled in the middle as he goes. I don’t know if this is true or not, but that’s how I went about this record. I wrote “Chain Sooo Heavy” and the last song within several weeks of each other in late 2017-early 2018. As it was being written, I started to gain momentum with my music and started performing the unfinished song in a live setting. Playing it everywhere, the song started to show a shift in my writing process. I started to see how it is okay for this song and other songs to not be finished, to be workshopped with a band, to be played and see what works out, and then take those ideas and use them with the recorded version of the song. An opener that is meant to catch your ear with the first word: “Fuck.”

“Never Will Know”:
This song contemplates the idea of heaven. “Never Will Know” was originally a different song with different structure from a darker part of my time line and is probably one of the older songs conceptualized for the record. After receiving the verses from Gold Midas and Micah James, I knew that I had to take a step back and redo the instrumental canvas the song relied on. One of the incredible things about this song is the location of recordings: Gold Midas is based in Florida; Micah James in California; Josh Le (guitarist) in Portland; Tim Erbach (bassist) in New Jersey; Horns, vocals, and second guitar in Richmond; and the drums in Japan by Manabua Yamaguchi. The excels in showing the curatorial prowess I have. The song also describes the maternal figure, especially in the beginning, depicting little boy saying something uncouth to his mother and she responding with, “Lil nigga what you say to me?” From there he walks out of the house and it changes perspectives between Midas, Micah and myself.

“Bless the Child”:
Loosely named after Toni Morrison’s novel God Help the Child, this song is probably a direct relay of me trying to do time travel through processing out loud. Broken up into three section with three beat switches: The beginning of the song revolves around memories I had with a loved one who passed away abruptly; the bridge revolves around the present, a very conflicted and loud spiral moment with myself questioning my intentions; and it ends with me thinking about what I’m going to do in the future to rectify these feelings I’ve had.

“make a poet Black”:
The song is about me facing interpersonal imposter syndrome. Asking a lot of questions directed to my self about my intentions and desire to rap. Why did rapping become a career choice, especially after the death of my childhood friend? The sample is from a full koto that my friend Patrick Confortola and I recorded in his house, and the song finds me experimenting with vocal melodies and octaves. It directly follows the events of “Bless the Child”. It shows me driving around in the neighborhood and I think I’m big and bad until my conscience tells me that “I’m not the realist,” what am I really going to do? What could I possibly do that I haven’t already done? Self doubt leads into the second verse where I have my brother come back and it’s celebratory and joyous. The celebration has us getting back into trouble through the bridge. Finally ending with the climax I desired so much, a bad one.

“Protective Styles”:
Though it is the 5th song on the album, “Protective Styles” was the last song written for the album. It is the song where the sonic and lyrical content change to show a more vulnerable message. Leaving the verses open to let the listener have a second to process. Then have my verse revolve around the concept that, even though someone has been affected by trauma, the human experience should allow for someone to process and move forward.

“Swangin'”:
I usually don’t have one person produce the whole instrumentals on songs of mine but Letjoux isn’t just anybody. Living in Richmond, this beat Letjoux made just sounded so Virginia that I had to rap over it. It sort of fills the void of wanting to make a song that had the feel of children banging on a lunch room table.

“Brown Shoulders”:
This is my poor mans attempt at combing gospel with rap in a more literal sense. Felt with all the conversation revolving around religion in my music, I might as well put my money where my mouth is. Lyrics analyzing the hypocrisy of the church though an over top and comical approach. The confidence that myself (the character) has at this point starts to turn around. He’s gone through the trauma, he’s started approaching vulnerability, and now he’s starting to return to the place where it all started, home.

“B.B.N.E.”:
BBNE stands for biggest baddest nigga ever. Teller Bank$ rides shotgun with me as we explain why.

“Grown Man Voice:”
This is my ode to the rapper posse cut. When creating this song, I had the image in my head of having a few rappers rap directly at a camera while their community attends behind them. They would be letting their verses fly over the head nodding production. Tried to make the band and harp (led by Caroline Bryan) sound as looped as we could so it could emulate the sampled production. As the character is starting to return home, I imagined this song as him running through the community, and them affirming the feelings he’s felt and the learning he’s done. 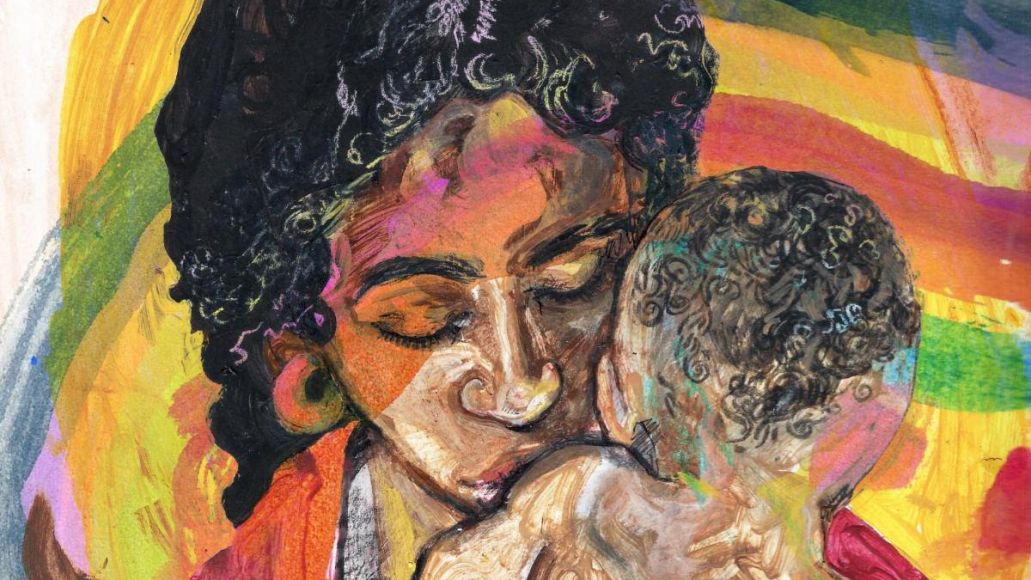 “Mama’s Home”:
The end of the album. The image I had was finally getting home after everything thats happened over the last so and so songs, coming to my room and laying down and slowly slipping into a sleep. Alfred. plays sort of an oracle character that appears to me and summarizes the tape beautifully up until then. Then comes a long moment of instrumental deep reflection, used the same way it’s used in “make a poet Black”, it gives me (and the listener) time to process. Then I quickly get up, and deliver a verse that lays out everything. The optimism and nihilism, the serious and comedy, the realness and complexity of liberation for me and those that look like me.

“Twist My Hair”:
“Twist My Hair” is the second song I wrote for the mixtape. It follows “Mama’s Home” as the closer because after the chaoticism of the album, is the rest; I imagine I came to “Mama’s Home” and as a form of healing, I ask to get my hair braided, a calming and almost mindless task where I could rekindle my thoughts. Twisting my hair is the moments you have of processing externally with someone intimately. It’s the end of the album, the closer and rest. As the third part hits and the calm leaves, you realize it never really ends. The fear and the haunting is something that comes every day. But for now, in this moment, [it’s not present.]