Modest Mouse are returning with their first album in six years. Titled The Golden Casket, it is due out June 25th on Epic. Alongside the announcement, the band has shared a new single, “We Are Between”.

The 12-track LP was recorded in Los Angeles and Modest Mouse’s basecamp of Portland with producers Dave Sardy and Jacknife Lee. A press release describes the album as hovering “in the liminal space between raw punk power and experimental studio science” as frontman Isaac Brock “explores themes ranging from the degradation of our psychic landscapes and invisible technology, to fatherhood.”

Update – June 3rd: Modest Mouse have shared a video for “We Are Between”. Directed by Kyle Thrash, “the video features lead singer Isaac Brock stranded amongst a field of cars, with various characters, some real and some not, flashing in and out of view,” according to a press release.

Modest Mouse’s last album was 2015’s Strangers to Ourselves, but they released a handful of one-off singles in 2019, including “Poison the Well”, “I’m Still Here”, and “Ice Cream Party”. Starting in August, the band will embark on a lengthy US tour. 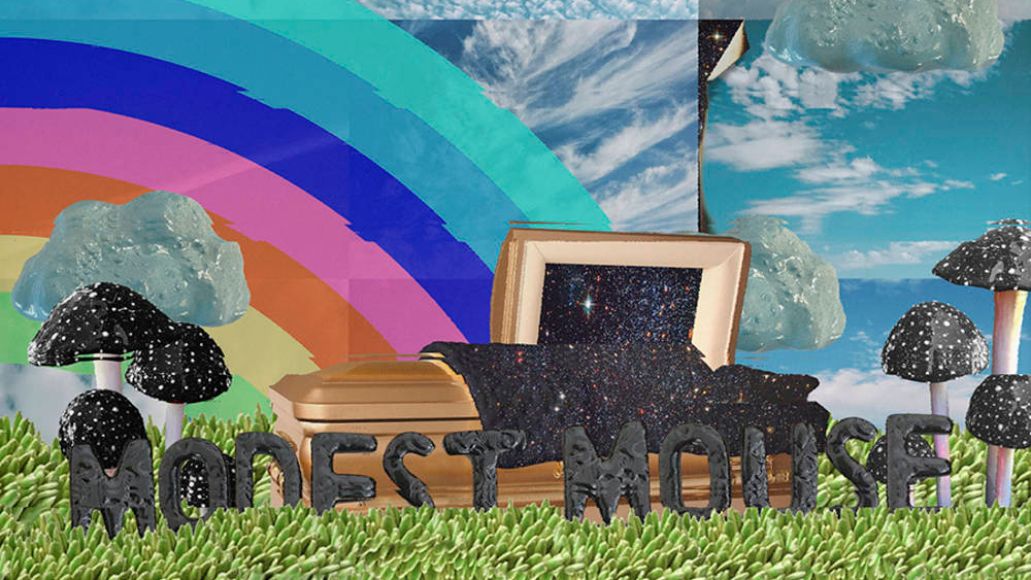