Olivia Rodrigo has released her highly-anticipated debut album Sour via Geffen/Interscope. Stream it below on Apple Music and Spotify.

Sour includes Rodrigo’s record-breaking No. 1 hit “Drivers License”, as well as its follow-up singles “Deja Vu” and “Good 4 U“. All 11 tracks on the LP were written by the former Disney star and her chief collaborator Dan Nigro, who also produced the bulk of the album.

“I want it to be super versatile,” the 18-year-old pop sensation told NYLON of her overall goal for the record’s sound ahead of its release. “My dream is to have it be an intersection between mainstream pop, folk music, and alternative rock. I love the songwriting and the lyricism and the melodies of folk music. I love the tonality of alt-rock. Obviously, I’m obsessed with pop and pop artists. So I’m going to try and take all of my sort of influences and inspirations and kind of make something that I like.”

Check out the sassy cover art and tracklist for Sour after the jump. Last week, Rodrigo made her debut on Saturday Night Live, delivering live renditions of “Drivers License” and “Good 4 U”, and earlier this month, she also took the stage at the 2021 Brit Awards to perform her breakout single. 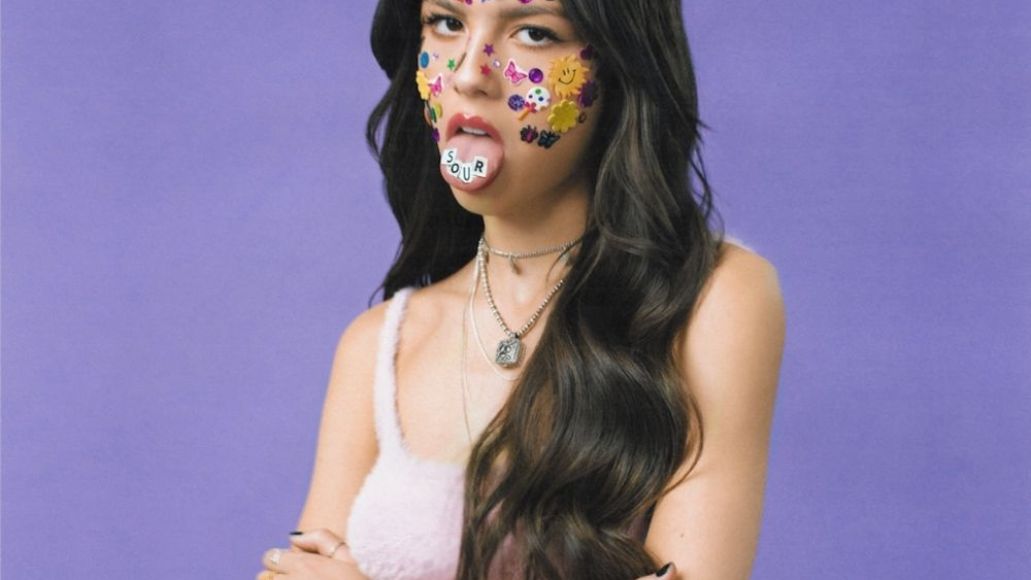