The 2021 Aftershock Festival lost one of its big headliners when My Chemical Romance decided to put off any touring until 2022, but the Sacramento, California, event has rebounded with a killer replacement: the Original Misfits. That’s right, Glenn Danzig and company will top the Saturday (October 9th) lineup, with Metallica headlining the Friday (October 8th) and Sunday (October 10th) bills.

After last year’s edition of Aftershock was postponed due to the pandemic, promoter Danny Wimmer Presents announced that scheduled 2020 headliners Metallica and My Chemical Romance had committed to the 2021 event. The festival also added a fourth night, with Limp Bizkit headlining on Thursday (October 7th).

My Chemical Romance, meanwhile, were set to embark on a highly anticipated reunion tour in 2020, but have since postponed the entire trek to 2022. On Friday (May 7th), Danny Wimmer announced that the Original Misfits — classic members Danzig, Jerry Only, Doyle Wolfgang von Frankenstein, along with guitarist Acey Slade and drummer Dave Lombardo — would take MCR’s place.

The Original Misfits, as they are calling themselves, have only played 13 shows since reuniting in 2016, making each concert an event. We caught their 2019 gig at Madison Square Garden, and that particular show was absolutely phenomenal. The reunion, which came after a rift that lasted more than 30 years between Danzig and Only, was one that longtime fans never thought would ever happen.

In a recent interview with Rolling Stone, Danzig left the door open to more Original Misfits shows, while also decrying cancel culture. The singer said the punk explosion of the late ’70s never would have happened amidst the “woke bullshit” that goes on today.

In addition to rocking out with the Original Misfits, Danzig is preparing to release his latest movie, Death Rider in the House of Vampires. The horror Western is set to open in select theaters sometime in June.

Among the other bands on the four-day Aftershock bill are Rancid, Gojira, The Offspring, Social Distortion, Mastodon, Rise Against, a reunited Mudvayne, and many more, with an updated lineup poster below. The festival is sold out, but tickets are available via StubHub. 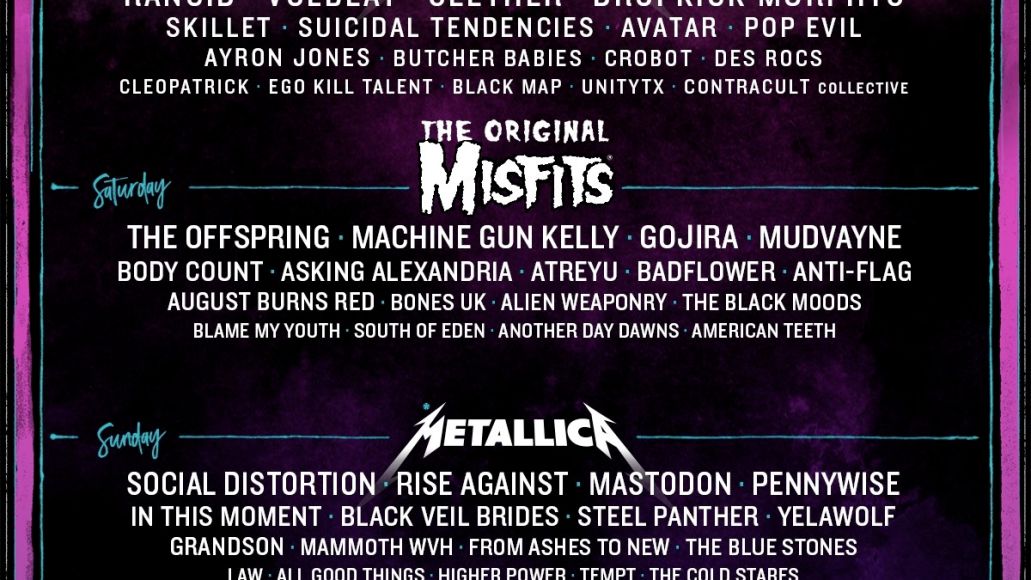