Origins is a recurring new music feature in which artists take an opportunity to give insights into their latest song. Today, Rockabye Baby! co-founder Lisa Roth explains why she created a lullaby version of Marvin Gaye’s “What’s Going On”.

For the last 15 years, Rockabye Baby! has been turning parents’ favorite music into bedtime music for infants. After all, Wu-Tang is for the children. Despite releasing lullaby versions of songs by everyone from Beyoncé to Metallica, the company has never done a front-to-back album cover — until now. Rockabye Baby! has announced Lullaby Renditions of Marvin Gaye’s What’s Going On, arriving on May 21st to mark the 50th anniversary of Marvin Gaye’s signature record.

The sweet, sleepy tribute record features lullaby versions of all nine tracks on What’s Going On. Even the teddy bear in the rain on the LP’s cover pays homage to the landmark 1971 release. For Rockabye Baby! co-creator Lisa Roth, turning the first album she ever bought with her own money into a lullaby soundtrack isn’t just a way to honor Gaye’s legacy, but “a gentle reminder of where we’ve been and how far we have to go.”

“Every once in a while, Rockabye Baby! has the opportunity to do a special project, and our album-length instrumental rendition of What’s Going On is just that,” Roth added in a press statement. “The themes of injustice and suffering so poignantly expressed by Mr. Gaye are still terribly relevant today. This project is an opportunity for us to shine a light on them in our own way, and to give back by donating all of our proceeds from sales and streaming of the album to charities addressing these pervasive and ongoing issues.”

The first charity to benefit from Lullaby Renditions of Marvin Gaye’s What’s Going On will be Color of Change.

Ahead of the full album’s debut, you can stream the title track below via its adorable video. After that, read more about what guided Roth to making this particular lullaby LP in our latest Origins feature. 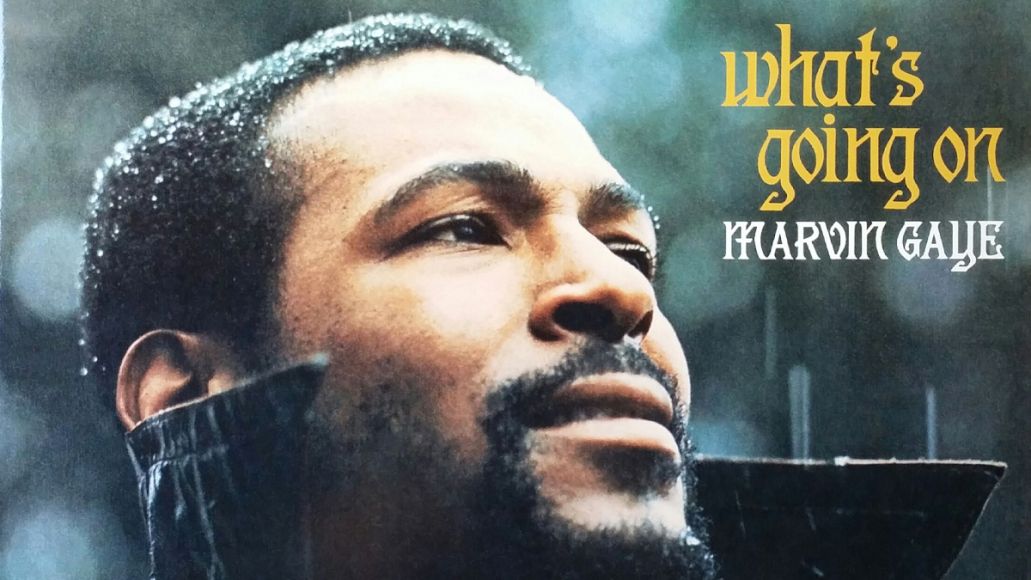 The first time I heard Marvin Gaye’s iconic and timeless release What’s Going On was in 1971 when I was 13. I slept over at my best friend’s house and fell asleep on her living room couch with side 1 on the turntable on repeat all night. I kept waking up and falling back to sleep to those same six songs. The jazz inspired melodies, the segue from one song to another without a break, the storytelling, it was unlike anything I had heard. Throughout the night, It melded into my sense memory. To this day, when I hear a track from that album, I see the weave of the upholstery of that living room couch, the avocado green carpet, and the album cover sitting on the wood coffee table.

Inspired by that night, I saved my weekly allowance of 25 cents, and when I knew I had saved enough, I hopped on a bus to Canterbury Records in Pasadena, California and purchased my first album, Marvin Gaye’s classic What’s Going On. 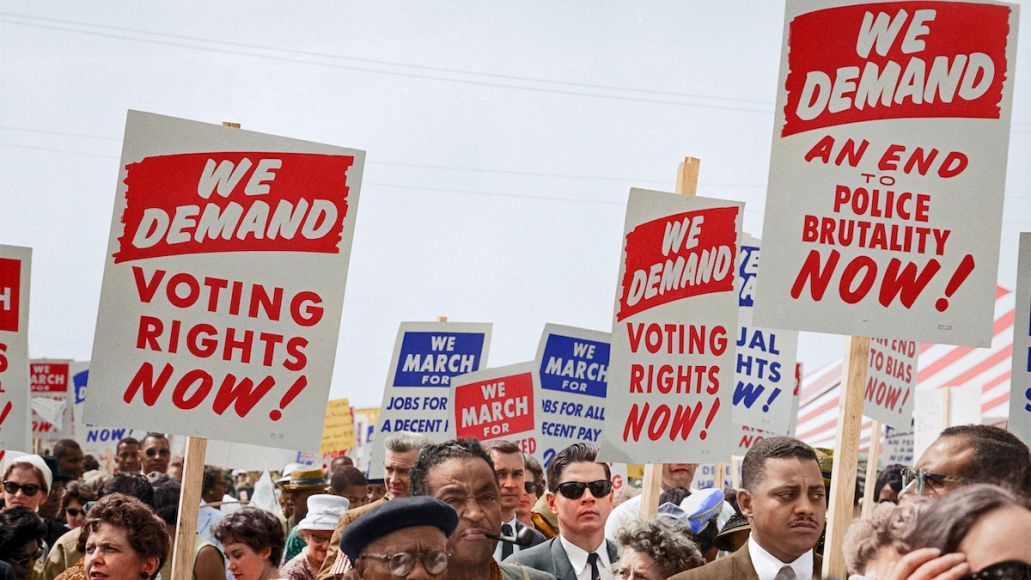 Photo via Library of Congress

Growing up, I saw for myself what was going on, on my family’s Zenith black and white television, the kind with a big channel dial that had to be changed by hand. As a young child I watched the Vietnam War, the Civil Rights movement, and the aftermath of the assassination of Dr. Martin Luther King Jr. play out every night on that television. I later came of age during Roe vs. Wade, the Equal Rights Amendment, Watergate, and the anti-war movement, and I was a product of a public school system that had been desegregated by federal mandate.

All of this influenced every aspect of who I am today: my values, beliefs, the choices I make and the people and things I care about. Marvin Gaye’s concept album What’s Going On was, and still remains, the soundtrack to it all. 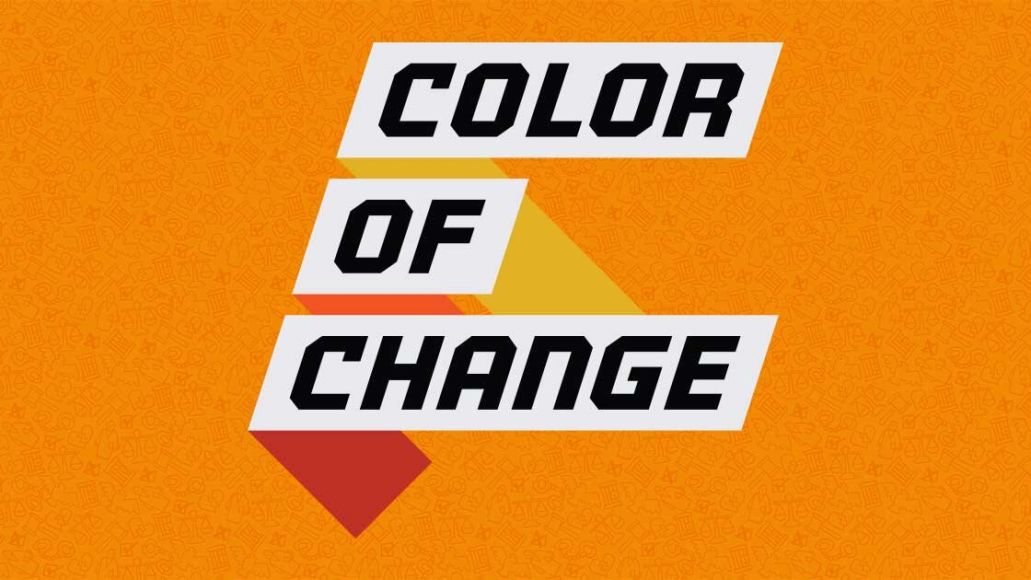 Every once in a while Rockabye Baby@ has an opportunity to do something special. This release is just that. Themes of inequality, police brutality, war, and environmental issues that Mr. Gaye so eloquently wrote about 50 years ago are still sadly relevant today.  This project is an opportunity for us to shine a light on them in our own way, and to give back by donating all of our proceeds from sales and streaming of the album to charities addressing these pervasive and ongoing issues. 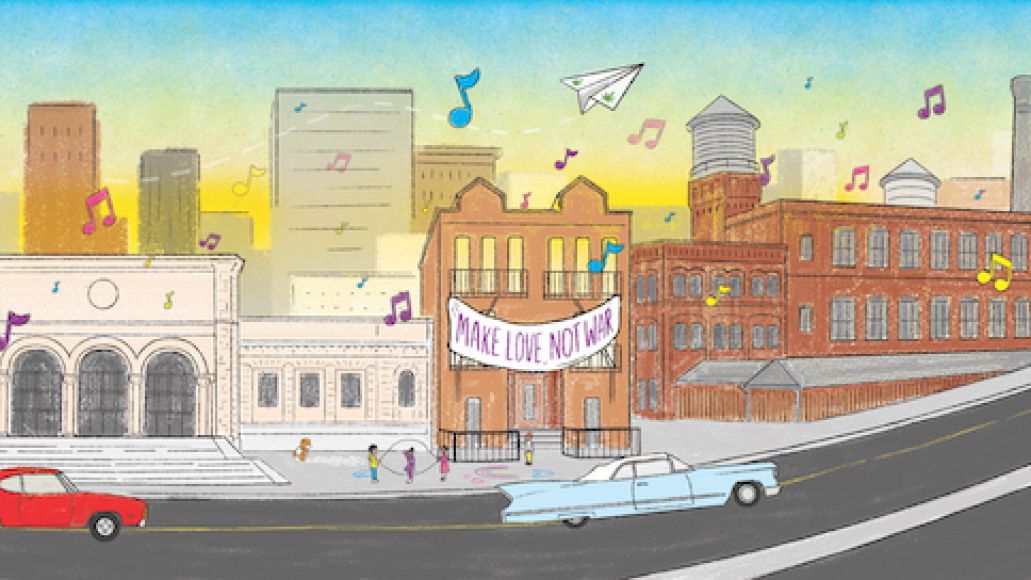 It turns out that transforming familiar music into lullabies while still maintaining the intention of the original, is a bit of an artform that we’ve continued to perfect over the past 15 years. It’s no easy task translating a minor cord guitar solo using a wood block and bells.

The album art and videos are another place we get to be creative. First and foremost, we approach each project as an homage to the artist. We’re influenced by recognizable iconography and other imagery associated with each given artist, images that capture their essence and act as Easter eggs for fans to discover. For instance, our artwork for this release draws in references to the Motown recording studio as well as numerous other Detroit landmarks and locations where much of What’s Going On was recorded.

Our artist, Jennifer Cuellar, is a phenomenal master at creating our Rockabye Baby! world infused with sweetness and ethos. Her animations are cinematic wonders with close ups, dissolves, pans and overhead shots. She tells more than a story, she plays the heart strings.