Brooklyn punk rockers The So So Glos went on hiatus a few years ago now, but lead singer Alex Zarou Levine continues to write new music under his own solo moniker Alex Orange Drink. Today, he’s announced the release of his sophomore full-length, Everything Is Broken, Maybe That’s OK and it’s due out July 9th.

Everything Is Broken, Maybe That’s OK spans 10 tracks in total, including lead single “How High?” which is available to stream below. This is Levine’s second studio LP following his 2018 solo debut Babel On. Technically, he released that record under the name Alexander Orange Drink, but he’s since shortened the moniker to simply Alex Orange Drink — a nod to the medication he has to take to treat Homocystinuria, a metabolic disease.

Based on the blast of sunny guitar pop that is “How High?”, it sounds like Levine hasn’t lost any of his musical edge over the past three years. Over a nonstop guitar riff and a few simple chord changes, Levine sings about falling in love and finding himself helplessly doing whatever his crush asks. “When you say jump/ I say, ‘How high?'” he belts in the chorus. The whole thing is filtered through a scuzzy filter that makes “How High?” almost sound like a rowdy live song by The Thermals.

Pre-orders for Everything Is Broken, Maybe That’s OK are currently ongoing, including a special vinyl pressing courtesy of Freeman Street Records. Check out the cover art and complete tracklist for it below. 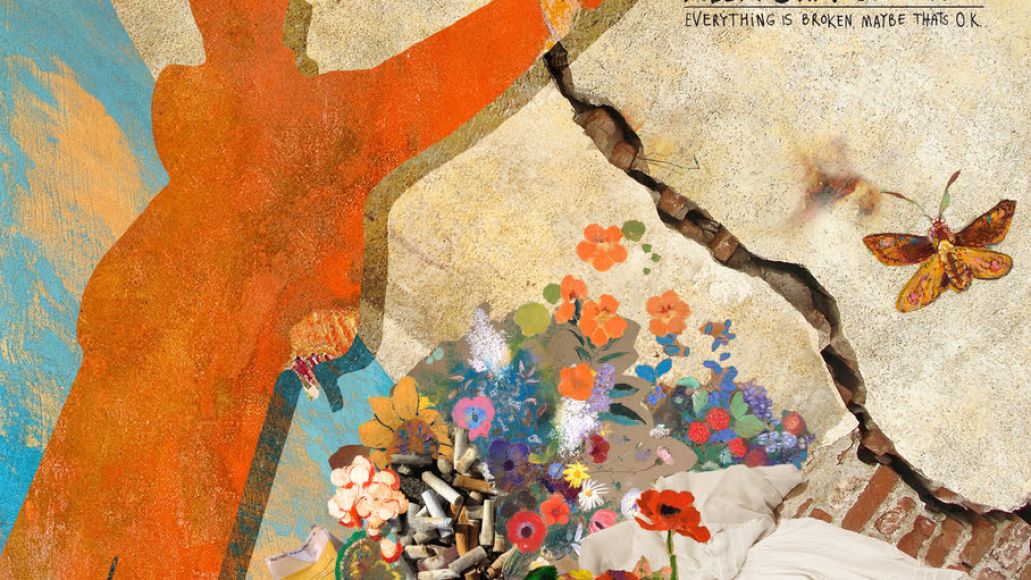