Bright Green Field spans 11 tracks in total, including the previously released singles “Paddling” and “Narrator”. Squid went all in when creating the record, which can be heard in the 30-person choir, the horn and string ensemble, and their strange use of field recordings of bees. Props to producer Dan Carey (black midi, Bat For Lashes, Hot Chip) for making it all work together in a way that’s not too far off from LCD Soundsystem’s weirder moments.

Back in March, we caught up with the five-piece band about the various influences that helped spawn Bright Green Field. That list included Mark Fisher’s Capitalist Realism, an old tavern in Chippenham, and Deerhunter’s iconic song “Nothing Ever Happened”. Revisit the interview here.

Physical copies of Bright Green Field are currently on sale, including vinyl and CD releases, through Warp’s website. Check out the cover artwork and tracklist for those below.

Last year, Squid continued their rapid ascent to post-punk fame by signing a deal with Warp Records. In celebration of that big move, they released a handful of tracks, including “Sludge” and “Broadcaster”, in 2020. 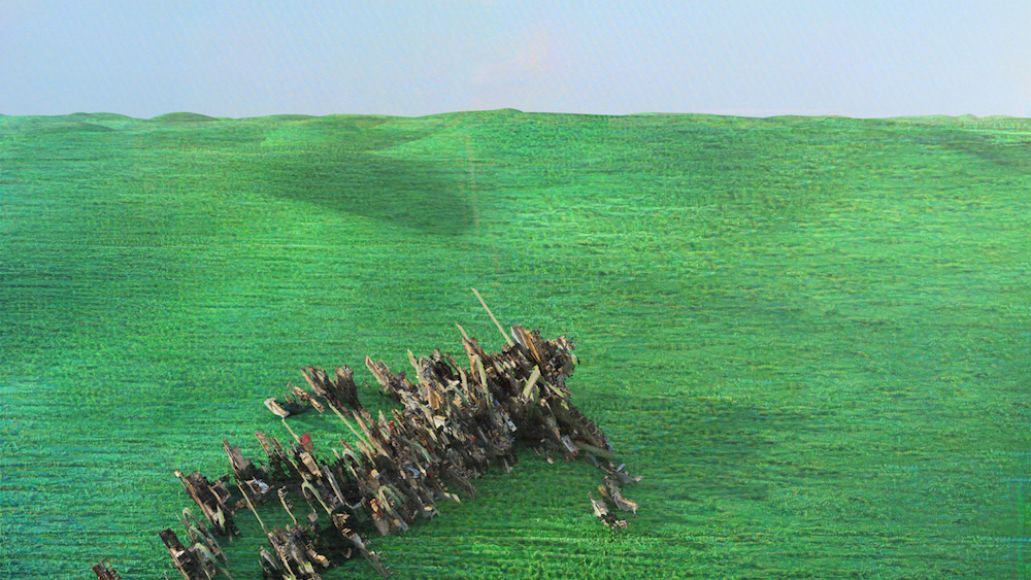