Stöner, a new project from former Kyuss members Brant Bjork and Nick Oliveri, have announced their debut album, Stoners Rule. The seven-song LP arrives June 25th via Heavy Psych Sounds, and has been preceded by the single “Nothin'”.

Kyuss are considered pioneers of the desert/stoner rock style, and Oliveri and Bjork are fully embracing the “stoner” tag with their new outfit, hence the band’s name. The single “Nothin'” dabbles in sludgy riffs, meditative repetition, and a general 420-friendliness. The desertscape on the album cover also calls back to Kyuss’ legendary 1992 album, Blues for the Red Sun.

In addition to the studio album, Stöner are offering up a live version of the same tracklist for the fourth volume of the “Live in the Mojave Desert” multi-artist series. The band, which is rounded out by drummer Ryan Gut, is also set to support Clutch’s upcoming winter 2021 US tour.

For stoner-rock fans, the new project is big news, adding another branch to Kyuss’ impressive family tree. The California band formed in 1987 and famously launched the career of guitarist Josh Homme, who would form Queens of the Stone Age with Oliveri in the wake of Kyuss’ dissolution in 1995.

Stoners Rule was recorded at The Rad Cabin in Joshua Tree, California, on October 12th, 2020 by Yosef Sanborn.

You can pre-order the album in a variety of vinyl colorways and on CD via Heavy Psych Sounds. Stream “Nothin'” and check out the artwork and tracklist below. 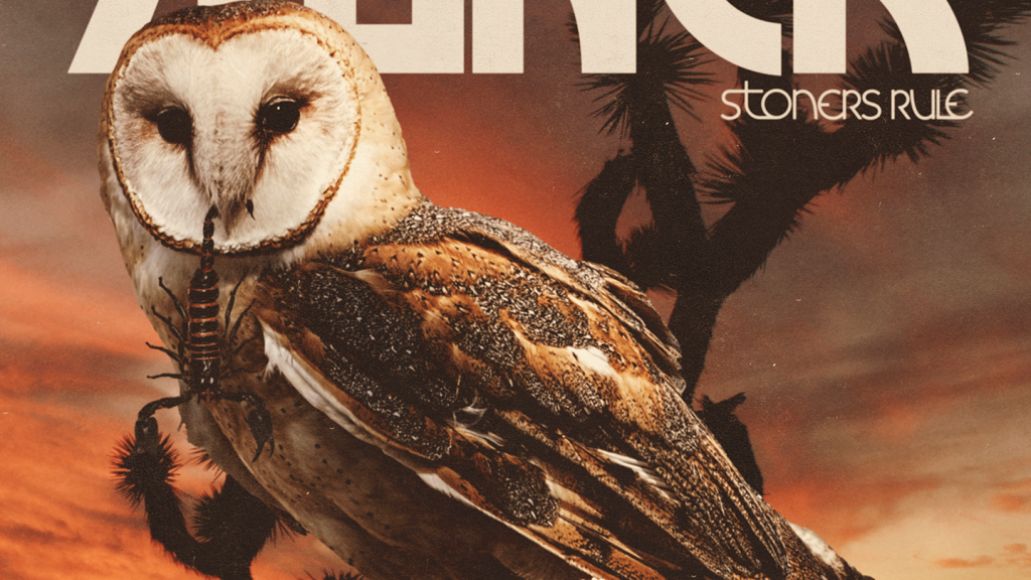