Three months after his passing, U-Roy’s final studio album has been formally scheduled for release. Dubbed Solid Gold U-Roy, the posthumous collection is due out July 16th via Trojan Jamaica/BMG.

Originally slated for 2020, Solid Gold U-Roy was set to be supported with a worldwide tour. However, after the pandemic delayed those plans, U-Roy tragically passed away in February of this year. Instead of being another flower in the legendary reggae toaster’s pipe, the record now arrives as a celebration of his talent and legacy.

Solid Gold was recorded in 2018 at Trojan Jamaica Sounds studio in Ocho Rios with Trojan co-founders Zak Starkey and Sharna “Sshh” Liguz. With a band consisting of production duo Sly & Robbie, keyboardist Robbie Lyn, guitarist Tony Chin, and Starkey himself, sessions lasted just four days before U-Roy headed out on a European tour. “U-Roy would toast his songs live and Sshh would sing the songs that were to be sung later by the guests,” Starkey recalled in a press statement. “Sshh and U-Roy bonded quickly doing this and had a lot of fun doing it.”

The guests Starkey refers to are numerous: Solid Gold U-Roy boasts contributions from Ziggy Marley, Shaggy, Big Youth and Mick Jones, Robbie Shakespeare, Jesse Royal, and others. New single “Man Next Door” features guest vocals from Santigold, who said it was “an honor” to work with “a major pioneer in a genre that influenced me so deeply.” In fact, “Man Next Door”, a 1968 reggae standard originally recorded by The Paragons and sampled on U-Roy’s own “Peace and Love in the Ghetto” from 1982’s Original DJ, has been one of Santigold’s favorites since a young age.

“It felt so special to get to sing that song in particular,” Santigold said in a press release. “I knew the harmonies in my body without having to think for a second — and to hear his voice cutting through, driving the rhythm, drawing us all into his world. What a gift that I got a chance to sing on this track with him. He was one of the greats.”

Starkey and Sshh collaborated with Nick Franco of 1185 Films on the “Man Next Door” video, which you can watch below. The track follows the pre-pandemic, pre-album-postponement single “Wake the Town”.

Pre-orders for Solid Gold U-Roy are live now. Find the album art and tracklist ahead.

Editor’s Note: If you’re a fan of reggae, be sure to check out original podcast series Rootsland. 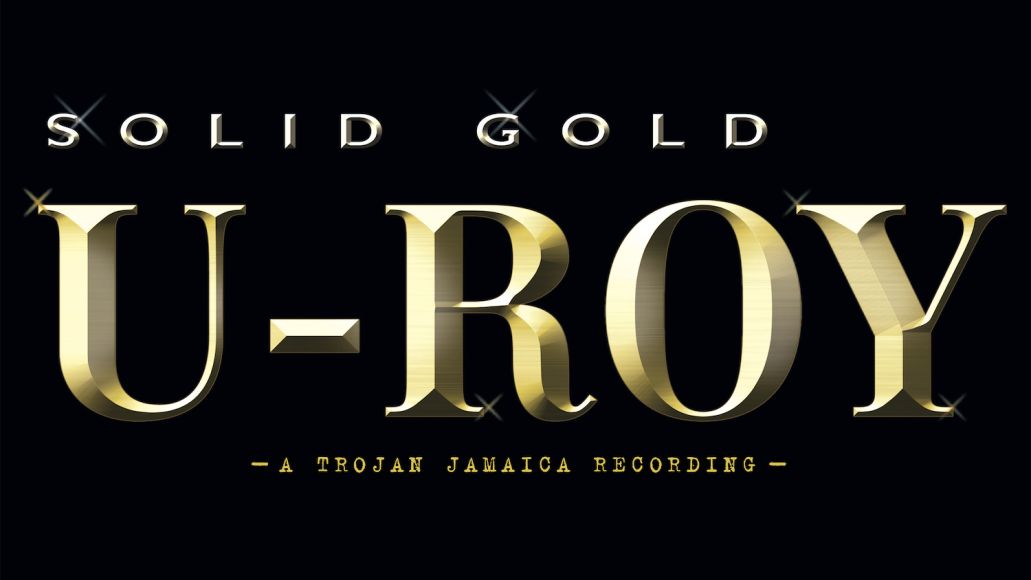