On first glance, How Long Do You Think It’s Gonna Last? may look like the hottest indie rock festival of 2010, but it’s actually the stacked new album from Big Red Machine. The supergroup from Justin Vernon (Bon Iver) and Aaron Dessner (The National) will drop their newest studio set on August 27th. It features Taylor Swift, Fleet Foxes, Sharon Van Etten, and more, and as a preview the band is offering the new song “Latter Days” with Anaïs Mitchell.

This will be Big Red Machine’s second album following their eponymous debut in 2018. That project leaned heavily on the voice of Vernon, but this time around they’re mixing things up. Dessner handles lead vocals on three tracks, and as new single “Latter Days” demonstrates, they’re also making space for guest vocalists.

Mitchell is the Tony Award-winning playwright, songwriter, and composer best known for Hadestown. Here, she sketches out an apocalyptic vision of desperation. She also provides the album with its title, singing, “How long? Is what you asked/ How long do you think it’s gonna last?” Vernon joins her on the soaring chorus, with her smokier vocals curling around his chilly falsetto: “I recall it all forever/ How it found us where we lay/ With our arms around each other/ In the latter days, in the latter days.”

Mitchell also appears on “Phoenix” with Fleet Foxes and “New Auburn”, while T-Swift gets two tracks — “Birch” and “Renegade” — to herself. Sharon Van Etten joins Lisa Hannigan and Shara Nova on “Hutch”, and How Long Do You Think It’s Gonna Last? also includes Ben Howard, This Is the Kit, Naeem, and Ilsey.

“This is all music I initially generated and feel emotionally connected to, but it has been very interesting to hear how different people relate to it and how different voices collide with it,” Dessner said in a statement. “That’s what makes it special. With everyone that’s on this record, there’s an openness, a creative generosity and an emotional quality that connects it all together.”

Listen to “Latter Days”, and check out the artwork and tracklilst below.  How Long Do You Think It’s Gonna Last? arrives August 27th on Dessner and Vernon’s own 37d03d, and pre-orders are ongoing.

How Long Do You Think It’s Gonna Last? Artwork: 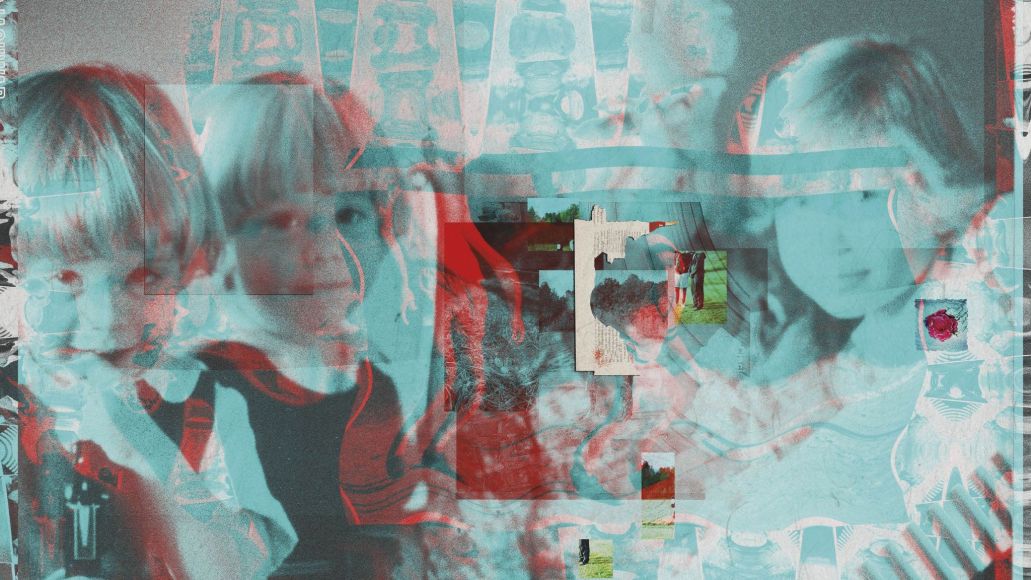