In the cult classic film, the song is heard played by Metric with vocals from Larson. The actress plays Envy, our hero Scott’s (Michael Cera) terrible ex-girlfriend and lead singer of popular band The Clash of Demonhead. Scott and his new paramour, Ramona (Mary Eliozabeth Winstead), go to the group’s concert, where they watch “Black Sheep” performed before Scott battles one of Ramona’s evil exes, The Clash of Demonhead bassist Todd Ingram (Brandon Routh).

While it’s Larson’s vocals in the movie, it was Metric singer Emily Haines’ singing “Black Sheep” on the original Scott Pilgrim soundtrack. Larson’s take was first made available back in March on the vinyl-only 10th anniversary Seven Evil Exes Edition of the OST. Now, ABKCO will release the digital Expanded Edition of the Scott Pilgrim soundtrack on July 9th — and it includes the Larson-led version of “Black Sheep”.

The Scott Pilgrim Original Motion Picture Soundtrack Expanded Edition is set to include all 19 tracks from the original ’10 OST, plus 12 bonus cuts, most of which have never before been given a digital release. Those include a number of Beck tracks (three acoustic demos of “Ramona” and a mellotron version of the song), Nigel Godrich’s “Enter Goddess”, and “No Fun” and “Indefatigable” from Scott Pilgrim’s own band Sex Bob-Omb. Find the tracklist ahead, and pre-order the Expanded Edition via your preferred service.

ABKCO is also releasing a Ramona Flowers Edition of the original 19-track OST on June 11th. The vinyl will be available in blue, green, and pink, matching the colors Ramona dyes her hair throughout the movie. Pre-orders are available via ABKCO’s website.

Scott Pilgrim vs. the World: An Oral History of the Soundtrack

Of course, Larson’s role as Pilgrim’s evil ex Envy was far from her first foray into pop stardom. Long before she was winning Oscars and playing Marvel superheroes, the actress made a name for herself as a teen pop sensation. Signed to Tommy Mottola’s fledgling Casablanca Records alongside Lindsay Lohan, Larson released her debut album, Finally Out of P.E., in 2005. The LP featured singles “She Said” and “Life After You”, and the then-16-year-old even served as an opening act on Jesse McCartney’s Beautiful Soul tour..

Up next, the Academy Award winner is set to star in The Marvels, the sequel to her 2019 box office smash Captain Marvel that’s set to co-star Iman Vellani’s Ms. Marvel. 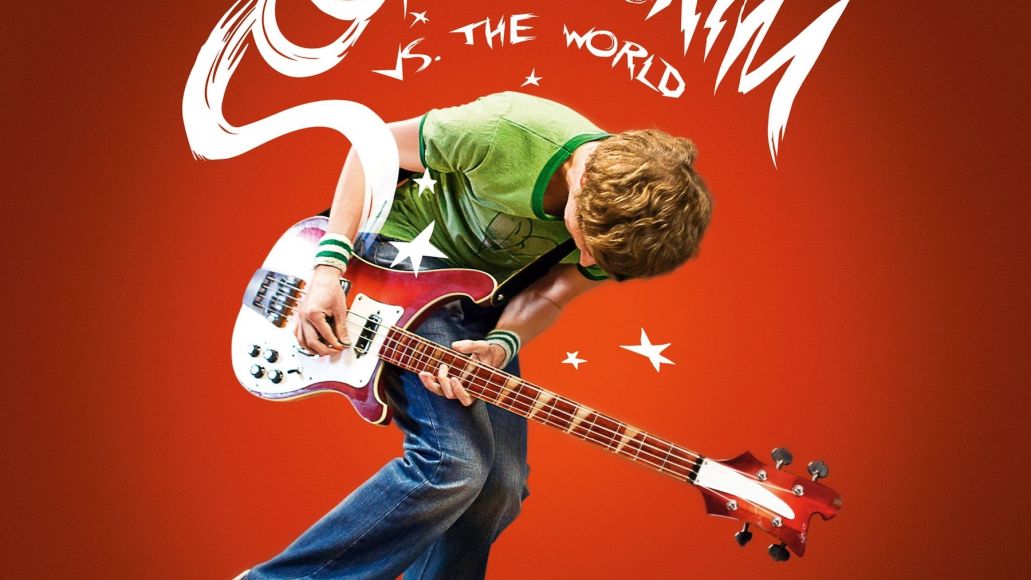