Chubby and the Gang have announced their new album, The Mutt’s Nuts, due out on August 27th via Partisan Records. The London punk five-piece also shared the LP’s lead single, “Coming Up Tough”.

The blistering “Coming Up Tough” addresses government failure in modern London and the school-to-prison pipeline.  “You did some crime, you weren’t that wrong,” frontman Charlie Manning Walker (aka Chubby Charles) yells into the mic. “They sent you down for fucking long/ The world moves past your jail cell/ This place is worse than hell.”

As Walker shared in a statement, the track was inspired by how the prison system affected the life of someone close to him. He explained,

“‘Coming Up Tough’ is about a family member of mine who ended up going to prison at a very young age for over 20 years. He went in as a kid and spent most of his life in the system. Where’s the justice in that? You come out and have to prove yourself to a world that shut you away — what chance do you have? There’s no attempt at actual rehabilitation, no empathy, just a cage to be forgotten about. I wanted the song to feel like a snowball effect. The character gets thrown out of his house at first and it feels almost juvenile, but then as it progresses you realize the real trouble he’s in. And too often once you’re in trouble you can’t get out.”

Check out the “Coming Up Tough” music video, directed by Pedro Takahashi, below.

The Mutt’s Nuts is Chubby and the Gang’s follow-up to their 2020 debut album, Speed Kills. In April, they released a 7-inch containing “Lightning Don’t Strike Twice” and “Life’s Lemons”, both of which are included in the new LP.

The band is headed on a UK tour during November and December of this year. Tickets are still available at Ticketmaster, and you can find the full schedule below.

Pre-orders for Chubby and the Gang’s The Mutt’s Nuts are ongoing. 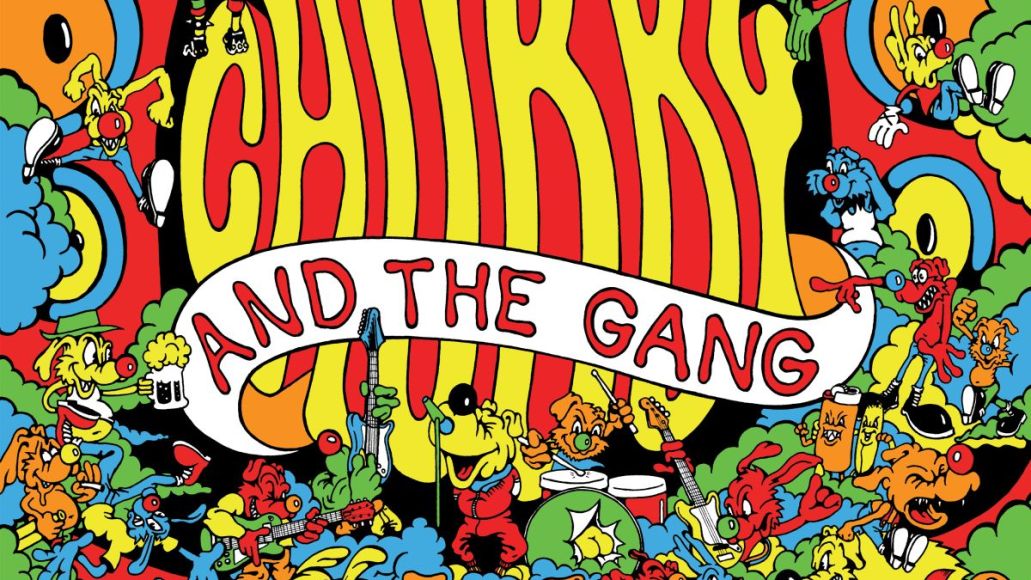