After unveiling a handful of late December holiday shows, Clutch have now booked a full 2021 US tour. Just like the previously announced winter gigs, the new band Stöner (featuring former members of Kyuss) will provide direct support on all the fall shows.

The tour, dubbed “30 Years of Rock & Roll” to mark Clutch’s 30th anniversary as a band, is divided up into three legs. The first leg kicks off September 8th in Norfolk, Virginia, and runs through a September 18th gig in Pensacola, Florida. Telekinetic Yeti will serve as the opening act.

The second leg will launch on September 29th in Fort Wayne, Indiana, and wind down on October 9th in Hampton Beach, New Hampshire. King Buffalo, who recently premiered the song “Silverfish” on Heavy Consequence, will open each of those shows.

Finally, the third leg is the previously announced run of holiday gigs beginning with a December 27th stop in Baltimore, and wrapping up with a New Year’s Eve concert in Cincinnati. The Native Howl will be on board as the openers.

Clutch’s most recent studio album is 2018’s Book of Bad Decisions, but the Maryland rockers tided fans over with the 2020 compilations Monsters, Machines, and Mythological Beasts and The Weathermaker Vault Series, Volume 1, plus the live release Live from the Doom Saloon Vol. 2.

See the full list of dates, as well as the fall tour poster, below. Tickets are on sale via Clutch’s tour page or Ticketmaster. For shows that sell out, visit StubHub. 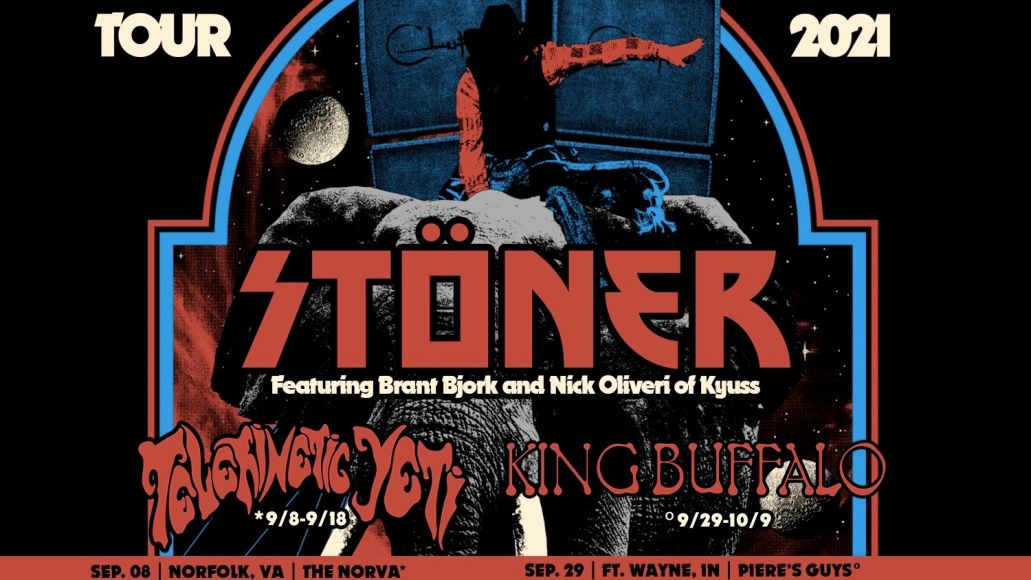