The world is messy, but Pom Pom Squad, Consequence’s June Artist of the Month, know exactly how to find the most beautiful parts of it. Led by the radiant Mia Berrin, the Brooklyn four-piece’s debut album, Death of a Cheerleader, arrives tomorrow (June 25th) on the heels of two pre-pandemic EPs and an excellent cover of FKA twigs’ “Cellophane.”

Pom Pom Squad, who signed to Berlin-based indie label City Slang earlier this year, recruited Illuminati Hotties frontwoman Sara Tudzin to co-produce alongside Berrin herself. The resulting effort is a dynamic and versatile indie rock record that serves as a thesis statement for the band. The songs handspring between fierce exorcisms and tender epiphanies, finding room in the middle to demonstrate just how much Pom Pom Squad is capable of.

Death of a Cheerleader and its accompanying imagery incorporate many themes and aesthetics of the 1950s and early 1960s, including doo-wop influences, a “Mister Sandman”-esque vibraphone line that ties the first and final tracks together, cinematic violins, and even a cover of Tommy James and the Shondells’ “Crimson + Clover.”

However, the band juxtaposes this aesthetic with a messier, more imperfect vision. On “Crying,” the orchestra wails freely in the final Broadway-esque chorus, adding an unavoidable layer of distress to the already-emotional track. And on vibrant second single “Head Cheerleader,” Berrin, who identifies as queer, claims she’s “gonna marry the scariest girl on the cheerleading team”; rather than forcing herself to fit into the mold of perfection, Berrin opts for embracing the weird, the scary and the unconventional, finding a palpable confidence in the process.

Death of a Cheerleader explores Berrin’s identity in the context of what society expects from her as a woman: the cheerleader, the high school prom queen, the one who sacrifices herself in relationships for the sake of her partner. But throughout the album, Berrin subverts these expectations with flourishes of discordant sounds and themes, as well as with moments of raw, unflinching vulnerability.

It’s the moments of tenderness where Berrin really shines: On standout track “RWL,” Berrin gives one of her best-ever vocal performances, striking the perfect balance of warmth and urgency. “Be Good” finishes the album almost as a lullaby, until a restless orchestra swells in and a Bossa Nova-style groove drives the song to a close, adding a layer of surprise and delight to end the LP.

Ultimately, Death of a Cheerleader is the sound of a band embracing the lack of confines in 21st century rock. The album, brilliantly paced, knows exactly when to pull back, stretch out, and provide clarity.

Death of a Cheerleader is a cohesive, emotionally affecting work. With this album, Mia Berrin solidifies her place among the newest class of indie stalwart songwriters, carving out this space in a fearless and vulnerable way. Sometimes, amid the rubble and confusion, something positive emerges that all of us can cheer for.

Death of a Cheerleader Artwork: 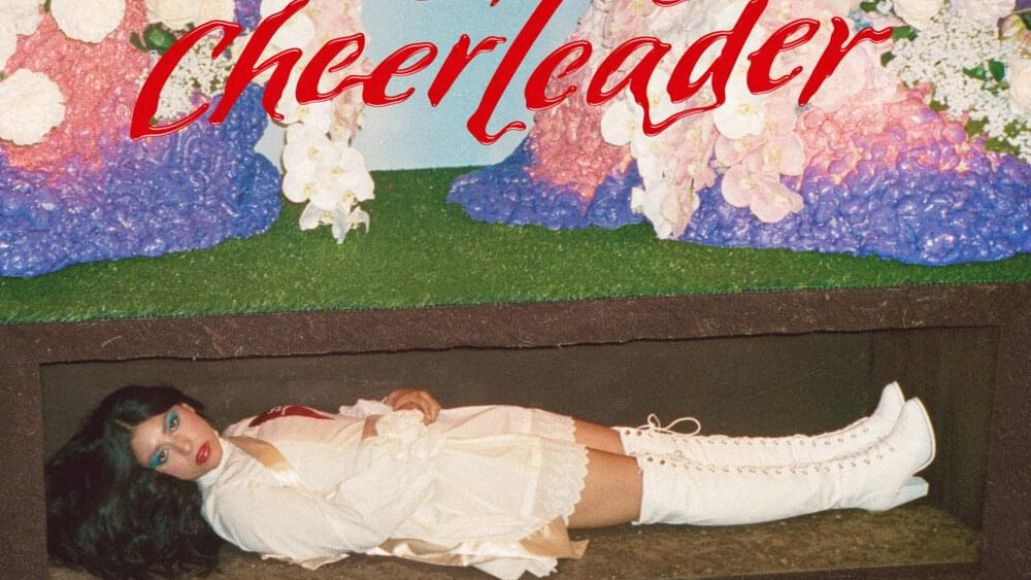