Some old hip-hop gems are about to be unearthed. Madlib and Declaime have just announced a new album that’s comprised of previously unreleased songs they recorded together back in the mid-90s. It’s called In the Beginning (Vol. 1) and they’re previewing it with the lead single “All Over the World”, which you can stream below.

Looking at the tracklist for In the Beginning (Vol. 1), which spans 13 songs in total, the collection will boast a wide range of vintage material by the two that used to be lost to time on various mixtapes and B-sides. According to a press release, the record serves as a time capsule of sorts — back then, the legendary producer and the underground rapper were neighbors-turned-friends in California — and takes inspiration from a sound created by the Loot Pack and CDP crew members like the almighty Medaphoar, Oh No the Disrupt, Dj.Romes, Kazi, Roc C, The Grand Vanac, Unorthadox, Nicko Anderson, and Kali Wild.

“I first met Madlib when he moved across the street from me; I was around nine years old at the time,” said Declaime in a statement. “His pops knew my pops. Madlib was on that musical genius stuff way back then. He used to give me live beat cassettes he made himself along with his sister Stacey rapping. We both moved and lost contact… I’m giving Otis Jackson his flowers now through this music we constructed as hungry young dudes; The Beat Konducta Sensei and the Poet Past The Weak will always be part of Oxnard’s musical history!”

As far as previews go, “All Over the World” is one hell of an album introduction. The single clocks in just under three minutes in length and feels like a blast of throwback hip-hop style, complete with vinyl scratches, a trippy loop, and a low-key drum part that’s holding down the beat. Declaime’s verses are also accompanied by some lines from rapper MED, their former Oxnard pal and longtime collaborator.

“We recorded this track around ’94-95,” Declaime said of the single. “Me and MED would hustle most of the day, then hit the studio with Otis [Madlib] and try and record on anything boomin’. We wrote these verses together with Madlib at the Crate Diggas Station.”

In the Beginning (Vol. 1) is due out July 2nd via Fat Beats as part of a new imprint deal with Declaime’s label, SomeOthaShip Connect. Pre-orders are currently ongoing over at the label’s website. Check out the album artwork and tracklist for it below.

In the Beginning (Vol. 1) Artwork: 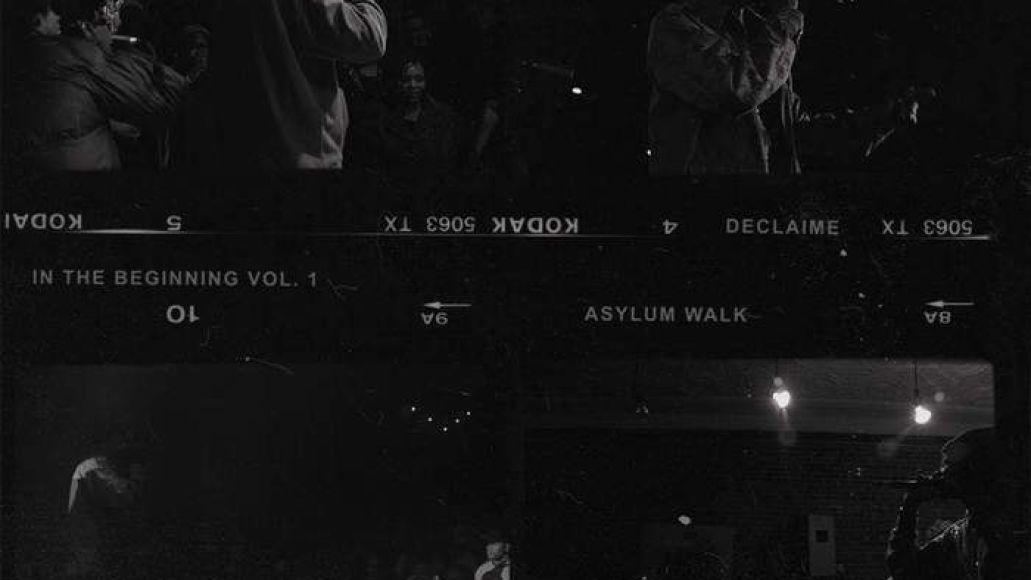