Loki has been burdened with a new glorious purpose: to put up with the residents of Springfield. Disney+ has announced a Marvel-Simpsons crossover short called “The Good, The Bart, and The Loki,” set to debut on Wednesday, July 7th (the same day as the penultimate episode of the Loki series).

The special will see Tom Hiddleston voicing his iconic role of Loki as the Asgardian is banished once more from Asgard. Instead of landing somewhere like Sakaar, however, he winds up in Springfield. There, he faces the animated city’s “mightiest heroes” (which, according to the teaser poster, include Lisa as Thor, Moe as Vision, Ralph as Hulk, Ned Flanders as Ant-Man, Herman as Captain America, and Barney as a belching Iron Man) with the aide of Springfield’s notorious kid of mischief, Bart.

The crossover short is Disney’s latest flex of its vast array of properties since the Fox merger of 2019. The Simpsons previously crossed over with Star Wars in the short “Maggie Simpson in ‘The Force Awakens from Its Nap,'” which debuted on Star Wars Day, May 4th.

Check out the poster below to see what your favorite Simpsons characters look like as Marvel heroes in “The Good, The Bar, and The Loki.” 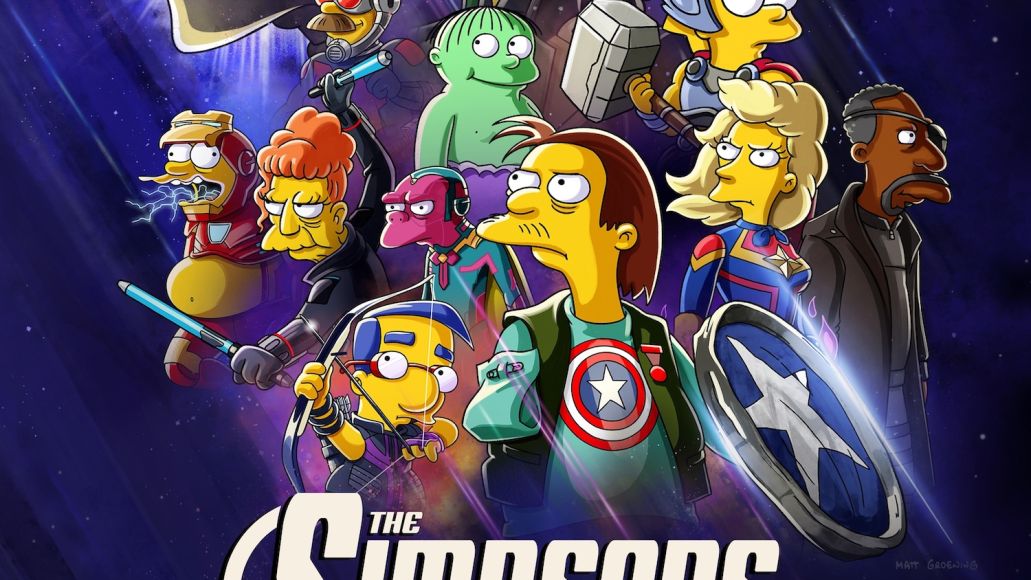