If Doja Cat’s rollercoaster of a career has taught us anything, it’s that hooks trump controversy. She first went viral with a glorious novelty song about cows, but her history of appropriation, resurfaced instances of using homophobic language, and various other infractions is well-documented. She also works with Dr. Luke, the producer and label head who Kesha accused of rape and myriad other abuses in 2014.

And yet, with the disco-slanted 2019 hit “Say So” and a million other singles-turned-viral TikTok audios, the singer-rapper’s penchant for unimpeachable melodies have grown to outrank her more fringe sensibilities.

Her 2019 album Hot Pink, a vibrant mix of trap beats and lush instrumentation, reached No. 9 on the Billboard 200. Impressively, it spawned a series of hits long after its release date, and sent Doja on a tour of award show stages throughout 2020; with every performance, she’d remix her hits so drastically that they sounded like tracks from different genres. While the world locked down, the extremely online artist used her knowledge of the internet to blow up.

Doja Cat’s latest release proves that troll rappers can smooth their edges (musically, at least; the public blunders will probably continue) to become bonafide pop stars. Planet Her maintains the versatility that Doja’s Hot Pink performances hinted at, but it all hinges on her knack for a singalong chorus, and fits cohesively in our ever-diversifying pop landscape. The result, while not terribly profound, is an album full of bulletproof bops, with the help of some well-chosen star collaborators.

Steel drums and pulsing bass fuel the reggaeton grooves of “Woman” and “Naked,” while the Young Thug duet “Payday” dips its toes into hyperpop. Meanwhile, over glitchy beats in the swaggering “Get Into It (Yuh),” Doja references Ariana Grande and thanks Nicki Minaj directly for paving the way for her polished pop-rap career; Grande herself appears in the candy-coated highlight “I Don’t Do Drugs,” a whispery celebration of new love. Over whimsical xylophone and exploding bass, the duo’s harmonized oohs make for an out-of-this-world chorus.

On Planet Her’s second half, Doja drifts from her usual raunchy lyricism to try out lovesick lullabies and heartbreak ballads, allowing the music to slow and a newfound vulnerability to emerge. Gorgeous guitar loops on the soft lament “Love To Dream,” where she admits, “I got everything/ Everything but real love.”

Relationship issues dominate the classic R&B of The Weeknd duet “You Right” and the airy “Been Like This,” where pitched down vocals fulfill modern pop’s atmospheric ballad requirement. It all culminates in “Alone,” a lonely-at-the-top acoustic number in which she learns to accept her solitude.

These moments of openness are well-executed, but nothing tops Doja at her most upbeat. The artist’s sense of humor — which, given her past, hasn’t always landed — shines on “Ain’t Shit,” a two-note stomp where her rapped eye rolls (“Acting like that ‘cause your dad’s a bitch, must be the way that the planets is”) and falsetto “n—– ain’t shit” refrain battle each other for the LP’s funniest moment.

“Kiss Me More,” Planet Her’s closer and lead single, sums up every layer of Doja Cat’s complex celebrity. The song’s dreamy guitar line and chanted, “All on my tongue, I want it,” refrain are infectious, and with a verse from SZA — complete with a perfect, “dick”-censoring twinkle — it’s become the artist’s latest TikTok hit, a summery summation of the record’s hyper-feminine, hyper-sexual, hyper-futuristic aesthetic.

It was also co-written by Dr. Luke. That aligns with an ongoing conundrum: Doja’s musicianship embraces and celebrates all 50 shades of womanhood, but her signature songs also cite an alleged abuser in their credits. It’s hard to reconcile this duality, but it’s not hard to see why they’re popular. That’s showbiz. 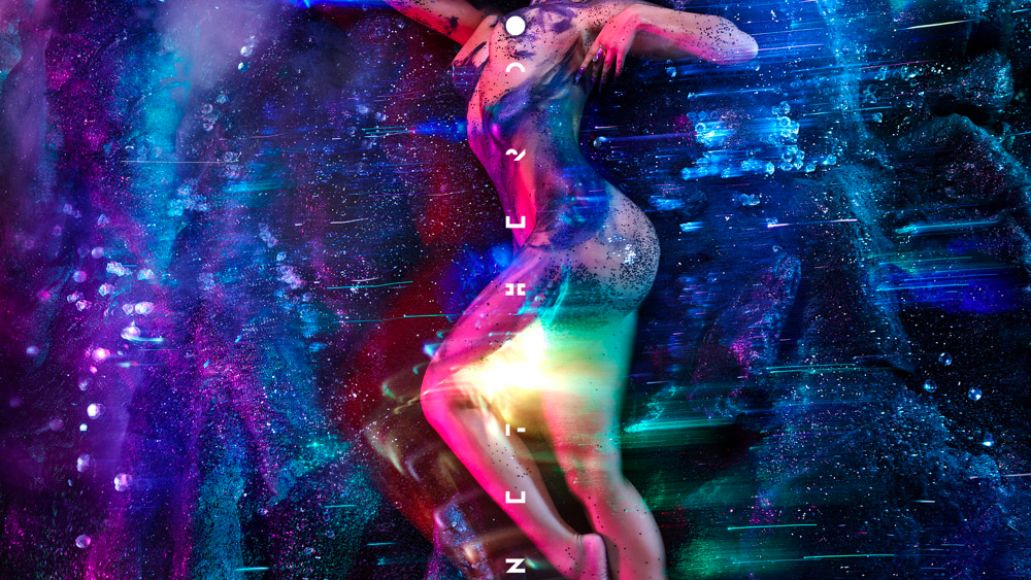