For our Track by Track feature, artists share the stories and meanings behind each song on their latest effort. Today, Faye Webster breaks down her new album, I Know I’m Funny haha.

Faye Webster has today released her latest album, I Know I’m Funny haha. Stream it below via Apple Music and Spotify, and read a complete Track by Track breakdown of the new LP from our former Artist of the Month.

In an interview with Consequence, Webster explains why people may notice a different vibe on this album. “I’ve found myself in a really happy place, with someone I genuinely love, and I think it reflects all through the record,” she says. “There is a more ‘happy’ vibe coming from me that was absent in the past couple of records.”

Webster also was challenged to get out of her songwriting comfort zone by buying a “shitty” guitar. “I bought a super super shitty nylon string guitar online just to see if it would make me play differently, or spark something in me that I wouldn’t typically think of while playing my usual instruments,” she recalls.

Faye Webster on Yo-Yos and the Atlanta Braves

Ahead of the album, Webster released the singles “Cheers”, “I Know I’m Funny haha”, and “A Dream with a Baseball Player”. Find out more about these tracks and the rest of I Know I’m Funny haha by reading Webster’s Track by Track breakdown below the jump.

Pick up physical copies of the album here.

“Better Distractions”:
This song will always be what I think of when I think of this record. It was one of the latter songs that I wrote when completing the album, but it was also one of the easiest. The final recording was our third take or something, it just felt so natural to everyone once we were in the room together. I also think it represents me really well, sonically and lyrically. This song is about how bored you can get and how much you can overthink things when in a relationship with someone who is away. Almost as if every second you are having different thoughts and just want to distract yourself from them.

“Sometimes”:
This song is cool to me because I don’t think it sounds like any other song I’ve written. During lockdown, I was trying to challenge myself to get out of my comfort zone with songwriting, to stop using the same chords that I find myself always resorting to, and to try different melodies that might seem weird coming from me. I bought a super super shitty nylon string guitar online just to see if it would make me play differently, or spark something in me that I wouldn’t typically think of while playing my usual instruments. So I think that’s how this song came about. The guitar shop next to the studio we were recording in let us borrow this really nice, expensive nylon string guitar, they made it especially for us to record the song, and I ended up giving it back to them after the first take because I missed how my shitty nylon string sounded. I feel like it made the song sound more like how it was when I wrote it.

“I Know I’m Funny haha”:
“I Know I’m Funny haha” went from being a thought to a lyric, to a song title, to an album title. These are the thoughts that go through my head when writing a song — things that people might easily overlook and don’t think are worthy or pretty enough to be sung. I think that’s what people relate to it the most, and I think it’s an aspect of songwriting that you don’t get to hear often. This song feels all over the place but at the same time, it tells a story so simple and understandable. Me not getting my security deposit back from my landlord, my partner’s family forgetting who I am because they were drunk, wanting to be in a rock band with Booth…. It almost sounds like a mad lib at first sight, but it just works.

“In a Good Way”:
Sometimes you just gotta just write a cheesy love song. There’s not much more to say about this one, just a feel-good bop that makes you want to tell your partner that you love them, even if you don’t yet.

“Kind Of”:
I think one of the things that is different about this new record compared to previous [albums] is that I’ve found myself in a really happy place, with someone I genuinely love, and I think it reflects all through the record. There is a more “happy” vibe coming from me that was absent in the past couple of records. I think people will probably notice that.

“Cheers”:
I like this song a lot because I think it confuses people even more as to who Faye Webster is, and the music that I make. I think it’s funny that this song is on the same record as “A Dream with a Baseball Player”, but neither of them feels out of place. When writing this song, it sounded so much prettier than the recording ended up being, and I had no idea that was the approach I wanted to take, but it was what the song was calling for in the end. 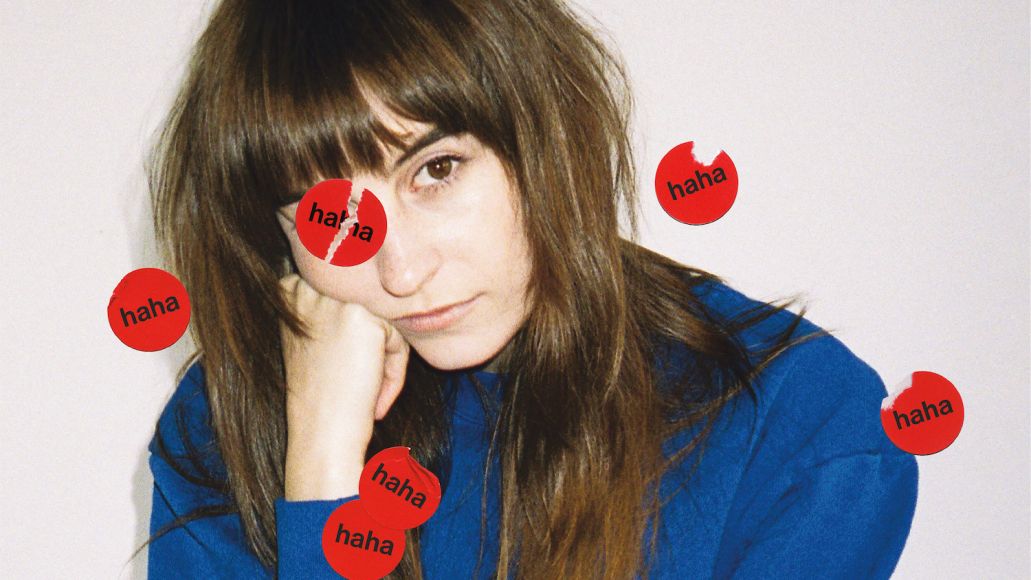 “Both All the Time”:
This is the oldest song on the record, which explains how different the mood of it is compared to the other songs. I’ve been playing this on tour for a couple years now. Lyrically, I think it was one of the most descriptive songs that I’ve written. I think it explains my past self and the life I was living off tour in a house by myself, not sure of what I was looking for.

“A Stranger”:
This song is similar to “Better Distractions” to me in the sense that it is about boredom and a loss of ideas that drive you to start thinking about things that you could only think of once you reach such a level of nothingness. I couldn’t even listen to music on the day I wrote this because I would hear these songs that I liked, and I would be mad that I didn’t write them. It’s about the point of boredom where being bored isn’t even fun anymore, and you are overthinking the simplest of things.

“A Dream with a Baseball Player”:
A song about Ronald Acuna Jr, obviously. Off tour, I spent so much of my time watching baseball that I thought I wanted to be a baseball player. But I’m not, so I guess the next best thing was having a crush on one. I guess this song explains what having a crush feels like. Having made-up conversations with them in your head even though you don’t speak their language, wearing their team jersey every day, doing these things that make you feel closer to this person that you don’t know at all. But I sang at the Braves game, and they let us meet, so I think I got that one out of my system.

“Overslept (feat. mei ehara)”:
I had a little trouble finishing this song, but we recorded it anyway because it sounded so good. I almost prefer the instrumental version sometimes. So, I wanted someone else to help me finish it. I thought of mei ehara, as she is someone who I listen to literally every day of the year. Even though I can’t understand her, she’s influenced me so much and taught me so much about songwriting and instrumentation. Because mei was such a big influence for me, I wanted her to be on the song.

I first discovered mei one day in the tour van when I was listening to Emerson Kitamura. After hearing his whole catalog on repeat multiple times, I got bored and decided to scroll down to related artists, which I NEVER do, and clicked on mei. I have literally listened to her every day since. To the point that I reached out to her on social media, and we became internet friends. I started emailing her random things I came across that I liked, or things I had been working on, and we would just talk about stuff. She even mailed me her record from Japan. I honestly wouldn’t have chosen anyone else to be on this record, no matter how big of an artist it was. I think having Father appear on my last record explained a lot about the time of my life then and I feel like having mei on this record does the same. I would love to do my next tour with her. I’ll even buy her plane ticket if I have to!!!

“Half of Me”:
I’ve had this song in my pocket for a while and I kept changing it. I finally settled on lyrics that I think explain me best now. We recorded this song in the studio, and I kicked the band out after the first take. After coming home from recording I still felt like something was off. Almost like the magic to the song wasn’t there anymore. So decided to put the demo on the record. I recorded it at home on GarageBand, but it still does the song so much more justice. I think keeping the recording from the moment that I wrote it, without tinkering or changing things, was the best way to portray it.