For those of us who live in colder climates, Mexico’s Tecate Pa’l Norte always beckons. The 2021 edition has moved from its usual March spot to November, and if the warm weather alone isn’t enough to tempt you, then smoldering rock headliners Foo Fighters and Tame Impala might do the trick. The touring editions of Dave Grohl and Kevin Parker’s bands will alight in Monterrey, Mexico for the festival that takes place on November 12th and 13th.

The 2020 edition was meant to feature Tame Impala alongside The Strokes, but as the first waves of COVID-19 spread around the globe, organizers pulled the plug. Aside from the headliners, this year’s bilingual bill also includes Alejandro Fernández, Juanes, Chet Faker, El Tri, Foster the People, The Whitest Boy Alive, Sublime with Rome, Galantis, and more. Check out the full lineup after the jump.

Tickets go on sale July 5th, and you can book your seat through Ticketmaster or on the secondary market here. You can also catch Foo Fighters at BottleRock, Lollapalooza, Bonnaroo, and the recently-announced New Orleans Jazz Fest before they embark on their delayed 26th anniversary tour. As for Tame Impala, they recently announced rescheduled 2021 tour dates. 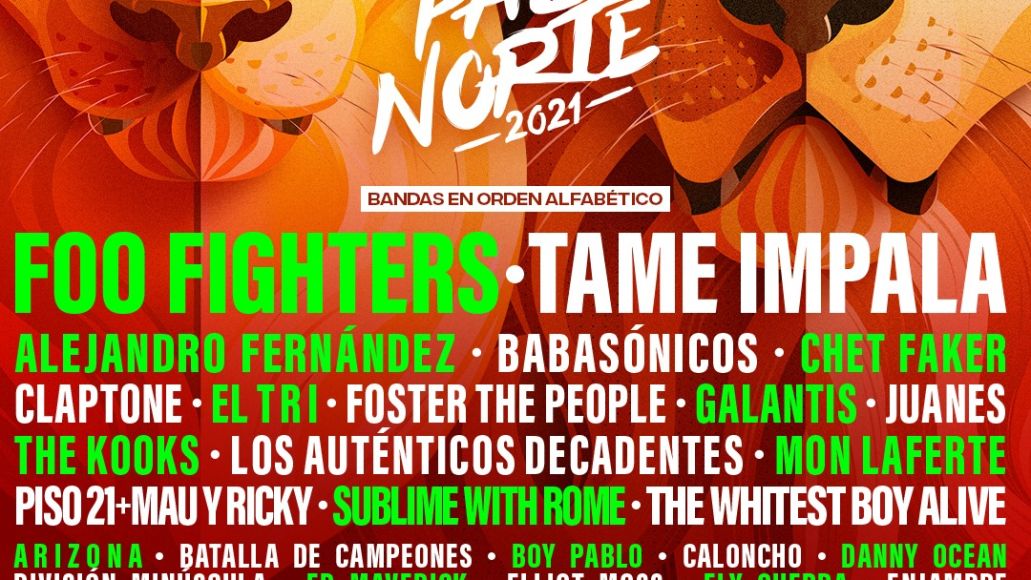