Overall, the tour now comprises 25 dates, including a previously announced headlining show at Napa’s BottleRock festival and a gig at Milwaukee’s Summerfest. The tour kicks off July 31st in Hershey, Pennsylvania, and runs through a two-night stand in Hollywood, Florida, on October 2nd and 3rd.

The tour comes as Guns N’ Roses continue to work on their highly anticipated new album, the band’s first original studio LP featuring Slash and Duff McKagan since 1991’s Use Your Illusion I and II. The two classic members rejoined GN’R in 2016, and the band embarked on the multi-year “Not in This Lifetime” tour, which grossed a whopping $584.2 million, the third-highest total ever of any tour.

Originally, the Smashing Pumpkins were supposed to open select shows on Guns N’ Roses’ postponed 2020 stadium tour. It now appears that Billy Corgan and company won’t be supporting GN’R this time around.

Wolfgang Van Halen will release his debut solo album under the moniker Mammoth WVH on June 11th. The former Van Halen bassist and son of the late Eddie Van Halen has released a slew of singles in advance of the LP.

Tickets for the newly announced dates on Guns N’ Roses’ US tour go on sale this Friday (June 4th) via Ticketmaster, while previously purchased tickets for the rescheduled shows will be honored for the new dates. If shows sell out, tickets will be available via Stubhub. 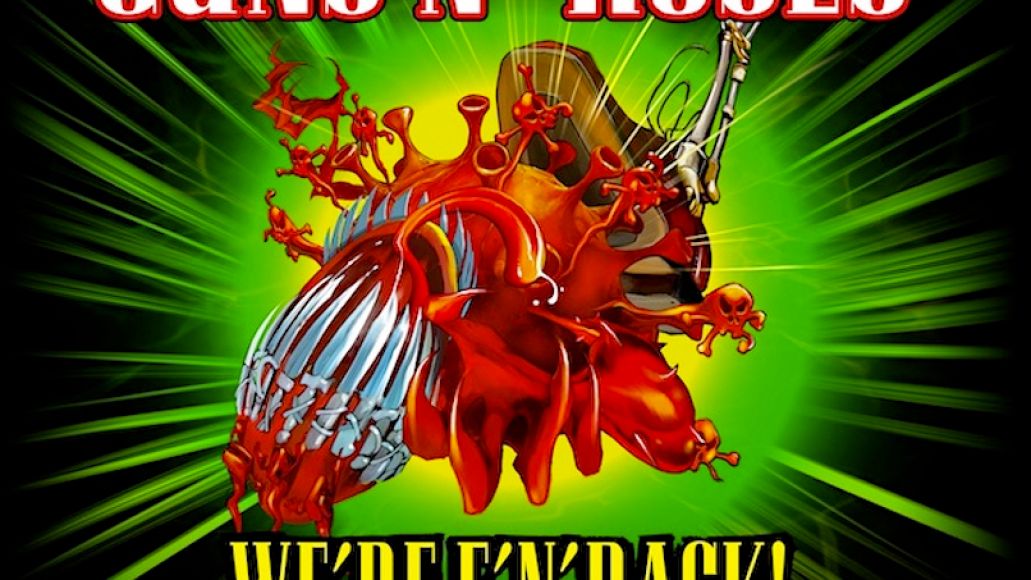