We may already have a winner for the most mind-blowing festival lineup of 2022. Hellfest is more than making up for missing the past two years, expanding to a seven-day event and featuring just about every heavy band imaginable. Among the headliners are Metallica, Guns N’ Roses, Nine Inch Nails, Faith No More, Deftones, and more.

You know a festival lineup is stacked when bands like Mastodon, Opeth, The Offspring, Baroness, and more only appear in small print on the poster. Any one of those acts would be at the top of the bill on most fests.

A message from Hellfest organizers reads, in part:

What can we say except that we are proud (and excited) to finally unveil the long-awaited line up of our anniversary edition! Keeping such a line up as a secret for several weeks has been no easy task, especially in the last few days. It’s been more than 16 months since our work rhythm was turned upside down by the arrival of this virus, since the live music industry was extinguished. Despite this, our confidence has never been affected and we have kept working with a positive mindset.

The frustration of two years without a festival has led us to dream even bigger about our reunion! In 2022, we are offering a new and unique format spread over 10 days! Never done before, this formula will, without a doubt, remain in the history of so-called “extreme” music! Twice as historic, because this formula is meant to exist only in 2022 and will not happen again in the years to come.

The first three days are already sold out thanks to fans who held on to tickets from the postponed 2020 event. The final four days go on sale beginning July 7th, with a pre-sale on July 6th for those who already have 2020 passes.

Metallica’s Foundation to Donate $1.6 Million to 23 Community Colleges in 2021

See a promo video and the ridiculous lineup poster for Hellfest 2022 below. 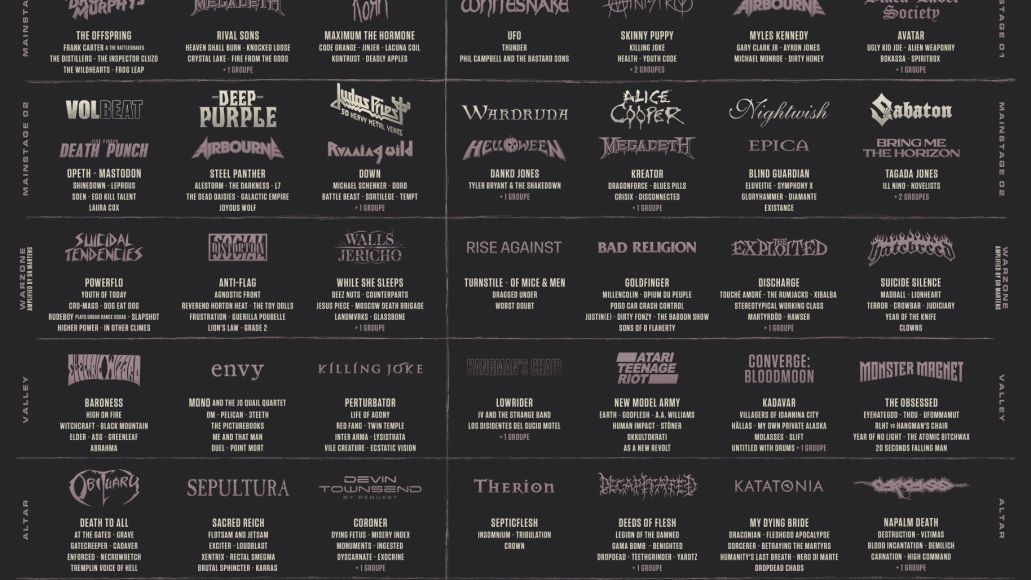