The Pitch: A blistering heat wave is about to pass over the residents of Washington Heights, a Manhattan neighborhood populated chiefly by the members of New York City’s Latinx community — Cubans, Dominicans, Guatemalans, Puerto Ricans, and various other members of the Latin diaspora. Together, they live, work, and just try to get through the hot summer days while maintaining a strong sense of community that has gotten them through thick and thin.

For the next three days, though, a few fated folks will be forced to make some dramatic personal decisions about their future: Will hard-working bodega owner Usnavi (Anthony Ramos) leave to rebuild his parents’ beachside bar in the Dominican Republic? Will young beautician Vanessa (Melissa Barrera) successfully leave the barrio and become a fashion designer? What will Nina (Leslie Grace) do now that she’s returned in shame to the Heights after struggling at Stanford? All these questions are explored through a veritable explosion of song, dance, and community, even as an impending blackout threatens to change their lives forever. 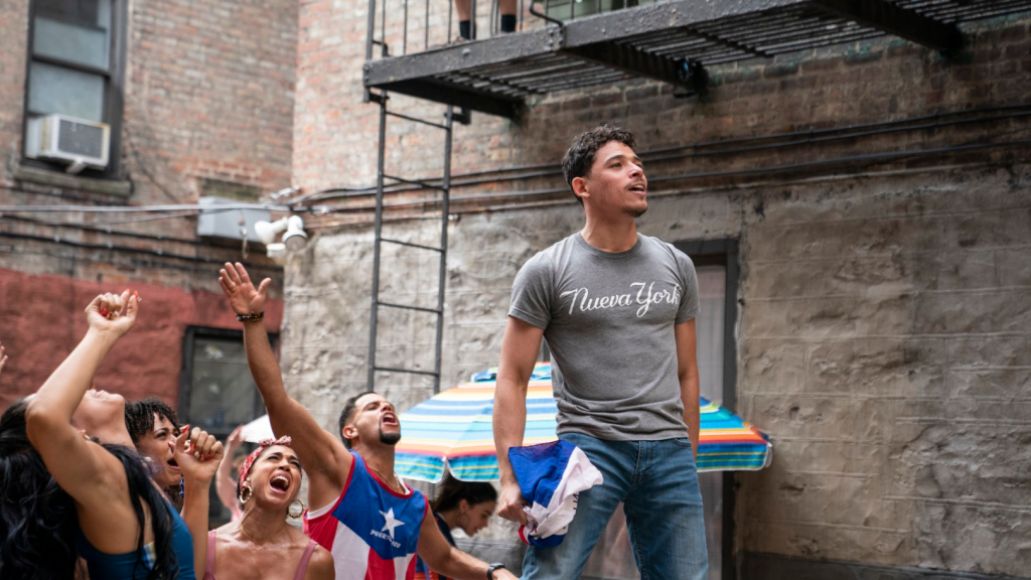 In the Heights (Warner Bros. Pictures)

¿Bendición?: Before Lin-Manuel Miranda hustled his way to the room where it happens with the breakout success of Hamilton, he conceptualized and wrote the music and lyrics for the Broadway smash In the Heights, a music-filled celebration of community, destiny, and the oft-complicated nature of the American dream when applied to people historically and systematically denied it. Now, the job of adapting it to the screen falls to Jon M. Chu (a son of immigrants whose work on Justin Bieber: Never Say Never and Crazy Rich Asians arms him capably for the film’s colorful musical sequences and complex drama of multigenerational expectation, respectively, and the results are suitably joyous.

From the get, the film moves to an infectious and energetic beat, Miranda’s songs flitting capably between genres of Latin music (salsa, merengue, bachata) while infusing it with his patented brand of freestyle rap as delivered by Ramos’ Usnavi (the role Miranda played on stage before he aged out of the role). Chu’s direction, while occasionally stumbling on the musical front (more on that later), still manages to bring out infectiously watchable performances from his young cast. This is particularly Ranos and Grace, who stand (and sing) capably alongside seasoned veterans like Jimmy Smits (as Nina’s hard-working, entrepreneurial father) and Olga Merediz (as neighborhood matriarch Claudia). Gregory Diaz IV also stands out as Usnavi’s fast-talking, charming cousin Sonny, a hard-working kid on whom so many of Usnavi’s dreams rest.

Carnival del Barrio: Strangely, it’s the musical sequences that are both In the Heights‘ greatest strength and greatest weakness. At two and a half hours of nearly sung-through story, it’s easy for some cracks to slip through in the otherwise eminently watchable proceedings. That said, it’s a bit jarring when some of the songs get exponentially more love and inventiveness than others.

When Chu imposes flashes of magical realism into the proceedings, Heights soars: take the flag-waving celebration of community in “Carnival del Barrio,” for instance, or the gravity-defying “When the Sun Goes Down,” in which two characters gracefully dance along the side of an apartment building. But a good portion of the remaining songs are shot as conversationally as the dialogue, which makes it harder for them to stand out — this feels especially egregious in sequences involving love interests Usnavi and Vanessa, whose numbers don’t get the same attention that, say, Nina and Benny’s (Corey Hawkins) do. 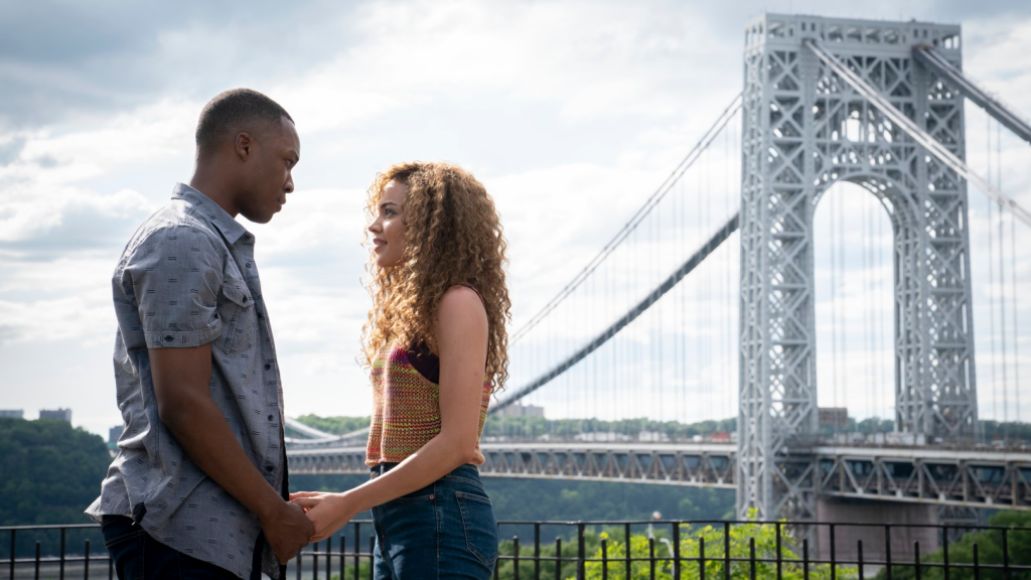 In the Heights (Warner Bros. Pictures)

Paciencia y fe: What’s more, the script (adapted by the play’s original author, Quiara Alegría Hudes) inelegantly updates the show with bursts of political commentary that, while earnest and welcome, don’t feel that well integrated into the script. A subplot regarding a young character’s undocumented status comes too late to feel organic, and the film’s occasional nods to the rapidly gentrifying nature of the neighborhood are too few and far between to really land. Heights wants us to grin from ear to ear and nod solemnly to the struggles of its characters and community at the same time, and sometimes those shifts are abrupt enough to disrupt the pacing.

Still, these flaws are easy to forgive when, every once in a while, the shaky script gives way to incredible, life-affirming numbers like “Paciencia y fe,” an absolute show-stopper in which Abuela Claudia recounts her story coming to America, and the many hardships she faced. Merediz has the voice of an angel, and Chu smartly choreographs around the older actress, turning a lonely New York subway station into 1940s Cuba. As she sings and shuffles through the station, background dancers undulate around her in ways both evocative of Cuban culture and the Old Hollywood musicals this sequence clearly pays homage to.

The streets are made of music in first trailer for Lin-Manuel Miranda’s In The Heights: Watch

The Verdict: Despite its frustrating flaws, In the Heights ultimately succeeds in its aim to craft a big, rousing, blockbuster musical meant to escort us handsomely into summer. But it also provides long-overdue representation for a Latinx-American audience yearning for mainstream, wide-release films that tell their story with grace and authenticity. (To that latter point, don’t take just my word for it; I urge you to read and seek out reviews and coverage of the film from Latinx critics, who can speak with greater authority than I.)

Whatever your background, there’s enough secondhand joy and life in this to make it feel like one of the better big-budget musical adaptations of recent vintage. As the world opens up and we take our first, furtive steps back out into the world, Heights feels like as good an excuse as any to crank up the music, throw your cares away, and just have a party.

Where’s It Playing? In the Heights ushers in pure summer in theaters on June 11th, as well as HBO Max for 30 days.