Michelle Zauner has had a busy 2021. The now-New York Times bestselling author is fresh off the release of her memoir, Crying in H Mart, and today (June 4th) she’s unleashing Jubilee, her highly-anticipated third album as Japanese Breakfast.

Originally due for release last summer, the Korean-American musician and author decided to delay the album due to the pandemic. While Crying in H Mart reflects and processes the grief of losing her mother to cancer, Jubilee is just as its name implies: pure, unadulterated joy, presented in a sizable way.

“It’s a bigger album with larger arrangements,” Zauner tells Consequence over Zoom. Her self-directed music videos have been a large part of her process since the 2016 Psychopomp single “Everybody Wants to Love You,” and delaying the album made it easier to keep her overall vision intact. “I [didn’t] want to spend my budget on a half-baked animated video…when I could direct something exceptional,” she says.

Despite the delay, the timing worked out. “I actually think it works better that the album comes out after the book, which was not how it was intended,” she says. “I was able to start a new chapter, because I was able to purge everything I needed to say about grief and loss and able to give myself permission to embrace joy in this new way.” The intention might not have been there, but it almost feels right to have the proverbial sun come out after the rain.

With the release of Crying in H Mart on April 20th and Jubilee in early June, you’d think Zauner might take a long rest period. Not so; next month, she’ll embark on a long-awaited North American tour (tickets via Ticketmaster or here) with more than 40 shows.

Ahead of the release of Jubilee, Consequence spoke with the multi-talented Zauner about music, writing, cooking, Fleetwood Mac’s Tusk, and everything in between.

That was a real breakthrough moment where it was like, “Oh, holy shit…this is real.” My publisher and my management company maneuvered my schedule so I thought I was going to be doing a tech Zoom for a reading of [the book]. And then all of them were waiting on the Zoom with [the list] up, and I just lost it…because I don’t know. I don’t even think I realized how surreal it was gonna be. But I think it just felt like it was a moment where I could really let go of all this anxiety I had about this book coming out. And I felt like I had done my mom proud in this really overwhelming way.

…I just lost it. I cried. I was so happy. It’s a once in a lifetime kind of thing. I’ve accomplished so much that I never thought I would accomplish, but I’ve never done anything that is attached to my name forever, you know, so I’ll always be “New York Times Bestseller Michelle Zauner” when people introduce me and stuff. And so that was pretty surreal and monumental in my life.

How cooking Korean food is a way to commemorate her mother

I think that Korean food became this kind of private ritual for me. And I think a lot of people from our generation kind of need to create that for themselves, because a lot of us are sort of without religion or spirituality, we’re really rooted in science and technology. And those things can be really cold things to turn to, and when you deal with something that feels greater than yourself…for me, cooking became this private ritual that I could interact with for half an hour or a couple hours, to just quietly commemorate my mom and take that time. It’s [a] very tactile, meditative thing that’s also serving a very important function of feeding yourself.

It just became this way of privately commemorating my mom with this ritual, and also this way of  preserving my culture. I think that being mixed race…once my mom died, I felt like, “Oh, I have to do this for myself now.” I don’t even feel as Korean anymore. And in order to keep that in my life, I have to actively engage with it in this way that I haven’t before.

The record was actually supposed to come out in the summer of 2020, but we delayed it a year later because of the pandemic. It was largely because we were about to shoot the first music video the week that we went into lockdown. And my producer called me and was like, “Do you think that this pandemic is going to impact our music video?” And I was like, “I don’t see why it has anything to do with us.”

I think there were a lot of reasons where it was right before we announced, so we were able to take it off the table. The music videos have become such an important part of the album release. And also such [an] important part of my art making, that I didn’t want to do a bunch of animated videos — I don’t want to spend my budget on a half-baked animated video like that, when I could direct something exceptional.

On the new timing of Jubilee’s release

I actually think it works better that the album comes out after the book, which was not how it was intended. I think in a way, l was able to start a new chapter because I was able to purge everything I needed to say about grief and loss and able to give myself permission to embrace joy in this new way.

On studying music theory for Jubilee

I knew that I wanted to kind of push myself out of my comfort zone, and study some theory, because I’ve just always been really willfully ignorant of it. Having toured for the last five years, I’ve gotten to meet a lot of really incredible musicians who have this type of musical education that [has] really elevated and impacted their work, through going to conservatory and all that — [they’ve] created the sort of discipline that I’ve sort of envied. And so I wanted to up my chops and take some more guitar lessons and learn a little bit more about music theory.

On finding inspiration in Kate Bush while making Jubilee

I was really into Kate Bush’s third album Never for Ever. The song “Delius” in particular, I was really into. I didn’t have the actual analog synths, but I had some synth plugins that I was working with that were some of the same ones that Kate Bush used — the Yamaha CS-80 and the CMI Fairlight.

I just loved the idea of someone with massive pop appeal who’s also just so bizarre and singular and surreal and weird, so I wanted to really tap into the parts of myself that were strange. I didn’t want to write a pop album. I wanted to write a weird album. I think that I naturally have a lot of pop sensibilities. I’m not interested in making overly complicated music, but I was interested in leaning in towards the weirder elements of my interests and influence.

It was amazing. I love The Sopranos so much. It was a really surreal gift that I got to work with him because he was my top pick. When I found out that he was down, I was just ecstatic. I loved working with him. I mean, not to put myself down or anything, but it was really wonderful to have a serious Hollywood actor who’s very famous and very talented come into a lower budget, shoot, and take you very seriously as a director. I really admire him for that, because he has all the right to be a diva if he wanted to.

On the video game she plays with her husband

[It’s] really nerdy but I love my husband. He’s my best friend and I enjoy spending time with him and our weird little projects together. I’ve been really into this video game that we’ve been playing together called Dawn of Man, which is basically like SimCity for cavemen. And so what I’ve been doing in my downtime is making my caveman people build huts and bows and arrows and stuff.

Tusk has always been this album in my life, where I’ve never really listened to it, and I feel like men always really think that it’s — it’s a contrarian opinion to think that Tusk is [Fleetwood Mac’s] best record. And so I listened to Tusk front to back pretty recently, and I was like, “This album is horrible!” I can’t believe it’s honestly horribly bad! And I think I just have it out for Lindsey Buckingham in general. I think that he’s really the worst member of Fleetwood Mac.

On her favorite member of Fleetwood Mac

I mean, I love Stevie, obviously. The women in that band really carry Fleetwood Mac. I think Christine McVie is their major. I think now more, more than ever, people are recognizing that she’s the real unsung hero of Fleetwood Mac. 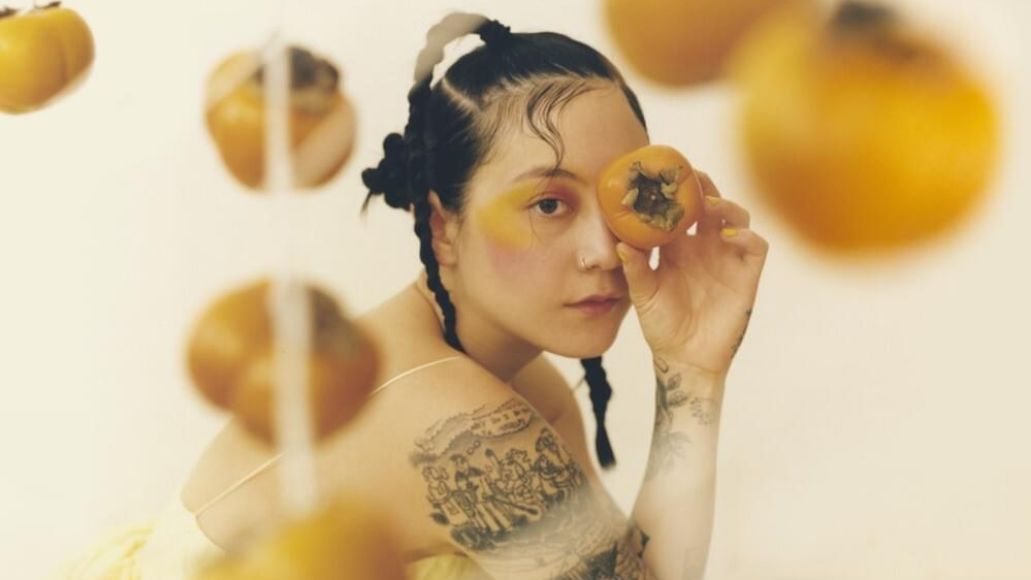 Japanese Breakfast on Leaving Her “Comfort Zone” with Third Album Jubilee: "I Was Able to Start a New Chapter"