Our new music feature Origins gives artists the opportunity to share unique insights into their latest track. Today, Kat Von D breaks down all the dazzling visuals in the music video for her most recent single, “I Am Nothing”.

Kat Von D is staking her claim in the music world. The tattoo extraordinaire turned pop singer is releasing her debut studio album, Love Made Me Do It, on August 27th. So far, she’s teased the record with the singles “Exorcism” and “I Am Nothing”, the latter of which is getting an accompanying music video today.

“I Am Nothing” serves as a perfect introduction to Kat Von D, the musician — though, really, she’s been playing music for the majority of her life. Though the reality TV personality was raised on the likes of the Misfits and the Ramones, “I Am Nothing” is a psychedelic dose of swelling, brooding dream pop. Co-written and co-produced by Von D herself, it evokes the sheen of the ’80s gothic synthwave that partially inspired her musical journey.

“I wrote ‘I Am Nothing’ for everyone who has ever felt not good enough and desperately wishing to be good enough for someone and somehow not measuring up,” Von tells Consequence. “It was written during a time where I was lost in someone, but more importantly lost myself along the way, and I think that’s something a lot of us can relate to. I believe there’s strength in vulnerability, but this song asks the listener how much are you willing to endure wanting something you just can’t have.”

The visual treatment for “I Am Nothing” is appropriately dark, underscoring the track’s themes of loneliness. Directed by grunge icon Linda Strawberry, the clip features a performance from contortionist Brynn Route, whose motions seem to echo the emotional turmoil of losing yourself in your own thoughts.

The Wallflowers Share Origins of New Song “I’ll Let You Down (But Will Not Give You Up)”: Exclusive

Watch the “I Am Nothing” video below, followed by Kat Von D’s Origins of the song.

Von D created Love Made Me Do It with an impressive list of collaborators, including Dave Grohl, Linda Perry, Peter Murphy, and Dave Sitek of TV on the Radio. Pre-orders are ongoing ahead of its release on August 27th. 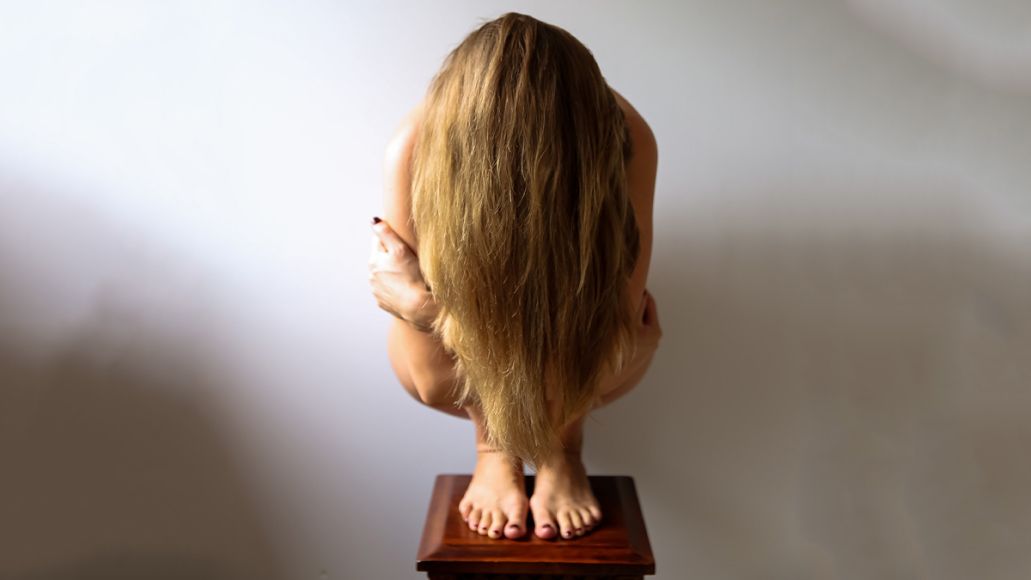 I wrote “I Am Nothing” for everyone who has ever felt not good enough and desperately wishing to be good enough for someone and somehow not measuring up. It was written during a time where I was lost in someone, but more importantly lost myself along the way, and I think that’s something a lot of us can relate to. I believe there’s strength in vulnerability, but this song asks the listener how much are you willing to endure wanting something you just can’t have. 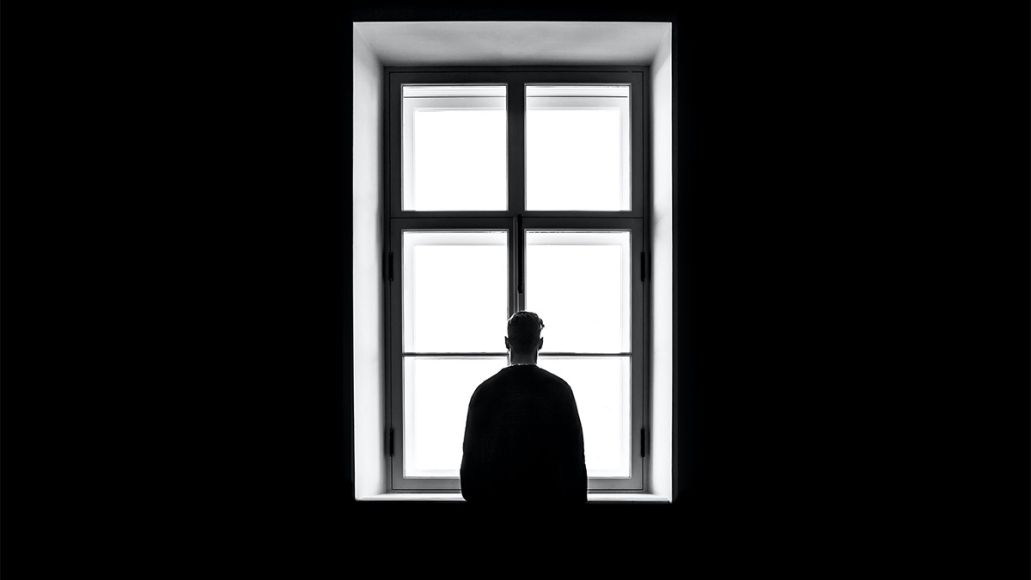 The music video was inspired by the sentiment of isolation and how it relates to feeling alone within a relationship. Everyone in the video is confined to their own space the entire time. The set for the band’s performance scenes had 8-foot-tall crucifixes made of mirrors that stood behind each band member, while walls separated each member from one another. So at no point could they see what the other person was doing. The camera was mounted on a track that circled the set to give the appearance of a merry-go-round motion. I loved watching each of their motions being so different, yet syncing up so perfectly together. It was like watching everyone process the song in their own, very unique way. Like, this is how we feel when no one is watching. 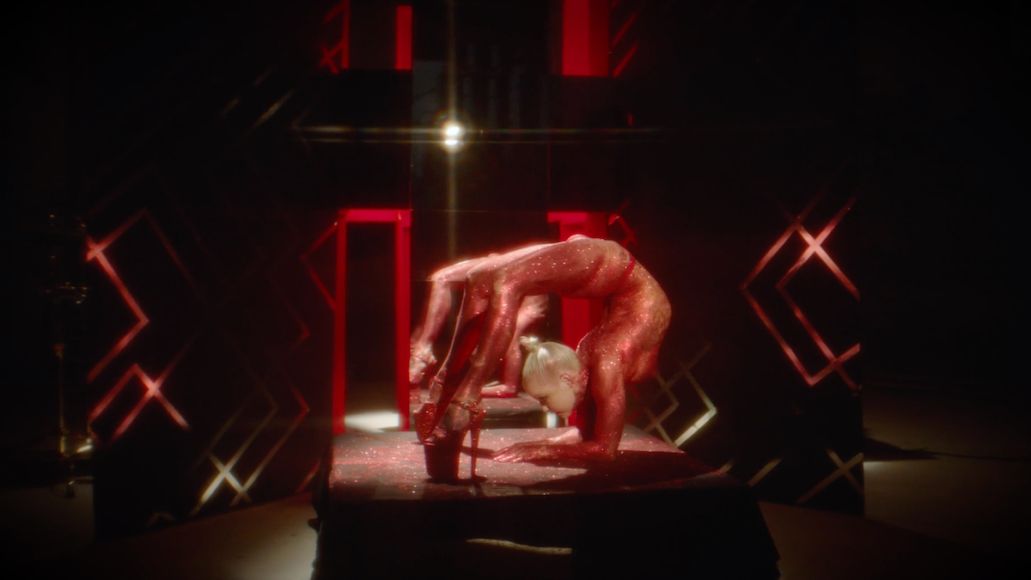 We wanted this video to be in line with clean black and silver metallics with bold splashes of red glitter. It took about an hour for key makeup artist Leah Carmichael to cover our contortionist Brynn in red glitter from head to toe, and it was well worth the wait. Watching Brynn pole dance in slow motion underneath a singular spotlight was like watching magic unfold before your eyes. I think at one point I turned to look at everyone’s reaction and the entire crew was hypnotized. 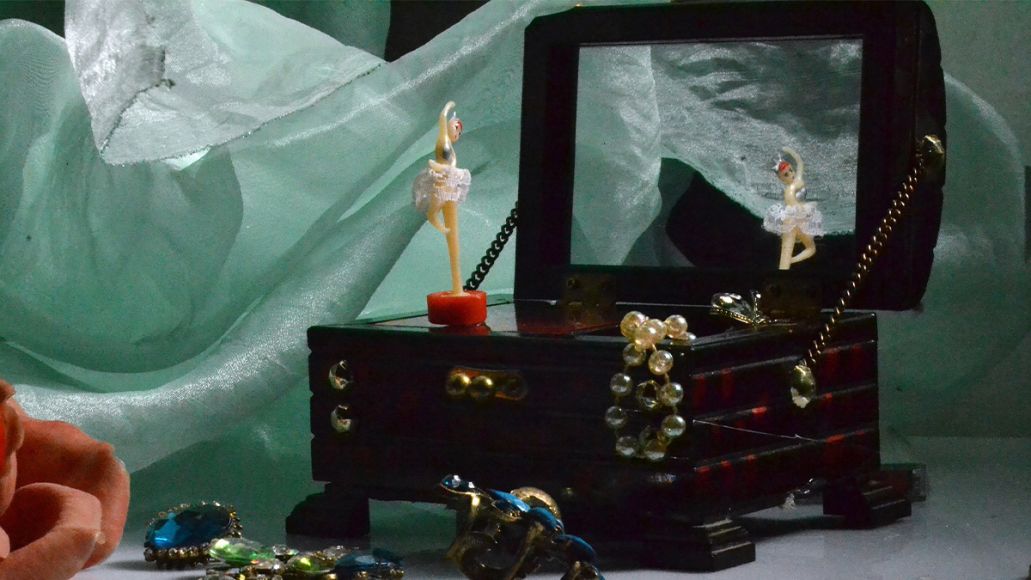 I wanted to give the feeling of opening an antique wind-up box and seeing that tiny ballerina spinning around. As empowering as Brynn makes everything look, these moments actually make you feel the vulnerability of loneliness. Working with Linda Strawberry on this video was a beautiful experience. I was already so inspired by all the work she’s done with the Smashing Pumpkins’ art direction, as well as other music video projects she had beautifully directed. I think we share the same passion for all the darker things and were able to make beautiful visuals that help tell the story of “I Am Nothing” without a literal translation.

Kat Von D Shares Origins of New Music Video "I Am Nothing": Exclusive