You can smell a Stephen King joint from a mile away — spooky New England settings, intergenerational traumas, the uncanny mixture of banal Americana, and ineffable cosmic horror. You can also mark his works by the exceedingly shaky nature of his adaptations; for every Shining, there’s a Tommyknockers, for every ’90s Stand a Langoliers.

Recent miniseries adaptations have fared better in terms of casts and presentation — see CBS All Access’ recent remake of The Stand and HBO’s The Outsider — but have been less successful in crafting a well-paced, intriguing story that holds together in its latter half. While more successful than most, Lisey’s Story succumbs to some of those same problems, though it holds up well enough thanks to the sheer pedigree of its cast and crew.

An adaptation of King’s self-professed “favorite” novel, which he wrote in a moment of reflection after his life-threatening run-in with a van in 1999, Lisey’s Story is intensely self-reflexive even for King. This tracks, of course, since King himself wrote all eight episodes of the Apple TV+ miniseries; it’s an intensely personal story about the creative process, the way creativity and fame affect those around us, and what happens to those we leave behind. It’s also, for all the good and bad it engenders, a ceaselessly faithful adaptation of a dense, convoluted book by its own author — it’s mournful and plodding in equal measure, as lush and inventive as it is self-satisfied.

Julianne Moore stars as Lisey, the grief-stricken widow of the recently deceased Scott Landon (Clive Owen), a famous horror author whose works granted him wealth, prestige, and no small number of fans and academics who hang on his every word and new release. The details of his demise are deliberately obscured (the biggest hint we get is a failed murder attempt on his life years prior), but Lisey struggles with the weight of his absence, wandering through their large, empty home and reminiscing about their lives together.

It’s a hobby she pursues at the expense of all else; her sister Darla (Jennifer Jason Leigh) resents her for not helping her take care of their mentally ill sister Amanda (Joan Allen), who’s recently gone catatonic after her latest bout with self-harm. On top of that, Lisey must deal with the pressures of handling Scott’s massive estate, including boxes of unpublished manuscripts that every Landon enthusiast would figuratively kill to get their hands on — and in the case of one superfan, the deranged Jim Dooley (a deliciously dead-eyed Dane DeHaan), maybe literally. 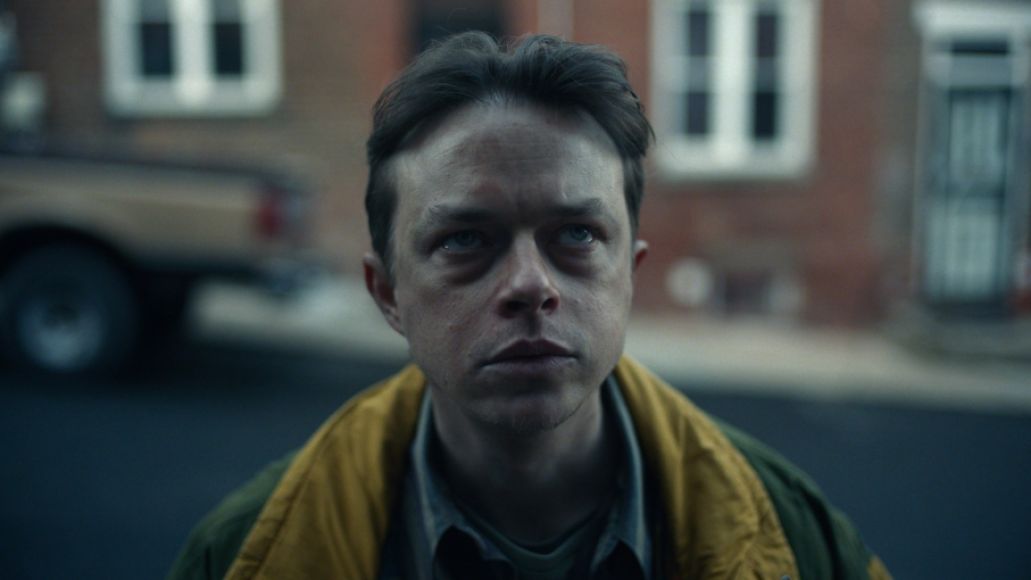 The first half of Lisey’s Story is its strongest, with director Pablo Larraín‘s delicate, painterly style delving reverently into the interior life of a woman in mourning, and the once-in-a-lifetime love she just can’t push out of her memory. Alongside cinematographer Darius Khondji’s crisp, eerie compositions, the Jackie and Ema director depicts Lisey’s dark reveries with all the tenor of a waking nightmare, the lines between past, present, and Other blurring in enticing ways.

In grief, the memories we have of those we’ve lost can intrude upon our consciousness with all the immediacy of the present, and Lisey’s Story shines brightest when it sits with those moments. Like his portraits of Jackie Kennedy and Pablo Neruda, Larraín makes elegant use of close-ups to let us scan Lisey’s face for signs of grief, resolve, closure, anger — and to let them look right back at us.

It helps, of course, that Lisey’s Story has Moore to carry so much of the emotional weight, lifting the story on her more than capable shoulders and ushering us through even the creakiest, most oddly-paced stretches of the miniseries. Moore’s an old hand at portraying strong-willed women driven to the delicate edge by unspeakable tragedy and anxiety, and she knows exactly when to let Lisey succumb to her wounds and when to let her fight back (whether over the phone or with a well-placed swing of a commemorative shovel). Her chemistry with Owen is lovely, the two reuniting for the first time since Children of Men to sell the warmth of their deep, passionate relationship.

The problems come, strangely enough, when Lisey’s Story gets down to brass tacks and decides to show us some spooky stuff. Driving the oft-lilting plot is a “bool hunt,” Scott’s name for a treasure hunt, which he leaves for Lisey in the wake of his death Following clue after clue, Lisey slowly but surely hurdles toward the strange, alien land from where Scott got his imagination — a dangerous but transcendently realm called Boo’ya Moon.

The hazy phantasmagoria of the place makes for some beautiful cinematography and production design (courtesy of Guy Hendrix Dyas), as well as some incredibly haunting scoring from electro-composer Clark; the two fill in the gaps of King’s deliberately ambiguous script with buckets of portent, especially as regards the Longboy, a ten-story-tall beastie seemingly made of undulating, screaming bodies. 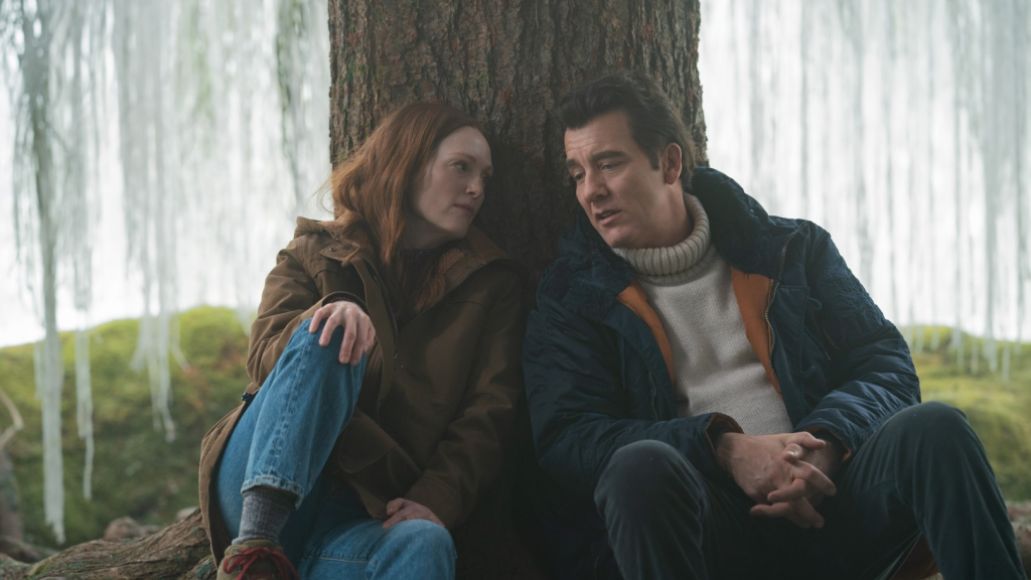 But for all the cool factor of these elements, they end up stretching Lisey’s Story too thin and in too many disparate directions to keep it focused in its latter half. As we learn more about Scott and Lisey’s lives, including extended flashbacks to Scott’s childhood under the thumb of a paranoid, abusive Michael Pitt, the plot starts to lose some much-needed momentum. Granted, this feels purposeful: we’re not meant to understand Lisey’s Story as much as swim within it, to turn our ear towards its abyss and listen to what comes echoing back at us. But it can also leave you wondering if we needed eight episodes and such a slavishly literal adaptation of its source material.

That’s not to say these flaws ruin the show; far from it. Larraín’s direction, Khondji’s direction, and the cast keep you afloat even in its thinner moments (a third-act teamup between Moore, Leigh, and Allen as three vengeful, bickering sisters is grimly delightful), and its flights of magical realist fancy pair nicely with its air of contemplation.

But Lisey’s Story is a great case study for the strengths and weaknesses of King’s writing — beautiful themes occasionally clashing against self-indulgence. Lucky for us, the good outweighs the bad, and like Lisey, we can find a glimmer of closure among the fog of confusion and despair.

Where’s It Playing? Lisey’s Story picks up a shovel and digs its way into King’s tormented psyche on Apple TV+ starting June 4th.