The God of Mischief has captured the hearts, stars, and horseshoes of legend as if they were cardboard-flavored Infinity Stones. In a new corporate crossover sure to be beloved by children and dentists, Marvel has teamed up with General Mills to release a limited-edition Lucky Charms cereal called — you guessed it — Loki Charms.

The promotion takes place June 9th, which is the same day that the new series Loki burdens Disney+ with its glorious purpose. That show may have significant ramifications for the Marvel Cinematic Universe, but the changes to Lucky Charms are only skin deep. While the cereal and marshmallows will remain unchanged, the cereal box will boast a certain megalomaniacal Asgardian in place of the usual leprechaun, with actor Tom Hiddleston’s dark countenance smirking out from the side.

Via Nerdist, only 3,500 boxes of Loki Charms will be available. These go on sale for $8 at 11:00 a.m. ET through the Mischievously Delicious website, though a presale starts at 9:00 a.m. ET for those who correctly guess the encryption password. Check out the redesigned cereal box below.

There might be a cavity waiting at the bottom of this pot of gold, but future MCU properties ought to be more substantial. Before the year is out, the MCU will not only add Loki, but also Shang-Chi and the Legend of the Ten Rings, Chloe Zhao’s Eternals, and Spider-Man: No Way Home. 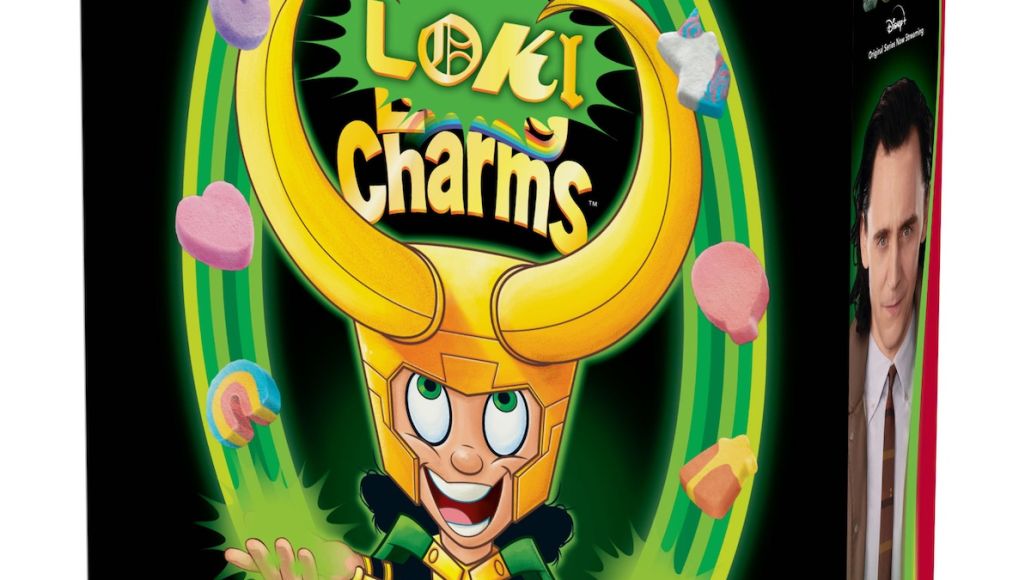 Sleater-Kinney Perform "Worry with You" in a Swimming Pool on Colbert: Watch