The Pitch: What happened to Asgardian god of mischief Loki (Tom Hiddleston) after secreting away with the Tesseract in the alternate 2012 of Avengers: Endgame? Well, not long after he makes his daring escape, he’s immediately scooped up by the Time Variance Authority, a retro-futuristic police force that serves as the all-knowing, all-powerful arbiters of the sands of time itself. Their goal is to protect the “sacred timeline” at all costs against “Variants” like, well, Loki, whose disappearing act threatens to disrupt the Way Things Should Be.

But rather than be erased, he gets a second chance courtesy of a unique problem that only he has the expertise to solve: a dangerous Variant who constantly slips through the TVA’s fingers and threatens to undo the primacy of the timeline. Partnered with the laconic Agent Mobius (Owen Wilson), who takes a liking to the mercurial trickster, Loki realizes that if you can’t escape them, you gotta join them. (At least, until the right opportunity comes along…)

The Boys From Brazil: The Marvel TV shows have been a fascinating litmus test for where the MCU wants to go after its game-changing climax in Endgame. So far, results have been mixed: WandaVision was a risky, genre-hopping experiment that fizzled out by its rote finale, while Falcon and the Winter Soldier played it extremely safe and suffered even more as a result. For the two episodes released to critics at least, Loki leans much more in the WandaVision direction, taking its central character out of their element and plops them into a twisty sci-fi police procedural as much Men in Black as The X-Files. And you know what? It’s got promise.

First off, it looks great, director Kate Herron and production designer Kasra Farahani soaking Loki in oodles of Gilliamesque Expressionism. The TVA, which exists somewhat out of time and space, looks like Brazil‘s Kafkaesque bureaucracy mixed with the ’60s-laden aesthetics of Mad Men. Heaps of mid-Century modern fantasism blend with Golden Age sci-fi backdrops that seemingly go on forever and ever. DP Autumn Durald Arkapaw admittedly drenches the frame in foggy greens and oaken browns, obscuring the show in a frustrating muddy that at once befits its characters’ motivations and dampens some of the visual invention.

It’s populated with some winsome characters, too, from Gugu Mbatha-Raw’s cautious Time Agent-turned-judge to Eugene Cordero’s nebbish accounts manager Casey. Wunmi Mosaku, who stunned in last year’s brilliant His House, also has a lot of fun as a burly Time Hunter who serves as one of Loki’s most effective handlers. They don’t get much to do (the show spends most of its time on the push and pull between Wilson and Hiddleston), but hopefully, they’ll come into more direct play with the rest of the story as the show continues its X-Files vibe. 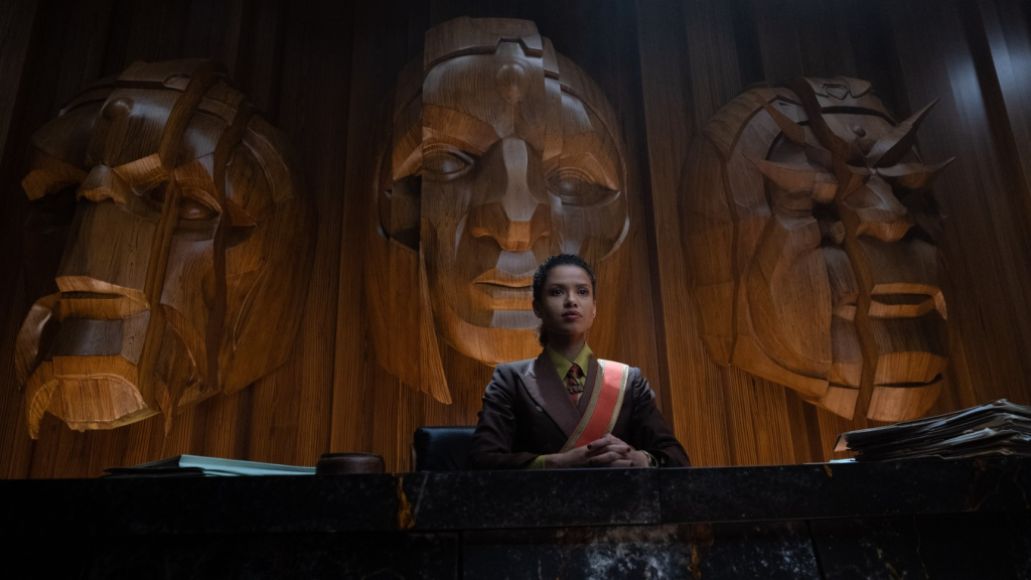 Low-Key Loki: Loki’s biggest asset, of course, is the God of Mischief himself, and it’s remarkable to see Hiddleston and the writers (led by creator Michael Waldron) somehow find new angles to take a decade-old interpretation of a character that, let’s be honest, was getting a little stale. Here, we see Loki immediately humbled — robbed of his powers, marked for death, his self-assured primacy as the smartest creature in the universe suddenly upended.

And of course, this is a Loki crystallized in his more villainous version from the first Avengers film, as opposed to the one who slowly grew a begrudging trust with his brother Thor and sacrificed himself to try to kill Thanos in Infinity War. Snatched out of the timeline, with his inevitable path laid out before him, he’s left to wonder: If the fates have something specific in store for him, what good are all of his grand schemes? Is he truly a villain, or can he become something more? Does he even want to be?

This tack allows Hiddleston more room to play, shifting foxily between blustering baddie and eager-to-please little boy as the scene demands. Even as he changes tactics and settles into a perversely satisfying life at the TVA — swapping his green Asgardian leather cape for some khakis and an all-too-adorable coach jacket — it’s a joy to see the actor slither into his new role with a kind of glee even he won’t possibly admit. (There are scenes in episode 2, as he time-hops from one apocalypse to another to hunt down leads on the Variant, where you’d be forgiven for thinking you’d accidentally turned on Doctor Who.) The show has room for Hiddleston to preen like a god and play Loki’s deeper, darker existential questions, which is a tough balancing act for Loki to pull off. 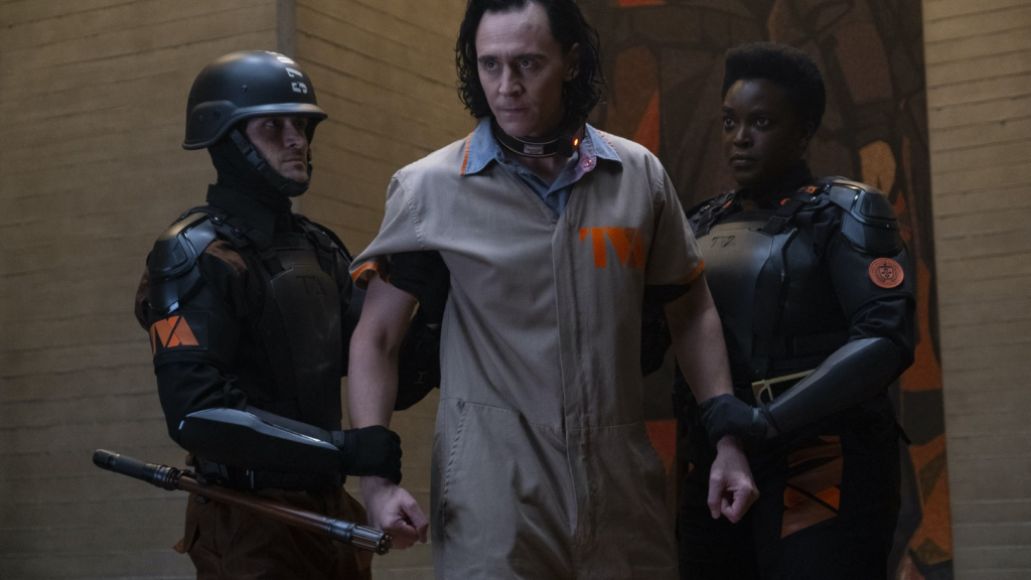 What This Timeline Presupposes Is… But the other secret ingredient to Loki’s bizarre success is Owen Wilson as Loki’s partner/handler/mentor of sorts, playing Mobius with an endlessly curious twinkle in his eye and more than a little fascination with the God of Mischief. The two bounce off each other fantastically, Mobius’ world-weary calm contrasting nicely with Hiddleston’s agita. Like so many of these Marvel TV projects, it’s a treat to see the kinds of actors we wouldn’t expect show up in these projects (Kathryn Hahn, Julia Louis-Dreyfus, Wilson) sink their teeth into the weird worlds of their respective shows, and Wilson is no exception. He gets to be the zen center of an exceedingly strange corner of the MCU, which paradoxically makes everything around him seem all the stranger.

There are long stretches of Loki’s first two episodes where we just get to see Wilson and Hiddleston sit down and talk — about fate, about the purpose of what they do — and both actors make for generous, affable scene partners.

The Verdict: Given the strength of these first two episodes, it’s my sincere hope that Loki can shake the as-yet-unbroken streak of Disney+ Marvel shows squandering their potential with disappointing climaxes. There’s a lot of great stuff set up here: helter-skelter multiverse play, time travel shenanigans, an interdimensional bromance between Hiddleston and Wilson, both of whom are clearly having a blast. Right now, the rest of the supporting cast struggles to keep up with them, and there are a million ways its time-travel whodunit plot can go south. But based on what we’ve seen so far, Loki has the chance to be the best Marvel series yet.

Where’s It Playing? Loki leaps through the timestream, getting into mischief and looking out for Numero Uno, on Disney+ Wednesdays starting June 9th.