Lil Nas X is facing a homophobic backlash for his same-sex kiss at the BET Awards. This begs the question: shouldn’t more people be talking about Madonna? At least one aging pop star thinks so; Madonna used her Instagram stories to bring the spotlight back to where she believes it belongs, pointing out her own attention-grabbing kisses of Britney Spears and Christina Aguilera at the 2003 MTV VMAs. She included the caption, “#diditfirst.”

To be fair to Madonna, she isn’t just an occasional ally for gay rights. Her support of the community reportedly goes back to her days as a teenager, when she caroused with her fellow dancers at gay bars. She was perhaps the first global superstar to use her platform to demand LGBTQ equality, and she has done so both loudly and consistently throughout her career.

Madge’s heart may be in the right place, but this time her head is located right up her rear. To point out the obvious: a 62-year-old white woman who has only publicly dated men is in a very different place than a 22-year-old openly gay Black man. And while 2003 was a less-accepting era, it’s worth remembering that Madonna was married to Guy Ritchie at the time. Her locking lips with Spears and Aguilera was never more than a titillating fantasy, while Lil Nas X’s kiss represented his reality. For her taboo-breaking moment, Madonna was rewarded with attention, and her 2003 album American Life was one of the best-selling records of the year. Just for being himself, Lil Nas X has faced harassment and death threats.

But the episode isn’t a total loss. By trying to push herself back into the conversation, Madonna has only highlighted the remarkable accomplishments of Lil Nas X. “Montero (Call Me by Your Name)” became the No. 1 song in the country, and the young star is poised to capitalize on that success with his recently announced debut album Montero. He’s a superstar on the rise, and he’ll be just fine. Check out a screenshot of Madonna’s Instagram story below. 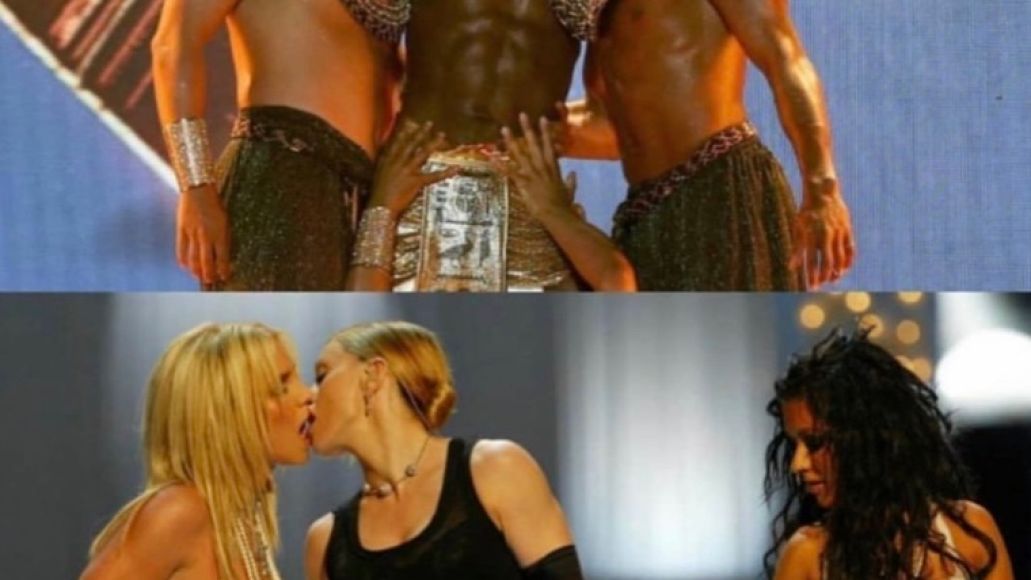