Alt-rock veterans Manchester Orchestra are ready to hit the road. The Atlanta, Georgia four-piece just announced a lengthy tour that will see them performing across North America late this fall and into early 2022. Along the way, they’ll be supported by emo trio Foxing. Check out the full list of tour dates below.

Manchester Orchestra are kicking off the trek on October 5th in Dallas, Texas and hitting up the usual major cities like New York City, Houston, Philadelphia, Nashville, and Boston, before throwing their annual holiday extravaganza The Stuffing on November 19th in their hometown. After a quick break, Manchester Orchestra will jumpstart the tour again on February 16th in St. Louis, Missouri, and they’ll stay on the road until finishing in Montreal, Quebec on March 16th.

“It is our absolute pleasure to announce our return to the stage across the United States,” said singer-guitarist Andy Hull in a statement. “We have missed playing together in a communal setting more than we ever thought we could. This is about to be a party. See you all soon.”

Fans can look forward to finally hearing songs from the band’s excellent new album, The Million Masks of God, live on tour. When the record came out in April, Consequence contributor Jordan Blum awarded it a B+, writing, “The Million Masks of God is an outstanding album that matches, if not marginally outdoes, its predecessor. It’s not only Manchester Orchestra’s crowning achievement but also one of the finest amalgamations of indie rock/Americana/indie folk in years.”

Tickets for this tour will go on sale to the public this Thursday, June 24th via the band’s website. Afterwards, book your seat through Ticketmaster. If shows sell out, or if you’re just looking for a deal, don’t forget you can grab tickets here, too. 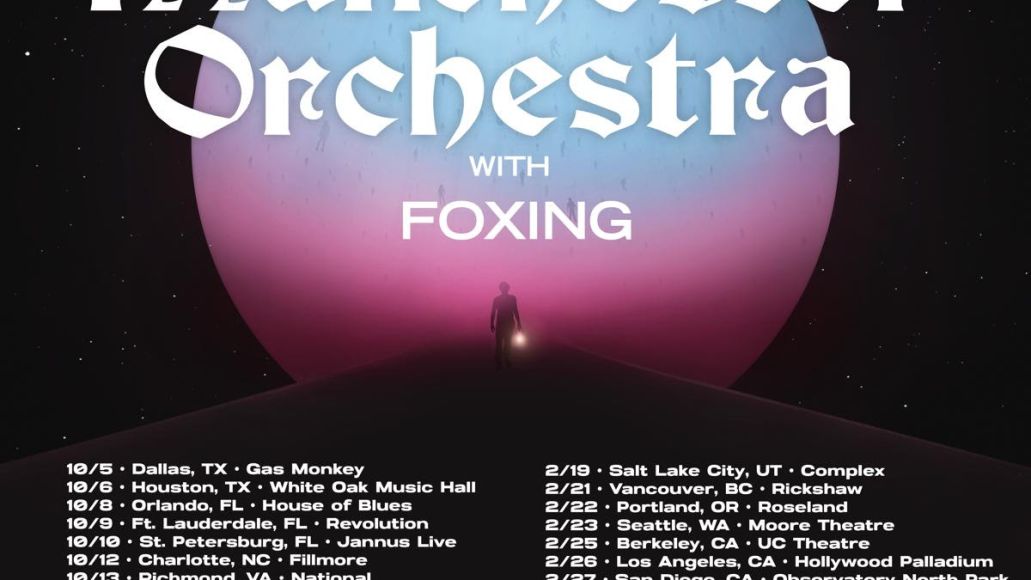