Swedish metal veterans Meshuggah have announced a 2022 US tour with support from Converge and Torche. The 19-date outing will launch in late February.

Meshuggah have been going strong for nearly 35 years, having formed in 1987, and are pioneers of extreme tech-metal. The entire tour lineup is impressive and intriguing, with Converge being one of the early architects of metalcore, and Torche earning acclaim over the past 15 years for their eclectic mix of sludge and melody.

The tour kicks off February 23rd in Silver Spring, Maryland, and runs through a March 20th show in Atlanta.

A press release announcing the tour also revealed that Meshuggah recently entered Sweetspot Studios in Sweden to record their ninth album, the follow-up to their 2016 album The Violent Sleep of Reason. The group has also welcomed back founding guitarist Fredrik Thordendal, who had left the band in 2017.

Tickets for the tour go on sale Friday (July 2nd) at 10 a.m. local time via Ticketmaster, with pre-sales beginning on Wednesday (June 30th). See the full itinerary and tour poster below. 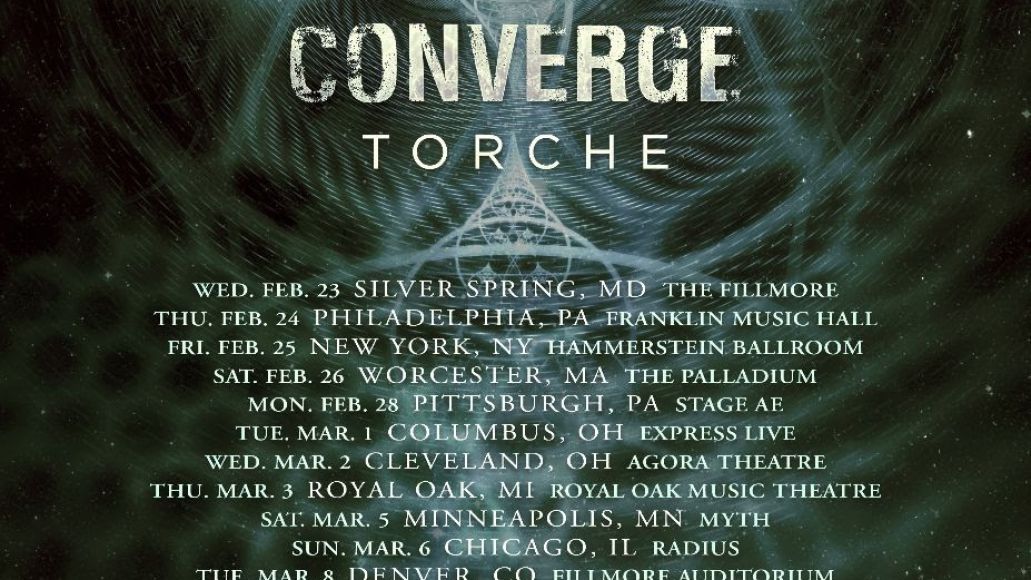 Meshuggah Announce 2022 US Tour with Converge and Torche