While the rest of us were making sourdough starters and binging TV shows throughout the last 18 months, Mike Posner was literally scaling mountains.

After accomplishing the incredible feat of walking from New Jersey to California in 2019 — and surviving a potentially deadly rattlesnake bite along the way — Posner decided to take on an even bigger challenge: Mount Everest.

According to the singer, songwriter, producer, and poet, Posner made the choice to climb the world’s tallest peak while making his way through the Rocky Mountains on his walk across America two years ago. On June 1st, 2021, he arrived at the summit with teammates Dawa Dorje Sherpa, Dawa Chirring Sherpa, and trainer Jon Kedrowski.

Furthermore, Posner’s climb was in support of The Detroit Justice Center — he raised nearly $250,000 to support criminal justice reform in his native Michigan — and honored his late father.

Consequence caught up with Mike Posner to chat about his Mount Everest climb, training in the pandemic, new music, and more. Watch the video interview above, and check out excerpts from the conversation below.

Take us back to 2019, when you’re walking across America. What made you decide to take it to the next level and climb Mount Everest?

I just had this inkling before I started my walk across America that I had a little bit more in me than I was giving to the world. You know, sitting in a lot of dark rooms in West Hollywood writing pop songs, this kind of thing. I kept feeling like there was just a little more inside me — so I started walking. And I walked for months and months, across 100 miles, 200 miles, 1,000 miles… I walked for about 1,700 miles when I got bit by a rattlesnake, and that took me out for about three weeks.

I was able to heal up, go back to the spot where I was bitten, and I kept walking. And soon thereafter, I went up and over the Rocky Mountains. And I thought, “Hey, man, maybe I’m wrong. Maybe there’s not a little more in here. Maybe there’s more than I thought.” That was the day I started dreaming about Mount Everest. By the time I finished walking across America, I had a pretty good idea that that’s what I wanted to do next.

How did you prepare for the climb?

I had some research to do. I needed to understand the risk and talk to people that have been there and that kind of thing. I started training two weeks after I finished the walk and I’ve been doing it pretty much full time. I didn’t announce it until a month or two ago, but Mount Everest has been my life for a year and a half. That’s really how it started.

Did you always plan to do it in 2021? Or did the pandemic offset that goal a little bit?

It was always my goal to do it in 2021 — I thought it would take me about a year and a half to get ready. I did have a plan to go to Everest last year to climb to the North Call, which is on the other side and is about halfway in elevation, but not halfway in effort, necessarily. But I thought it would be good to go there, be there, complete the expedition and then do the whole thing the next year. That didn’t happen, obviously, because of the pandemic.

COVID affected training a lot — there were a lot of mountains we wanted to climb that were close — but my goal was always to take a year and a half to train. I told my coach, Dr. John Kedrowski, that I don’t have any interest in going there if I don’t belong there. So he got me ready to belong there.

Now that’s what I call a sunrise. This was hard. I’m exhausted beyond any point of exhaustion I could’ve conceived of before. Taking sometime for me but will share some more memories with you once I’ve had time to process it all. pic.twitter.com/IOyBwWG0DI

Had you been rock climbing before Everest?

No, I didn’t really have the experience. I’ve been on hikes and stuff when I was a kid but I never climbed, never wore crampons, never held the ice axe, nothing like that. So we pretty much started from nothing. John did a great job of getting me ready.

Your climb also raised money for The Detroit Justice Center. Why was that the charity you chose to represent?

Mike Posner Climbs to the Summit of Mount Everest

The Detroit Justice Center is a nonprofit law firm that’s doing the work to make our city better. And they do great work. Simultaneously, my dad was a criminal defense attorney in Detroit for 40 years before he died four years ago. So this is both something I care about personally, deeply, and simultaneously, a way for me to honor my dad as well. (Editor’s note: Posner’s GoFundMe is still active and raising funds here.)

Climbing Everest is just as much a physical challenge as it is mental. Especially considering the walk you did a couple years ago, were there any practices that you’ve been incorporating since then that have helped you stay grounded and aligned?

To be honest, I actually feel a little less grounded and aligned. I don’t know if it’s just because of the pandemic, but I feel like I’m just on my phone more like this year than last year. So I’m actually going back to this monastery I go to every year or two. And I’ll just be alone without my phone. I won’t have any human contact for a few weeks. It’s something I’ve done two times before. So hopefully I feel more aligned. I will say I felt more aligned on the walk — especially on the last third without my phone. 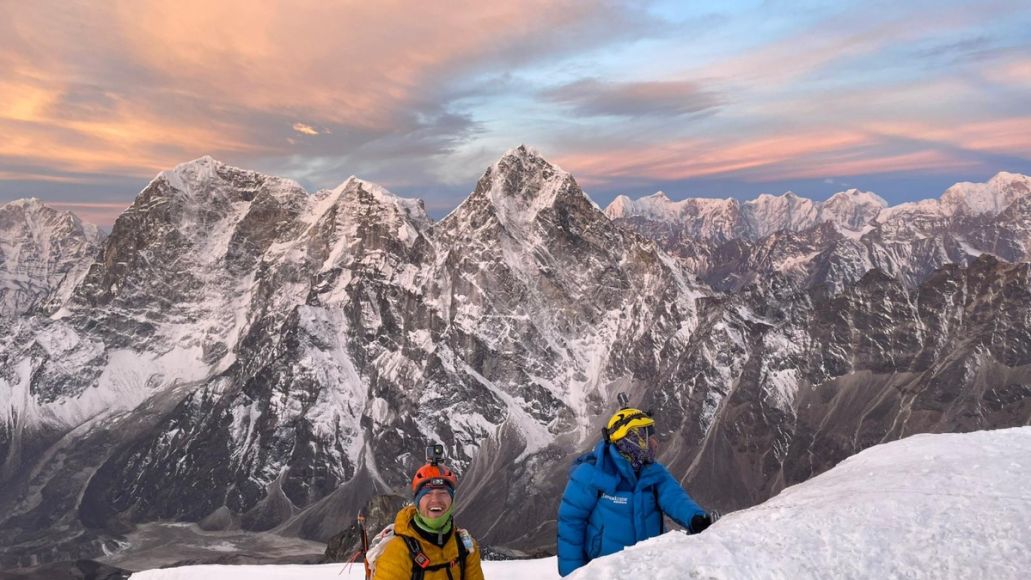 You finished the walk in October 2019, and then five months later, we’re all in lockdown. Did you reflect at all on the experience of being able to travel through America the way that you did?

On the walk, I had two guys that ran support for me. I always had one guy that had my back out there. And we were joking recently about how glad we were that we did it the year before… But yeah, the walk was a life-changing experience. Everest was a life changing experience. I like goals that are gonna change you in some way. They both changed my life and changed who I am in some deep ways. I’ll always be the same guy, but I changed in other ways. There is a trophy on the inside that no one else can ever see or understand.

What can we expect from new Mike Posner music?

Hopefully just greatness. Most of the time, when I’m working in the studio, it’s only good — so I fail. But every once in a while I have some magic day, either by myself or working with somebody else, so I try to only release those great, great things. And hopefully that quality of work is just maintained.

I’ve been making music professionally for 10 years. I’ve got about 10 albums, when you include my live albums and my poetry. And I feel like quality has just increased over time, and that’s all you can really do. I think the music that my crew and I make is on par with any music that’s come out in the last five years — I feel like we’ve really turned a corner. So I just want to keep pushing and keep getting better.

Do you have any dream collaborations?

A lot of my heroes are still around, like Stevie Wonder, Paul Simon, the guys from OutKast. I love Frank Ocean.

After these big physical feats, how do you feel you’ve changed, and how will that inform your music?

I definitely think I’m different. I think it makes you deeper — how could you not be a deeper person having these experiences, spending six months walking 20 miles a day outside? Going to the highest point on planet Earth? How could it not change your perspective, how could it not make you deeper, you know, more humble, more grateful to be alive? Mount Everest made me grateful to be alive today.

I don’t know if anybody else has ever been nominated for a Grammy, walked across America and climbed Everest — it’s just me. So, hopefully, that means that the way I see the world is somewhat unique. And I hope that unique perspective is of value to others. That will manifest itself in the art — if I’m really being real, when I’m writing, that will manifest itself. I did a book of poetry several years ago, maybe I’ll do another one. Maybe another album. Maybe I write fiction or prose, I’m not sure. We’ll see what comes out in these years to come.