Modest Mouse released their new album, The Golden Casket, today. Stream it via Apple Music or Spotify below.

Spanning 12 tracks, the new LP is the Isaac Brock-led band’s first new album since 2015’s Strangers to Ourselves. It was recorded in Los Angeles and Modest Mouse’s basecamp of Portland with producers Dave Sardy and Jacknife Lee.

During the lead-up to The Golden Casket, Modest Mouse shared a string of singles including “We Are Between”, “Leave a Light On”, and “The Sun Hasn’t Left”.

They’ll also be headed on tour later this year, including festival appearances at Lollapalooza and Just Like Heaven. Tickets are available through Ticketmaster or on the secondary market here.

Brock recently sat down with Kyle Meredith for an episode of Kyle Meredith With…, during which he discussed how fatherhood affected the making of The Golden Casket. You can listen to that here. 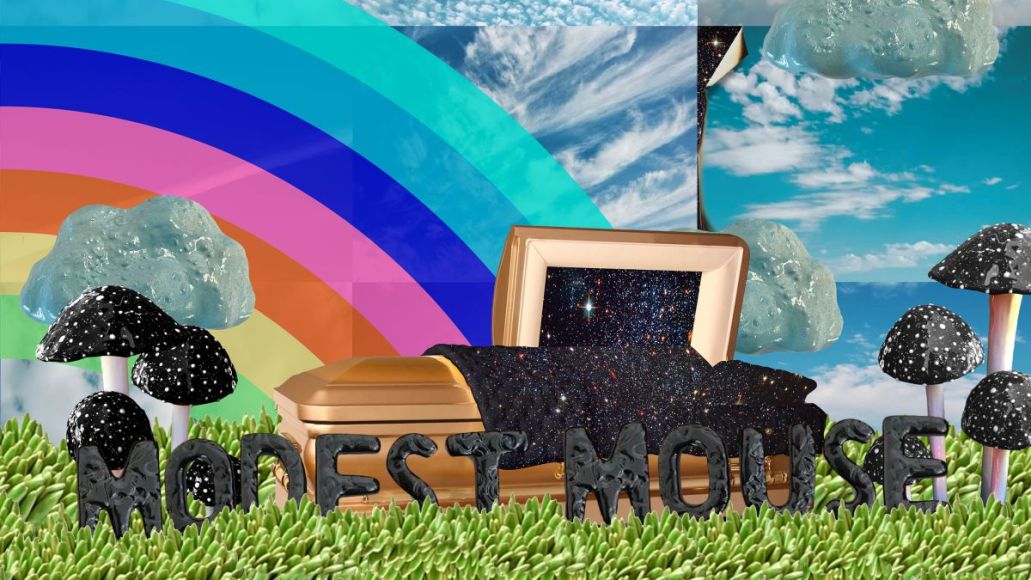