Mötley Crüe bassist Nikki Sixx is chronicling his early years in a new book titled The First 21: How I Became Nikki Sixx. The memoir will be released on October 19th via Hachette Books.

“You’ve heard the tales of excess and debauchery,” stated Sixx in a press release. “All the peaks and the valleys that came with rock and roll stardom and my life in one of the world’s biggest bands. This is the story that you haven’t heard. The one that led up to those stories.”

He continued, “It’s the intimate, personal story of how an innocent Idaho farm boy with a burning dream and desire — for music, for love, and for fame — became the notorious Nikki Sixx. I believe our first 21 years have a lot to do with shaping who we become. These are my first 21, and it’s my hope that they thrill and inspire you to invest in your own, biggest dreams.”

A description from the publisher further details the book:

“Born Franklin Carlton Feranna on December 11, 1958, young Frankie was abandoned by his father and partly raised by his mother, a woman who was ahead of her time in some ways and deeply troubled in others. Frankie ended up living with his grandparents, bouncing from farm to farm and state to state. He was an all-American kid — hunting, fishing, chasing girls, and playing football — but underneath it all, there was a burning desire for more, and that more was music. He eventually took a Greyhound bound for Hollywood.

In Los Angeles, Frank lived with his aunt and his uncle — the president of Capitol Records. But there was no short path to the top. He was soon on his own. There were dead-end jobs: dipping circuit boards, clerking at liquor and record stores, selling used light bulbs, and hustling to survive. But at night, Frank honed his craft, joining Sister, a band formed by fellow hard-rock veteran Blackie Lawless, and formed a group of his own: London, the precursor of Mötley Crüe. Turning down an offer to join Randy Rhoads’ band, Frank changed his name to Nikki London, Nikki Nine, and, finally, Nikki Sixx.”

Nikki Sixx previously documented his battle with drug addiction in his book The Heroin Diaries, while Mötley Crüe’s infamous debauchery was chronicled the book The Dirt, which was turned into a Netflix movie in 2019.

Hachette publisher Mary Ann Naples explained that The First 21: How I Became Nikki Sixx has more of a universal appeal that takes the reader back in time. “Whether you’re a Mötley Crüe and Nikki Sixx fan or not, if you’re looking for a memoir that transports you back to the ‘70s and early ‘80s, and that — for those who lived it — will reacquaint you with the vinyl collection your parents threw out in the ’90s, then this is your book,” she said. “And the larger themes of getting to know who you are and taking control of your identity certainly resonate now in the still-new 2020s.”

Nikki Sixx was set to reunite with Mötley Crüe for a U.S. stadium tour with Def Leppard last year. The outing was initially postponed to this year due to the pandemic, before being rescheduled for 2022.

The First 21: How I Became Nikki Sixx will be available in hardcover, eBook, and audio editions, with pre-orders ongoing via Amazon. See a large version of the book cover below. 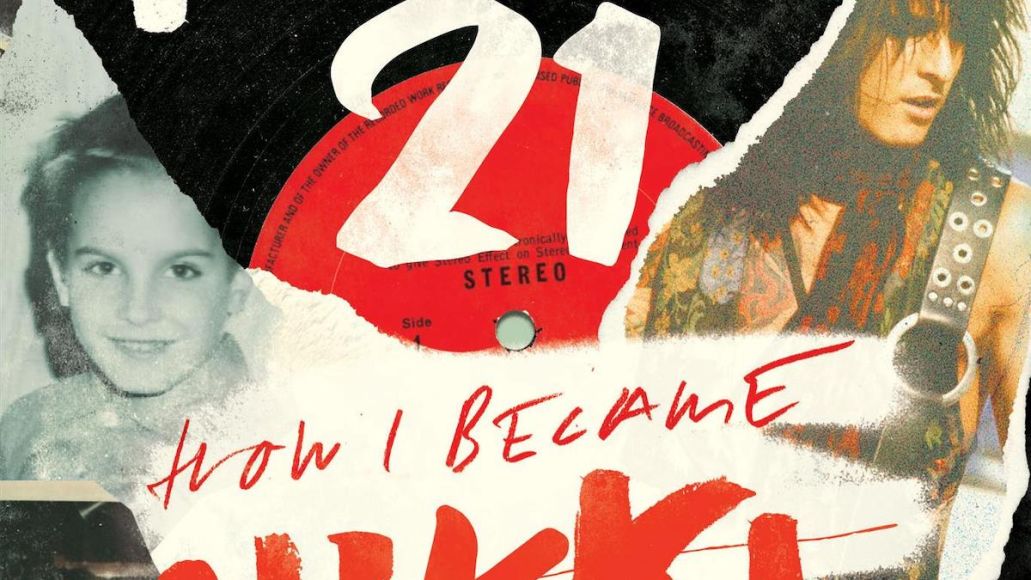