As My Morning Jacket gear up for their first headlining tour in five years, the Kentucky rockers have announced the new vinyl series MMJ Live. The first edition, Live 2015, will be ready for your spinning pleasure on Friday, September 3rd.

This is the band’s first official live release since 2006’s OKONOKOS, though they did upload three live albums to Bandcamp last year. Taken from the tour in support of their album The Waterfall, Live 2015 features 16 previously-unreleased tracks. The new set comes on three crisp white discs with red labels, and each purchase is accompanied by a digital download card, with the actual digital versions arriving sometime later.

Live 2015 drops via ATO Records, and pre-orders are ongoing. Check out the artwork and tracklist below. The band kicks off their 2021 tour at the end of August, and tickets are available through Ticketmaster or on the secondary market here.

Last summer, My Morning Jacket released their eighth studio album, The Waterfall II, while also revealing that another “completely new record” was already finished and ready for release. 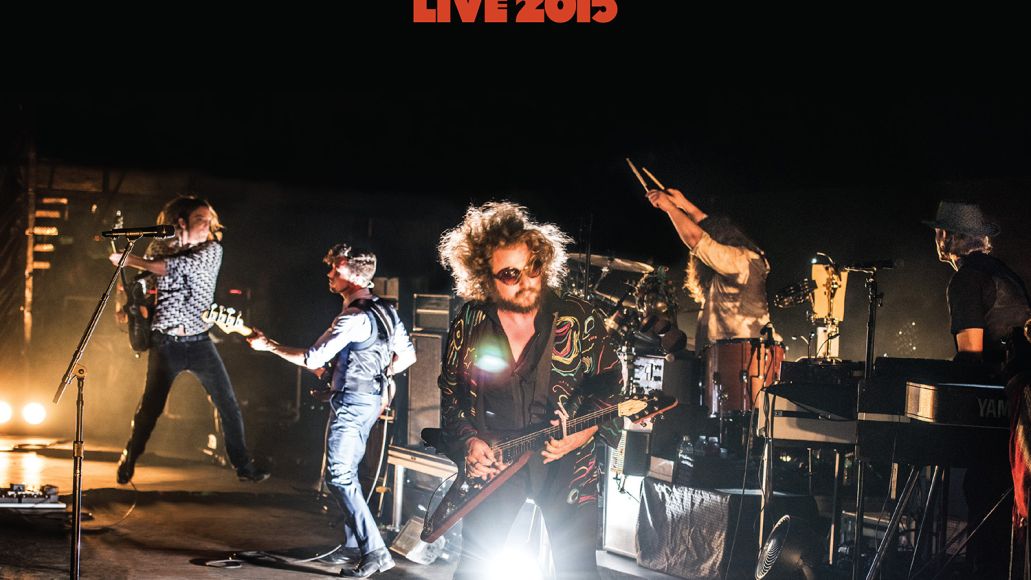