Whoever said old-school hip-hop and R&B were dead hasn’t seen the lineup for Once Upon a Time in LA, an epic one-day fest going down at Banc of California & Exposition Park on December 18th, 2021. Al Green is the main headliner, and while that’s incredible enough on its own, the fest’s lineup is also stacked with West Coast icons like Snoop Dogg, 50 Cent, Ice Cube, The Game, Cypress Hill, E-40, and tons more. This is, in fact, not a fairytale.

Before the pandemic rendered live music practically obsolete, a fest called Lovers & Friends was supposed to happen in LA with a similar focus on ‘90s rap and R&B. While we’ve heard no details yet about that event being rescheduled, Once Upon a Time in LA will almost definitely fill the Lovers & Friends void. 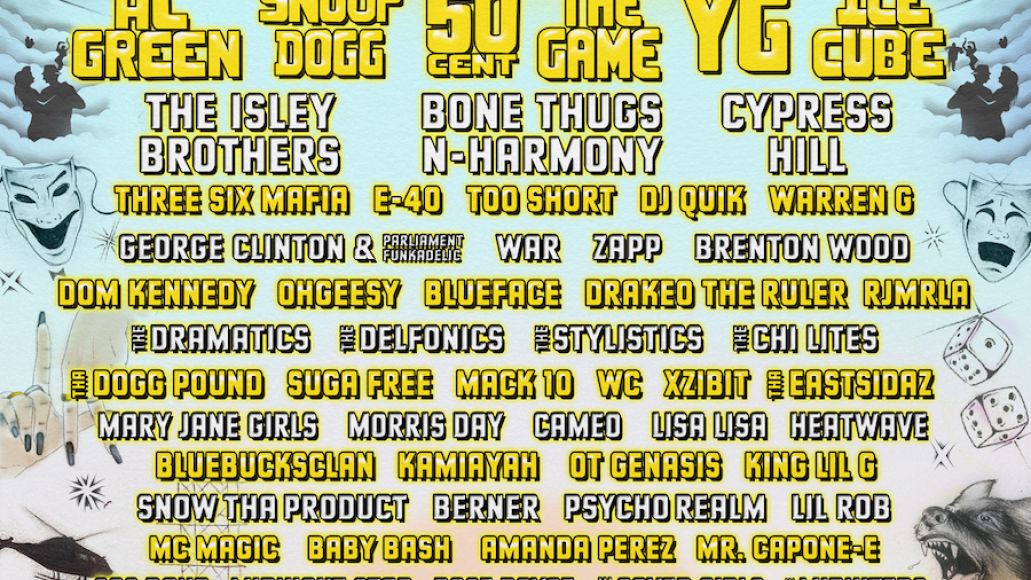