Post Malone joined the ranks of celebrities with porcelain veneers over the weekend, giving the procedure his own vampire-inspired twist by getting diamond fangs put in at the same time.

According to TMZ, he spent a total of $1.6 million on cosmetic upgrades. The dental procedure was performed by celebrity dentist Thomas Connelly with cosmetic dentist Naoki Hayashi.

The two diamonds reportedly weigh 12 carats combined and were created by Isaac Bokhoor’s team at Angel City Jewelers. Post is a frequent customer at the Los Angeles store, where he previously purchased an opulent 40-carat yellow diamond ring and 29-carat Dallas Cowboys chain.

Check out a close-up photo of Post Malone’s diamond fangs before they were installed in his mouth below.

His new bling isn’t nearly as expensive as Lil Uzi Vert’s now-removed $24 million forehead diamond, but the fangs are presumably a more permanent commitment than a piercing.

Lil Uzi Vert’s Jeweler on Forehead Diamond: “It’s As Safe As Any Other Piercing”

Post’s most recent album is 2019’s Hollywood’s Bleeding. In February, he released a cover of Hootie & the Blowfish’s “Only Wanna Be with You” as part of Pokémon Day’s 25th-anniversary celebration, for which he also headlined a virtual concert.

The singer-rapper is set to play several of the major festivals this year, including Lollapalooza, Rolling Loud Miami, and Governors Ball. 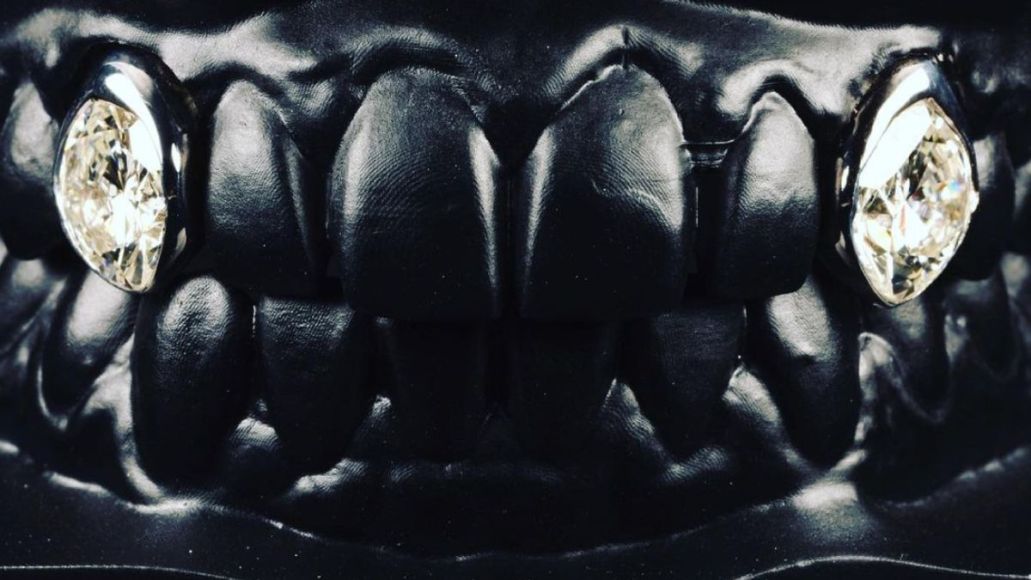