Shadows Fall have announced a one-off reunion show on December 18th at The Palladium in Worcester, Massachusetts.

The metalcore pioneers have invited a stacked bill of support acts including Unearth, Darkest Hour, Within the Ruins, Sworn Enemy, and Carnivora. It will be Shadows Fall’s first concert in six years, temporarily ending a long hiatus.

“As the wise prophet D.L.R. [David Lee Roth] once said, ‘I HEARD YA MISSED US, WE’RE BACK,'” commented singer Brian Fair in a press release. “I couldn’t be more excited to be getting back onstage with my brothers in Shadows Fall and there is no room I would rather do it in than The Palladium in Worcester. It has been six years since we last played a show and we are ready to unleash the fury like Yngwie.”

According to Fair, the band members had been trying to find a time to align their busy schedules for a possible reunion. For example, guitarist Jonathan Donais is now a full-time member of Anthrax. The holiday season turned out to be the best time to convene in the home state of Shadows Fall.

“This is the only show we have planned so shine up your dancing shoes, stretch out your neck, crack a brew, and get your ass to Massachusetts!” Fair added. “[Guitarists] Matt [Bachand] and Jon [Donais] started this band 25 years ago and it still amazes me that the music we made allowed us to travel the world, share the stage with legends, and put out a ton of records that I will always be proud of. This show is a way for us to celebrate the music and thank all of the people that supported us through the years and helped us live the dream. I can’t wait to rage through songs from our entire catalog with a bunch of metalhead Massholes maniacs! I’ve said it before and i’ll say it again — there ain’t no party like a Shadows Fall party.”

Shadows Fall released eight proper studio full-lengths after forming in 1995, helping to shape the metalcore sound. The band’s most recent LP is 2012’s Fire from the Sky.

Check out the show poster below. 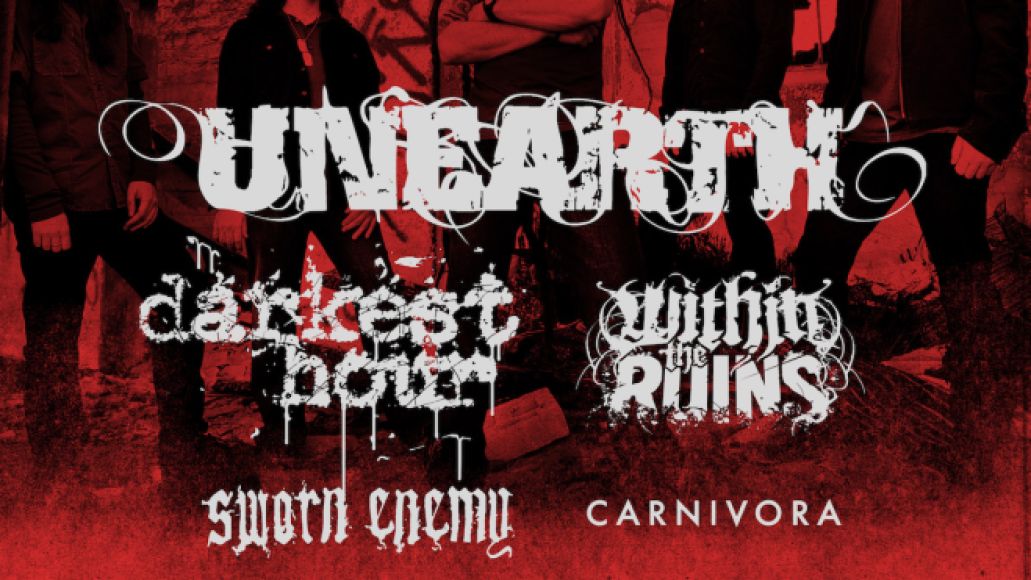