Bust out your Tune Squad jerseys because Republic Records and has revealed the complete tracklisting for Space Jam: A New Legacy.

In addition to lead single “We Win (Space Jam: A New Legacy)” by Lil Baby and Kirk Franklin, the soundtrack will include an eclectic roster of brand new contributions by the Jonas Brothers (“Mercy”), BROCKHAMPTON (“MVP”), John Legend (“Crowd Go Crazy”), and more.

All of the artists on the 16-track LP were revealed via a special video announcement, which kicked off with LeBron James passing the basketball to Bugs Bunny — who subsequently keeps the action going by tossing the ball to the JoBros, Aminé and Lil Baby in turn before it’s snagged by the Tazmanian Devil. Fellow Tune Squad team member Lola Bunny also makes an appearance between the likes of Anthony Ramos, Big Freedia, and Lil Tecca. Eventually, the clip ends with the basketball being passed to Daffy Duck, who realizes too late that it’s magically turned into a live bomb.

Other artists rounding out the soundtrack include 24kGoldn with a guest assist from Lil Wayne (“Control the World”), Saweetie featuring Salt-N-Pepa and Kash Doll (“Hoops”), Leon Bridges (“My Guy”), and Chance the Rapper (“See Me Fly” featuring Legend and Symba).

Watch the video announcement and check out the complete tracklist and cover art after the jump.

Space Jam: A New Legacy will be released to streaming platforms and retailers July 9th, just one week before the film hits movie theaters around the country on July 16th. 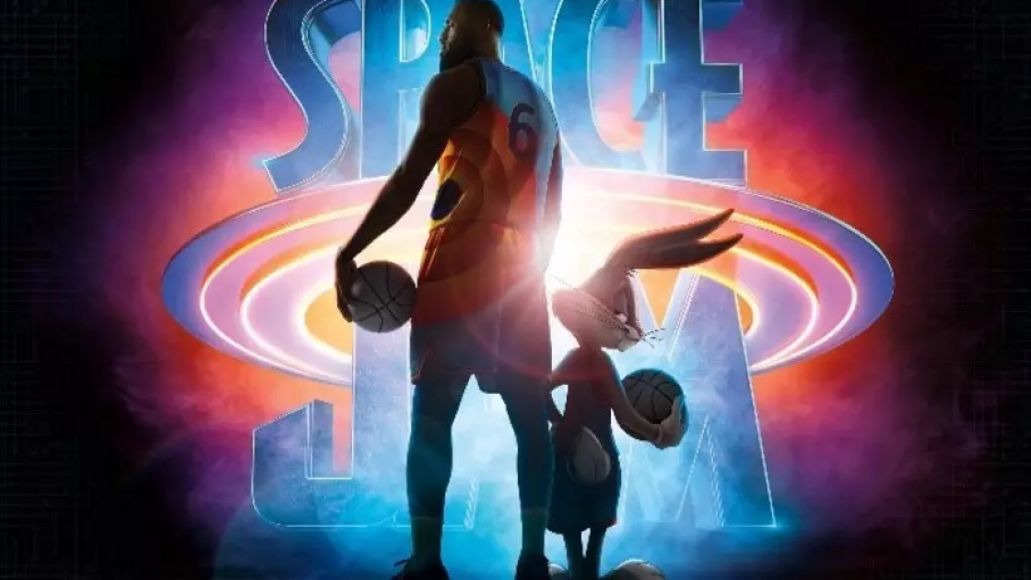