This article originally ran in 2016 and has been updated for the 30th anniversary of Terminator 2 ahead of July 1, 2021.

Welcome to another installment of Vs. This time, in celebration of Terminator 2: Judgment Day‘s 30th anniversary, Mike Vanderbilt and David Buchanan battle over whether the original or the sequel kills it more.

The Case for The Terminator 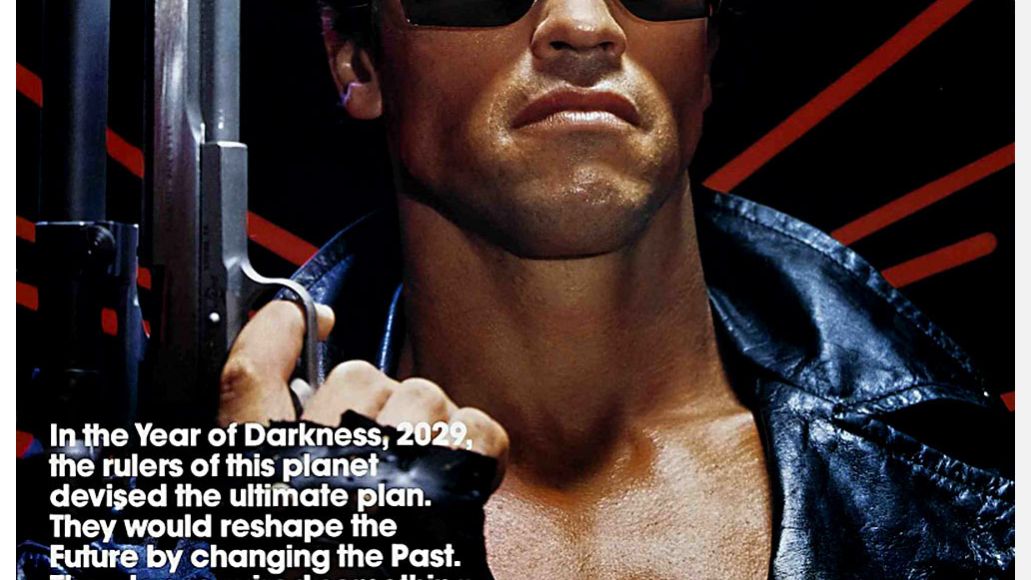 The Terminator was a surprise hit in the fall of 1984, surprising audiences and critics alike with its blend of sci-fi, horror, brutal action, and a surprisingly bittersweet love story. James Cameron — a graduate of the Roger Corman school of hard knocks — cut his teeth on low-budget fare such as Battle Beyond the Stars and Piranha 2: The Spawning before selling the rights for The Terminator to producer (and fellow Corman protégé) Gale Anne Hurd, with the promise that she would only produce it if Cameron got to direct it.

John Daly backed the film through his Hemdale Pictures moniker, and Orion distributed it. While as a youngster, James Cameron’s sequel appealed to me more with its “A Boy and His Terminator” plotting — replete with an ending cribbed from Old Yeller — it was as I got older that I realized that Cameron’s original is a much smarter, tauter affair than the more juvenile T2.

The Terminator is the best kind of science fiction, utilizing fantastic elements to create a very human story containing themes of hope, family, fate, destiny, and fear. The actual plot of the film is very simple, which is part of why the movie works so well: a robot from the future is here to kill a young waitress, and another time traveler is here to stop that. This is long before The Terminator became the first film in a franchise with a mythology that keeps getting more convoluted with every movie, television series, and video game released.

The Terminator works as a tightly plotted, one-shot film. While the film employs cyborgs, a soldier from the future, and time travel, at its core The Terminator is the smartest slasher movie this side of Halloween and arguably even more terrifying. At least Michael Myers and Jason Voorhees were human at one time, and that compassion is displayed once in a while, usually with a cock of the head. Even the shark from Jaws is simply acting on billions of years of instinct. The titular Terminator is programmed to do one thing and one thing only, as Kyle Reese explains to Sarah Connor:

“It can’t be bargained with. It can’t be reasoned with. It doesn’t feel pity or remorse or fear. And it absolutely will not stop, ever, until you are dead.”

This makes for a truly terrifying villain who is turned into a cuddly teddy bear who only shoots his victims in kneecaps by the time the sequel rolls around. Again, when comparing Arnold Schwarzenegger’s T-800 to other horror movie villains: Don’t want to tussle with Jason? Stay out of the woods. Don’t want to be a hot lunch? Stay out of the water. It’s doubtful that Mike Myers would ever leave Haddonfield’s city limits. The Terminator is specifically programmed to make sure that one person­ — Sarah Connor — is executed. As Reese explains during his interrogation by Dr. Silberman, “He’ll find her! That’s what he does! That’s ALL he does! You can’t stop him! He’ll wade through you, reach down her throat, and pull her fuckin’ heart out!”

That tension of being hunted is taut and almost unbearable over the film’s runtime. The Terminator arrives in 1984 right after the opening credits, and from that moment, he is on the hunt for Sarah Connor. Even when the film slows down after the police station massacre to concentrate on the bittersweet love story between Michael Biehn and Linda Hamilton’s time-crossed lovers, there is an overwhelming sense of dread that The Terminator may be right around the corner, ready to complete his mission. Cameron’s sequel is a bloated 137 minutes and hits most of the same beats as the original, but drags along like a limping T-600 model up until the Cyberdyne siege, and with no love story, it just leaves viewers feeling cold and the film feeling very mechanical, very robotic.

Cameron’s original film takes itself very seriously, which serves it very well when dealing with a villain as brutally violent as a murderous cyborg. Cameron’s script doesn’t waste time explaining away the more fantastic and science fiction elements — he smartly covers up the film’s rules of time travel with a great throwaway line (”I didn’t build the fucking thing!). Instead, the writer/director chooses to concentrate on the plight of Sarah Connor, which recalls Chris McNeil’s dilemma in The Exorcist wherein she, an atheist, has to accept her daughter is possessed by a demon because all of the other explanations have run out. Sarah Connor is forced to believe that everything Reese has stated is truth, as do the 30 or so police officers that the T-800 terminates in the police station.

That said, The Terminator is not without moments of levity; however, unlike its sequel, the humor comes from the characters rather than very dated, very ‘90s one-liners. Two of the funnier moments in the 1984 film come when The Terminator requests a “phased plasma rifle in the 40-watt range” from Dick Miller’s (the presence of whom alone should give The Terminator the win over T2) sporting goods clerk, to which Miller responds, “Hey, just what you see pal,” and when the T-800’s neural net processor must come up with an appropriate response to a nosey superintendent (“Fuck you asshole”).

While both scenes are played for laughs, neither are intrusive on the story or appear to be inserted into the film simply to build a trailer. Even one of the most iconic lines of Schwarzenegger’s career (“I’ll be back”) originates in this film, as more of a matter-of-fact moment in Cameron’s script that just gets The Terminator into the police station, moving the plot along. “Hasta la vista, baby?” That’s a calculated attempt to sell coffee mugs and t-shirts.

The Terminator is the work of a hungry filmmaker in Cameron and superstar in Schwarzenegger, people who were willing to take risks, making a brutal, violent, smart film that has one foot in low-budget exploitation and the other moving forward towards the crowd-pleasing, Hollywood-approved action cinema of its sequel. Terminator 2 falls under the weight of both the director’s ego and Schwarzenegger’s star power.

Gone is Arnold’s cold, deliberate, primal portrayal of a merciless killing machine (and contrary to popular belief, that requires a great bit of acting), and it’s replaced with a talking robot toy meant to line the shelves at the local Toys R Us. Cameron, on the other hand, becomes more focused on delivering spectacular special effects than an original tale, recycling ideas cut from the first film while hitting all of the same beats: introduction of the Terminators, big action scene, take a break for character development, showdown in a factory.

All of that said, Terminator 2: Judgment Day is by no means a bad film. Despite the softening up of Cameron’s original tale of technology gone awry, T2 features impressive computer-generated effects and plenty of terrific action setpieces. Even Terminator 3: Rise of the Machines is a pretty good B-movie, saved by a terrific ending masking nihilism with hope, though the less said about Salvation and Genysis the better. However, when holding Judgment Day up to the original, all of its flaws are magnified. Ever since Terminator 2, the mythology of the series has been twisted and contorted so much that it’s hard to comprehend The Terminator as simply a one-shot film, but despite what the modern geek may think, countless sequels and reboots do not undercut the power of the original (or ruin childhoods).

Sunrise, Sunset, or Midnight: Debating the Best Film in Richard Linklater's Before Trilogy

Who Was the Greatest James Bond of Them All?